He had a flamboyant personality. King Ludwig II died 125 years ago under mysterious circumstances and that mystery is partly what lures thousands of tourists each year to his castles in Bavaria. 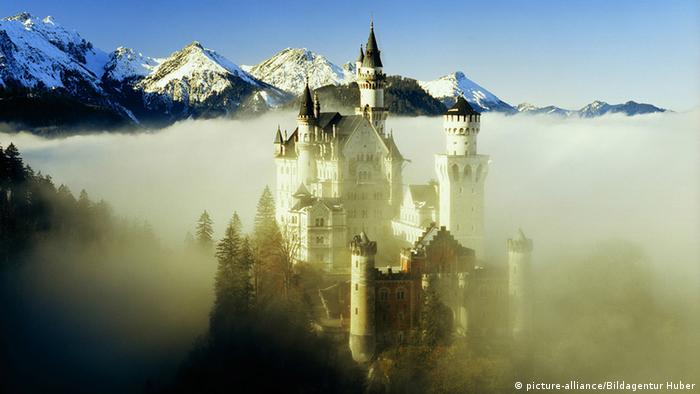 The more people try to trace information about King Ludwig II, the more complex and elusive the man appears to have been.

Sometimes called the "Swan King" or the "Fairytale King," Ludwig II of Bavaria was monarch from 1864 until he was dethroned before his death in 1886. He lost his job as king on grounds of alleged mental illness, and was found a day later - along with his psychiatrist, Bernhard von Gudden - in Lake Starnberg, near Munich. It remains unclear whether their deaths resulted from suicide or murder.

Gabriele Weishäupl, a Munich-based tourism expert, said theories abound about the deaths. "Some say it was murder, some believe it was suicide," she said. "Others have postulated that Ludwig II killed his psychiatrist and was so upset about what he had done, that he had a heart attack himself.

"That's not entirely implausible," she noted, "but there are other theories that are outlandish."

A patron of the arts 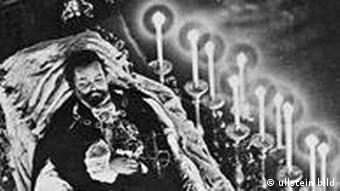 A showing before Ludwig was laid to rest

It was less his style of reigning and more his affinity to art and architecture that has made the king legendary, however. Fairytale-like castles and palaces were his brainchildren. He commissioned the construction of several, most notably Neuschwanstein, which draws tourists from every continent.

King Ludwig was also a patron of the arts and a great lover of Richard Wagner's operas. It is said that Wagner would not have been able to complete his "Ring des Nibelungen" without Ludwig's aid, and the monarch also sponsored premieres of Wagner's operas.

Ludwig's passion for opera was so great, he often had Wagner's operas performed for himself, alone, in Munich's Staatsoper. "He would sit in the Wittelsbach theater box alone, and soldiers would have to sit down and act as the audience so the acoustics would be better," tour guide Gertrud Schaller explained.

Yet, despite Ludwig's quirky, extravagant habits, Munich also owes its Staatstheater to him.

Going out in style

There are plenty of souvenirs commemorating Ludwig

Even Ludwig II's funeral is a bit of an enigma. His tomb lies in Munich's St. Michael's Church and it is said that, shortly after Ludwig's coffin arrived, a severe storm passed through.

"With thunder and lightening raging, King Ludwig was carried to his grave," Schaller relayed. "A flash of lightening slashed through, throwing several people up against the church wall. Then, a deafening crack of thunder resonated."

Still, Ludwig II's legend lives on and that's why Munich drummed up plenty of activities, as well as paraphernalia, to honor the monarch 125 years after his death.

King Ludwig II of Bavaria was a headstrong monarch whose tragic death has only served to shape his lasting legacy. (01.08.2011)

Heidelberg, the old university town on the Neckar River, is among Germany's most popular destinations for foreign travellers. Tourists just can't get enough of the castle ruins, the narrow alleys and historical flair. (31.07.2012)

We start our trip on the island of Reichenau, stop off at the Lake Dwelling Museum in Unteruhldingen and follow one of Germany's most beautiful routes, the German Alpine Road, to the church in Wies, near Steingaden. (31.07.2012)

Neuschwanstein Castle is said to have inspired Walt Disney. This is the untold story of the Bavarian castle, which attracts 1.5 million visitors a year, and is also known as the 'castle of the fairy tale king.'