Facebook, Amazon, Google — why did they get so big, so fast? Economists say winner-takes-all "network effects" make such firms natural monopolies — and that we can expect network effects to become ever more important. 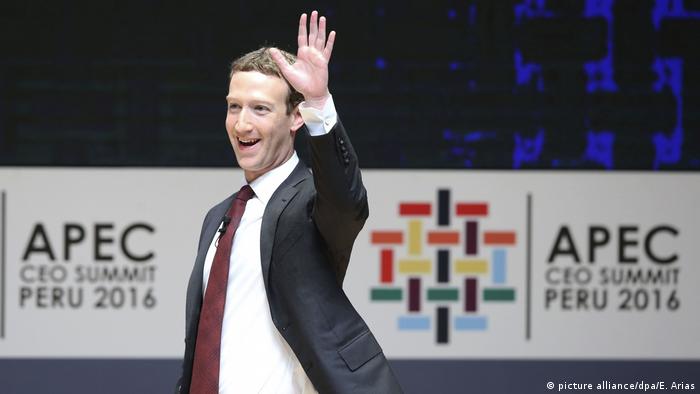 The Facebook website was launched on February 4, 2004, from a dorm-room at Harvard College in Boston. At the time, sign-up was limited to Harvard students — a very small and specialized market. The website was a simple online website application of paper "face-books," which are booklets organizers prepare for participants in some workshops, classes or conferences, showing pictures and mini-biographies of the people attending.

A couple of months ago, on July 26, 2017, just eleven years later, the website had about 2 billion active members. The market valuation of Facebook's stock exceeded $500 billion (416 billion euros). Its 2016 revenues were $27.6 billion, of which an astounding $10.2 billion were net income. The company is wildly profitable, and its main founder, Mark Zuckerberg, pictured at top, is rumored to be considering taking a run at the US Presidency.

Facebook is one of only four publicly traded companies with valuations over the half-trillion-dollar mark. The others are Apple, Google parent company Alphabet, and Microsoft. All of the most valuable public companies in the world are digital-economy companies, and even the oldest of them was founded quite recently, in the late 1970s.

What's going on here? Why did these companies grow so big, so fast?

The reason, say economists, is simple, and it's the same in all four cases: All of them benefited from the "network effect."

The network effect is the simple principle that the more members or users a social network has, the more attractive it becomes for other people to join as well, because the usefulness of the network goes up with the number of users. 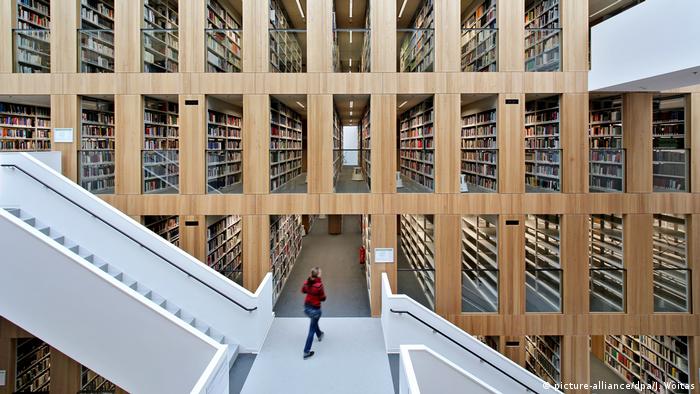 The new library building at the Steintor campus of the University of Halle in Germany. Given that written and pictorial information has migrated en masse to the web, it's interesting that some universities still invest in buildings designed to house paper books

"Once a social network effect-based company gains a clear leading position compared to competitors, it becomes so clearly more attractive than its competitors that a winner-takes-all trend sets in," Stefan Sackmann, a professor of business information management at the University of Halle, told DW. "This is an accepted fact in studies of internet economies."

Some specialist social network websites have survived in parallel, such as LinkedIn for business professionals, or Twitter, which specialized in short-form messages.

But it's an open question whether they'll survive as independent companies in the long term. Other social media companies, like WhatsApp, have already been absorbed by Facebook, and it won't surprise economists if the company stages buyouts of more such businesses in future.

Direct competitors to Facebook, like MySpace or Google+, have been left behind — not necessarily because these social media services were in any way technically less well-developed, but rather because Facebook, for whatever idiosyncratic reasons, achieved higher visibility and more widespread popularity in the late 2000s, establishing itself as the unbeatable leader through network effects. 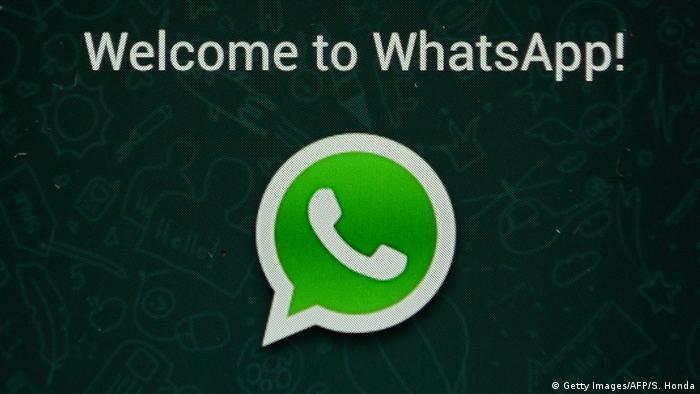 Facebook's $19-billion takeover of WhatsApp in 2014 is indicative of the power of network effects. Facebook was essentially paying for WhatsApp's user base

Facebook's absorption of social instant-messaging service WhatsApp — for which Zuckerberg's firm paid a staggering $19 billion in a 2014 takeover deal  is an example of a phenomenon proessor Sackmann expects to see more of in future: Deep-pocketed dominant firms that have achieved winner-take-all status in some particular aspect of the digital economy will try to extend their dominance systematically into other areas.

Amazon.com, Sackmann pointed out, started as an online bookseller. Now it sells pretty much any and every legal product.

Google.com has used its dominant position in online search, and the vast ad revenues it takes in, to invest in many other apps, online services and businesses. As of December 2016, Alphabet, the holding firm created by Google's founders, had acquired more than 200 companies.

Among other things, Alphabet has quietly bought up some of the world's leading artificial-intelligence and robotics firms, clearly with a view to establishing a pole position in what is certain to become a critically important industry of the future. 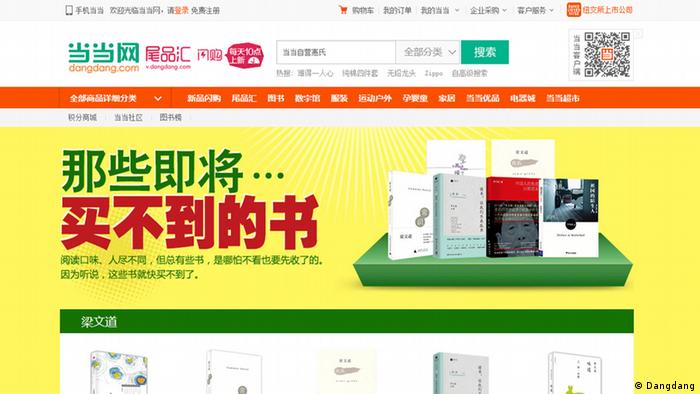 Amazon.com dominates online retail in the USA and Europe. As in other businesses, including social media, a different company occupies the same space in China. China's biggest online bookseller is Dangdang (screenshot)

Facebook itself has invested heavily in virtual reality (VR) technology — it bought industry-leading startup Oculus Rift for $2 billion in July 2014.

"Virtual reality technology is another area in which we can expect to see network effects take hold," Sackmann said.

Network effects are already powerful in online gaming environments, but every game is its own world. Some individual games become very popular and attract ever more users, but it would be difficult for a single multiplayer online game development company to dominate the online games sector as a whole.

Suppose, however, a company were able to establish a "walled garden" of VR technical standards according to which games from different publishers had to function in order to work with the most popular hardware system — or conversely, that game publishers began designing games specifically for a particularly popular VR hardware system. 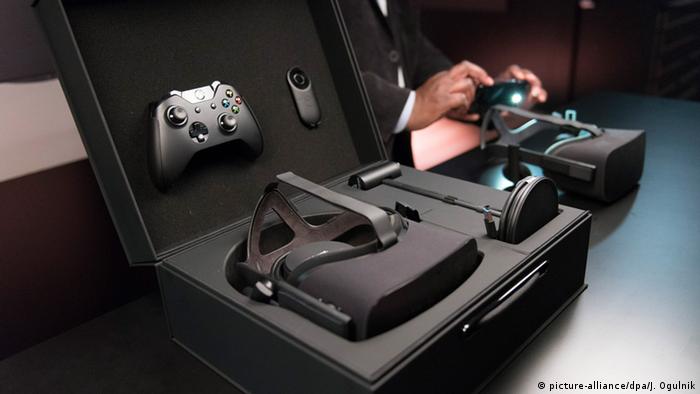 Facebook's Oculus Rift VR goggle technology could emerge as such a system, thanks to its early start in the sector and to the financial power of the mothership, leading to a symbiotic relationship between Facebook as a hardwaremaker and a connected ecosystem of games development companies.

At the same time, Facebook's own games developers could reinforce an Oculus Rift winner-takes-all trend by drawing on the company's very deep pockets to build compelling games.

Fitness and health
Sackmann cited fitness-tracking and health-tracking devices as another technology which lends itself to network effects: "Users of fitness trackers like to compare themselves with other users."

As fitness trackers become more sophisticated, big-data techniques will allow fitness bracelets to monitor an increasing number of physiological data in real time. The cloud-based system to which each bracelet is connected will be able to compare an individual's physiological real-time data flow with the data from millions of other users, and draw on these data to warn the user when his or her physiological data point toward health risks. Network effects will come strongly into play. 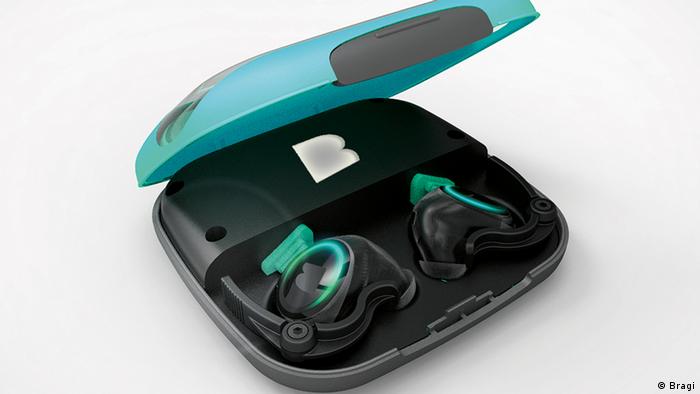 A fitness tracker hardware set dubbed "The Dash" by startup Bragi. In the end, as in every other industry, a shake-out will cause most fitness-tracker makers to fold or be absorbed by bigger companies. One major player will dominate, because of network effects. There's no telling who that major player will be - but it's worth noting that Apple and Google's parent company Alphabet have both invested heavily in 'wearables' in recent years

"A company called Garmin is a major player in fitness tracking, at present," Sackmann observed, "but one might speculate that if an extremely wealthy company like Facebook or Google sees opportunity in the fitness and health monitoring market in future, it might enter that market, and either buy Garmin, or overwhelm it by investing heavily in a competitor to Garmin."

Sackmann concluded that as information flows become more ubiquitously attached to both people and things in future, via the Internet of Things as well as further development of human-centered social media, the scope for network effects — and hence for winner-take-all business dynamics — will only grow.

Mega-corporations like Amazon and Facebook are becoming more powerful. And their growth shows no signs of slowing down. They are in the public eye -- but are they also above the law?