The Dutch ambassador to Iran was recalled for consultations after diplomats at its embassy in Tehran were expelled, Foreign Minister Stef Blok said. Two months ago Iran was accused of being behind political killings. 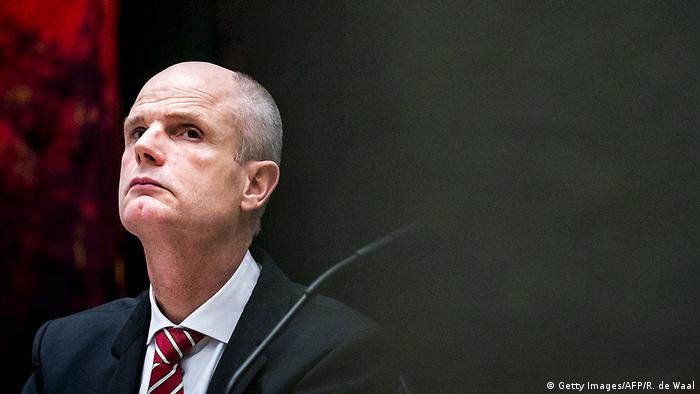 The Netherlands recalled its ambassador to Iran on Monday after Iran expelled two members of its diplomatic staff.

"The government has decided to recall the Dutch ambassador in Tehran for consultations," Blok said in a statement. "This decision follows the announcement by the Iranian Ministry of Foreign Affairs that two Dutch diplomats at the embassy in
Tehran have been declared persona non grata and have to leave the country."

Iran expelled the two staff members in February amid a row between the two countries about the murders of two Iranian dissidents in 2015 and 2017.

The foreign minister said Iran's move was itself a tit-for-tat response to the Netherlands' expulsion of two Iranian embassy workers in June 2018 "due to strong indications from [Dutch intelligence] that Iran has been involved in the liquidations on Dutch territory of two Dutch people of Iranian origin."

The EU last month approved sanctions against two Iranian nationals for their involvement in thwarted assassination attempts in France and Denmark.

The two were Assadollah Asadi and Saeid Hashemi Moghadam. Asadi is a diplomat accredited to the Iranian embassy in Vienna who was arrested last year and extradited to Belgium. Moghadam is a deputy chief in Iran's Ministry for Intelligence and Security.

Iran has denied any involvement in alleged plots in Europe.