Netherlands, Norway go Dutch on prisons | Europe | News and current affairs from around the continent | DW | 21.05.2016

Norway's prisons are bursting at the seams, which is why authorities there have decided to outsource their prisoners to the Netherlands. Hang-Shuen Lee visited one of the facilities in Veenhuizen. 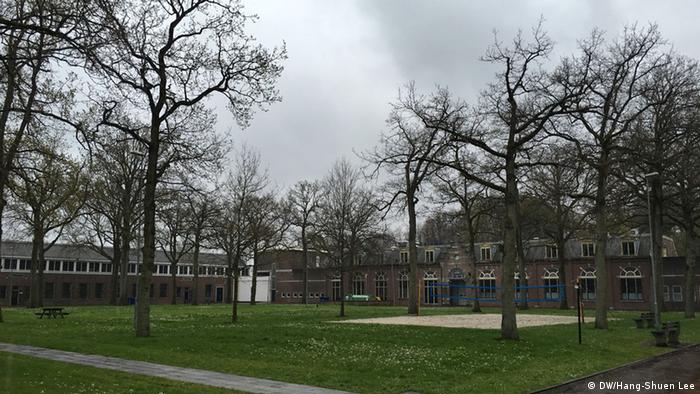 Tranquil, remote and in the middle of the countryside, Veenhuizen is a small village located in the northern part of the Netherlands. For about 200 years, the prison industry has been an important economic provider for the people here. Not only does it have two relatively large jails and a national prison museum, but about half of the locals also work in the sector.

Since September 2015, the village has even gone international. Norway has been sending convicts there to ease demand on its prison beds. The Dutch, on the other hand, are more than happy to receive prisoners to keep their over-abundant cells occupied.

Norgerhaven, the prison now rented to Norway for at least three years, is meant to be a temporary, win-win solution for both countries. Behind the gates, about 240 convicts live in a half-enclosed but fully-equipped world: a Dutch facility where Norwegian legislation applies. Apart from the cells, various facilities such as a library, a fitness studio, assembly hall and recreation rooms are scattered around the prison complex. Between the buildings, there is a yard which reinforces the importance of nature in Norgerhaven. A vast green field and a small canal can be seen along the way to the factory where the convicts work. 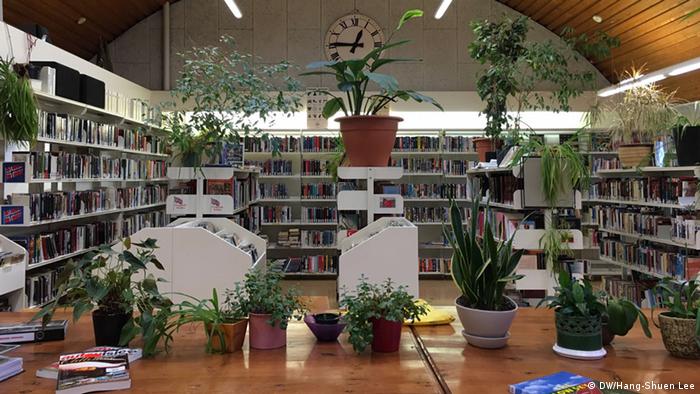 Karl Hillesland's office is situated close to the yard. This is where the Norwegian officer deals with his various duties as the governor of the prison. Dressed neatly in his blue uniform with yellow epaulettes and a patch with the word "Fengsel" ("jail" in Norwegian) on his chest, Hillesland explains that the administration here is extremely complex. "It's a small community here," he tells DW. The prisoners come from 55 different nations and have various cultural backgrounds. They have different demands, and are given work and opportunities to improve their skills by attending courses. Help is provided by 240 trained Dutch workers who work as security officers, teachers, librarians, and dentists, among many other things. However, the cross-country cooperation has complicated the administrative tasks even more.

For both countries, the move was essential. A steady drop in crime rates and judges' focus on non-custodial sentences in the Netherlands have left more than a third of its 13,000 cells empty. Several prisons have already been closed down. According to Klaas Smid, the mayor of Noordenveld, the municipality to which Veenhuizen belongs, the prisons are not only important for the village. "The whole northern region of the Netherlands has a high unemployment rate […] so it is very important that the prisons remain open," Smid told DW. Norway, on the other hand, has been struggling with the problem of under-capacity for some years now. "Our speed of building cells cannot catch up with the rising need caused by population increase," Ove André Vanebo, state secretary with the Norwegian Ministry of Defense, told DW.

The principle of normalization

Norwegian jails are famous for their generosity. Some offer private bathrooms, recording studios and even saunas. However, as Vanebos reveals, the Norgerhaven facility has an even higher satisfaction rate than most Norwegian prisons. Sixt-four percent of the inmates in Norgerhaven came voluntarily.

For Jan Roelof van der Spoel, the Dutch facility manager of the prison, the smooth cooperation is a result of similar standards enjoyed in Norway. "It wouldn't work with any country," he says, as he and Hillesland walk along the yard. Both Norway and the Netherlands, he says, aim to prepare prisoners for a better life once they're released. "We don't add extra punishment to the fact that they lose their freedom [...] we look for a certain amount of autonomy within the restriction of these buildings." For instance, he adds, prisoners wear their own clothes and use their names instead of numbers. This is part of the so-called normalization principle to remind convicts that they are still part of society.

But there are other factors that make Norgerhaven stand out. The possibility of Skyping, which is not available in most Norwegian prisons, is a key factor. "Seeing family members on screen is very different to phone calls; it's a virtual visit," says van der Spoel. Besides, the environment here also plays a big role. "In many prisons you just look at bricks and walls. Here we have fences. If you're lucky you may see a fox," says Hillesland. 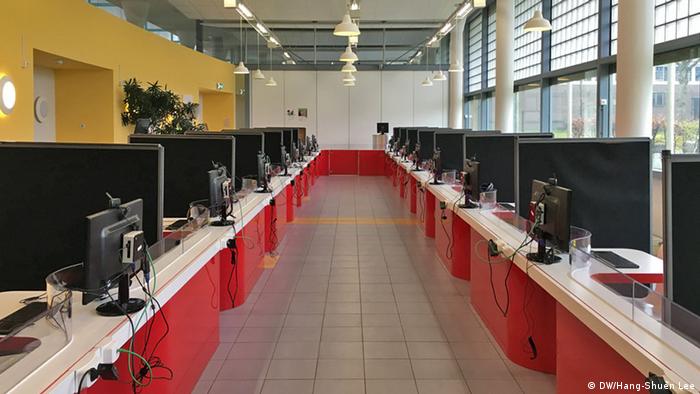 As the two men make their rounds, three young inmates in their sportswear come across and greet them. Another man in a white T-shirt is practicing trumpet in the prayer room. He thanks both for letting him practice in the room, and performs a song which he will play in the next religious service. The building where the prisoners live is a few steps away. On the ground floor, a man is cooking his own meal in the kitchen next to a billiard table. A muscular man in his early forties, named Kaya, passes by. The Turkish national, who spent most of his life in Germany, is among one of those who applied for Norgerhaven voluntarily.

Freedom above all else

Kaya is due to stay in Norgerhaven for two months, after spending almost a year in an ordinary Norwegian prison. His cell is not spacious, but big enough for one person, and has a view of a large green field. A flat-screen TV is hanging on the bedstead to provide some entertainment. In terms of furnishing, the cell in Norway was no worse. "I lived in one of the most modern prisons," he says, "but when you are imprisoned you don't need luxuries, but good regulations," he told DW. 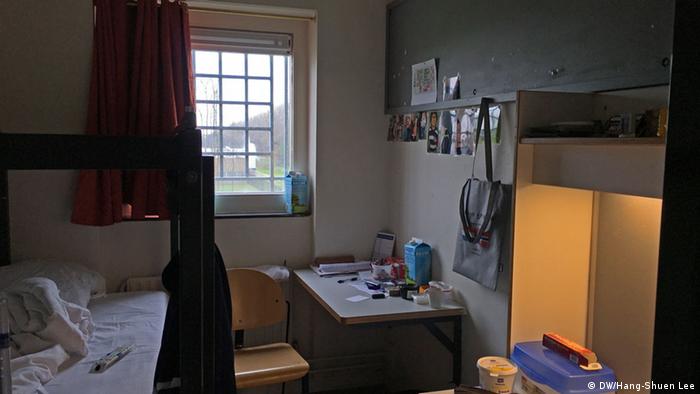 Most of the prisoners applied for the Norgerhaven facility voluntarily

Kaya says he has more spare time at his disposal in Norgerhaven. Prisoners usually work for half a day in the factory; for the other half, they are free to choose between different activities. Kaya uses most of his time for sport and reading in the library. "Time flies here, and you feel much freer," he says. Kaya's family in Bremen also visits him more often than they used to, as their home is only 200 kilometers away.

In less than two months, Kaya will embrace real freedom. Although he's happy with the situation in Norgerhaven, Kaya is not convinced that the stay has helped him prepare for a better life after his sentence. The courses on offer, such as English and math, simply do not interest him much. Kaya, who used work at a shipyard building cruise liners, is more of a craftsman.

Only time will tell

In the coming two-and-a-half years, both Hillesland and van der Spoel will continue with efforts to improve the administration. So far, language has not been a big problem, since most of the prisoners speak English and interpreters are there to help. For them, the difficult part of running a new prison is turning theory into practice. Implementation is sometimes less successful than planned. But both are eager to take up the multifaceted challenges. "There is no such thing as daily routine; every day is so different," says Hillesland.

Not even the respective governments know what will happen to the jail after the contract expires. The renting period might be extended for another two years, if needed. While the Norwegians are building more cells to tackle the problem at home, the prison population in the Netherlands will continue to fall. "I would like the Norwegians to stay as long as possible," van der Spoel says." We still have too many cells here in the Netherlands. As long as our Norwegian colleagues stay here, this prison will remain and all these people working here will have a job."