Israeli Prime Minister Benjamin Netanyahu has met Russian President Vladimir Putin to discuss Moscow's weapon deliveries to Syria. The leaders focused on how to keep their armed forces out of each other's way. 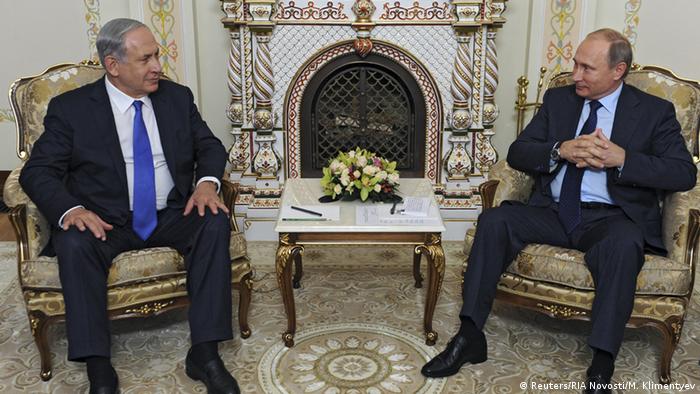 At a meeting in Moscow on Monday, Netanyahu and Putin decided they would coordinate their military actions in Syria to avoid accidentally trading fire.

"My objective was to prevent misunderstandings between IDF [Israel Defense Forces] units and Russian forces," Netanyahu told reporters, adding that he and Putin had "agreed on a mechanism" to prevent such events.

Earlier, the Israeli prime minister had said it was important to remove misunderstandings between the two countries forces. Israeli planes have, on occasion, bombed neighboring Syria after suspecting Assad's forces of delivering weapons to the anti-Israeli Hezbollah, which is based in neighboring Lebanon and has Iran's support.

Iran in turn, with the help of the Syrian army, was "trying to set up a second terrorist front on Golan Heights," which was captured by Israel in 1981, Netanyahu told diplomats in Moscow.

Putin rejected Netanyahu's concerns of Assad's forces opening up a second front. "We know that the Syrian army and Syria as a whole are in such a state that they have no time for a second front. They need to save their own state," the Russian president said, adding that he "understood" Israel's concerns.

Moscow's actions in the Middle East "always were and will be very responsible," Putin stressed.

The two leaders were also due to discuss the stalled peace process between Israel and the Palestinians. Palestinian President Mahmoud Abbas was arriving in Moscow on Wednesday, the Kremlin said in a statement. 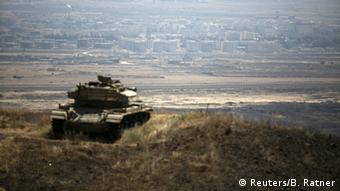 Moscow to tie up with Assad?

Moscow has dismissed US concerns, saying it has been reinforcing Assad's military to fight the "Islamic State" (IS). Its leaders have also been involved in diplomatic efforts to try and make US forces against the IS join hands with President Assad.

Israel opposes Assad's regime, but has largely avoided being dragged into the Syrian conflict. However, following the international nuclear deal with Iran, Netanyahu is afraid that military aid in Latakia, on Israel's northeastern border, may embolden anti-Israeli groups like the Lebanon-based Hezbollah. The group, in turn, is supported by Iran, which has been a growing threat for Israel ever since western powers signed a nuclear deal lifting economic sanctions on Teheran.

Russia takes advantage of Western reluctance in engage in Syria

Russia may soon bolster the Syrian army by deploying ground troops, allowing Moscow to expand its influence on the developments in the Syrian war. Western states are doing less and less to resist Russian policies. (20.09.2015)

Moscow’s actions in Syria have raised concerns in Washington. US Secretary of State John Kerry has placed his third call in 10 days to his counterpart Sergei Lavrov. (16.09.2015)