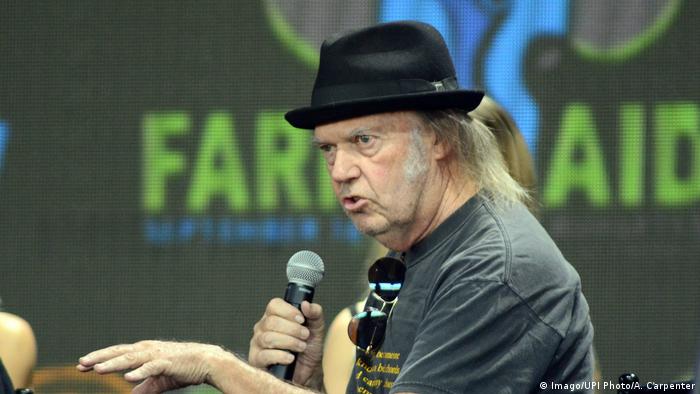 In the copyright infringement suit, it is stated that the plaintiff (Young) "in good conscience cannot allow his music to be used as a 'theme song' for a divisive, un-American campaign of ignorance and hate."

Trump's re-election campaign had played two songs of Young's – Rockin' in the Free World and Devil's Sidwalk at a rally at Tulsa, Oklahoma, last month.

"Imagine what it feels like to hear Rockin' in the Free World after this President speaks, like it is his theme song. I did not write it for that," Young had written in an earlier complaint on July 3 on the "Neil Young Archives" website.

Trump's campaign is yet to respond to Young's lawsuit, which is seeking $150,000 in damages for each infringement.

Young first objected to the use of his tunes in 2015 during Trump's first shot at the presidency. At the time, Trump's campaign ended up inking licensing agreements with the American Society of Composers, Authors and Publishers (ASCAP) and Broadcast Music, Inc. (BMI), to use pop songs at events.

Read more:  'Hail to the Thief': Music in political campaigns

You can't always get what you want

The open letter argued that the unauthorized use of their songs in political contexts without permission could confuse and disappoint fans and even "undermine an artists' long-term income."

The family of late rock musician Tom Petty has already issued a cease-and-desist order against Trump's campaign after the Tom Petty and the Heartbreakers song I Won't Back Down was played at the rally in Tulsa.

"Trump was in no way authorized to use this song to further a campaign that leaves too many Americans and common sense behind… Tom Petty would never want a song of his to be used in a campaign of hate. He liked to bring people together," his family said in a statement.

While still alive, Petty had explicitly objected to Republican George W. Bush using the exact same tune in the 2000 campaign.

The Rolling Stones have also threatened to sue Trump's re-election campaign after their hit classic You Can't Always Get What You Want was played at the Tulsa rally. "The BMI have notified the Trump campaign on behalf of the Stones that the unauthorized use of their songs will constitute a breach of its licensing agreement", the band said.

Legal experts have in the past questioned whether such objections would be likely to stand up in court, however, arguing that people would not necessarily infer that a musician supported a politician simply because one of their songs was played at a rally.