Nearly 200 nations have agreed on a draft text for a deal due at the end of 2015 to fight climate change. The document contains a range of proposals, but critics say it's unlikely to produce a strong final agreement. 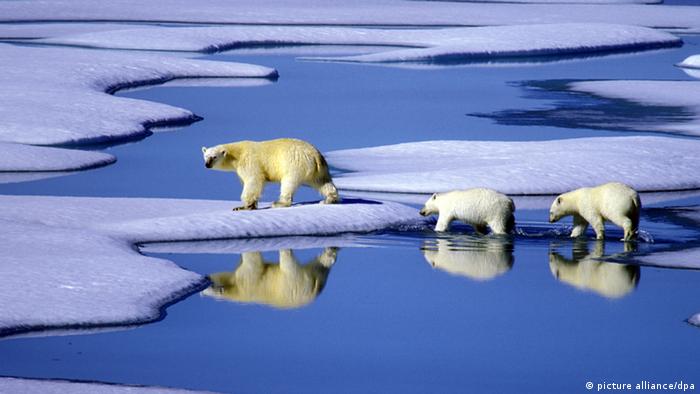 A global deal to fight climate change is to be negotiated at the end of the year in Paris, and a text agreed to in Geneva on Friday will serve as the blueprint during those talks.

Delegates from 195 UN member states agreed on an 86-page draft text as the official basis for the climate talks in Paris. The draft more than doubled in lengths from 38 pages in an earlier document, which might lead to more difficult negotiations. The text resulted from week of talks in Geneva during which countries could add text without any checks.

The document has radically different proposals for fighting climate change. One foresees a phase-out of net greenhouse gas emissions by 2050, another vaguely seeks a peak of emissions "as soon as possible."

UN climate chief Christiana Figueres admitted the range of options in the draft means governments have considerable work to do. But she added it was important to kick off the negotiations with a text that covered everyone's concerns.

"There is no one country that wants to be left behind by an agreement that will have an impact on their future," she said.

Negotiators from island and low-lying nations, however, were particularly concerned that the draft would not do enough to protect their homes.

"It is as if 195 authors were trying to write one book together," said Admed Sareer, a diplomat from the Maldives who leads the Alliance of Small Island States. This group stressed the importance of drastically reducing emissions and the risks of rising sea levels.

Climate activists were disappointed by the draft.

"The really important questions were postponed," said Martin Kaiser from Greenpeace Germany. He referred to the importance of issues such as a fair distribution of financial burdens related to climate targets.

Jan Kowalzig from Oxfam voiced concern that "countries like the USA or China will push a very weak deal at the negotiations in Paris, because the EU will not be able to forge strong alliances with other countries."

UN climate talks get into gear in Geneva

UN negotiators are meeting in Geneva for a new round of talks this week. With 2014 recognised as the hottest year on record, there is increasing pressure for a global climate pact to curb greenhouse gas emissions. (08.02.2015)

For years, meteorologists have been observing a discrepancy between climate models and global warming in the real world. But an international team of researchers claims this is just a fluke. (29.01.2015)