A court in Hungary has charged Laszlo Csatary, one of the most-wanted alleged Nazi war criminals. After spending much of his post-war life on the run in Canada, the 98-year-old had spent his recent years in Hungary. 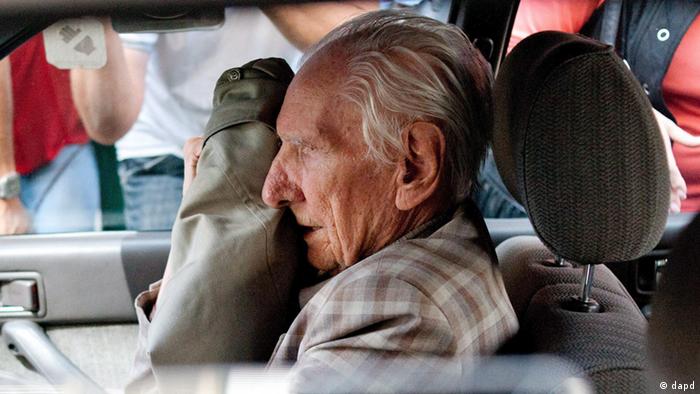 Hungarian prosecutors have charged Laszlo Csatary with war crimes committed during World War II. They say he helped deport thousands of Jews to the Auschwitz concentration camp. The 98-year-old had been under house arrest since last year after many years spent living in Hungary.

"He is charged with the unlawful execution and torturing of people thus committing war crimes partly as a culprit, partly as an accomplice," Bettina Bagoly, a spokeswoman for the Budapest Chief Prosecutor's Office said, adding that Csatary's case would go to trial within three months.

Few survivors are still alive as Europe commemorates the liberation of Nazi concentration camps on January 27. In Kosice, Slovakia, for example, Edita Salamonova is thought to be one of four who survived deportation. (23.01.2013)

Csatary was the Royal Hungarian Police commander in the city of Kassa in Hungary (present-day Kosice in Slovakia) during the war. In control of a Jewish ghetto, Csatary helped organize the deportation of some 15,700 Jews to Auschwitz. He was also accused of having inhumanely exercised his authority in a forced labour camp and brutalizing the inhabitants of Kassa.

He was convicted by a court in what was then Czechoslovoakia in 1948 and sentenced to death.

Csatary escaped to Canada in 1949 and settled in Montreal as an art dealer. In 1997 his Canadian citizenship was revoked because he was found to have lied on his citizenship application. He fled the country two months later.

Following information from the Simon Wiesenthal Center in 2011, Csatary was located in Hungary and first taken into custody in 2012.