New Zealand director Taika Waititi took home the Toronto Film Festival's audience award for his coming-of-age comedy set in Nazi Germany. The prize is seen as one of the best predictors for Oscar winners. 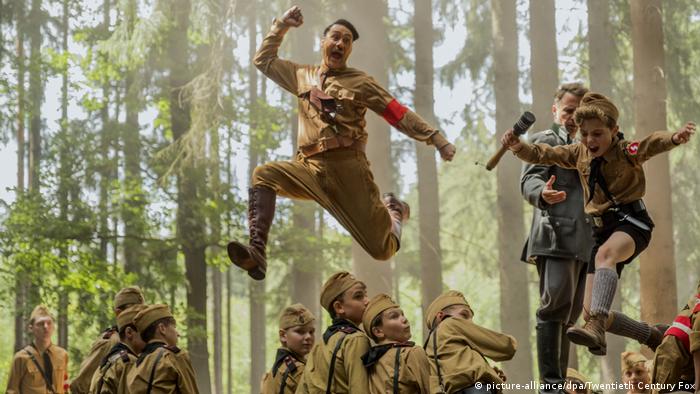 The festival's People's Choice award has a history of predicting Academy Award success. Over the past ten years, almost every Toronto audience award winner has gone on to be nominated for best-picture at the Oscars.

"Jojo Rabbit" is a coming-of-age comedy about a 10-year-old boy growing up in Germany during World War II who finds out his mother, played by Scarlett Johansson, is hiding a young Jewish girl.

Throughout the film, Jojo confides in his imaginary friend Adolf Hitler, who is played by Waititi.

Read more: Movies under Hitler — between propaganda and distraction

The New Zealand filmmaker, who is known for directing "Thor: Ragnarok" and "Hunt for the Wilderpeople," also took home the festival's director award.

Meryl Streep won the festival's inaugural actress prize for her role in the Panama Papers thriller "The Laundromat," while Joaquin Phoenix took home the inaugural actor award for his leading role in "Joker."