The first full exercise of NATO's new rapid reaction force is taking place in eastern Europe. The Organization's chief said the alliance was implementing its biggest defense reinforcement since the Cold War. 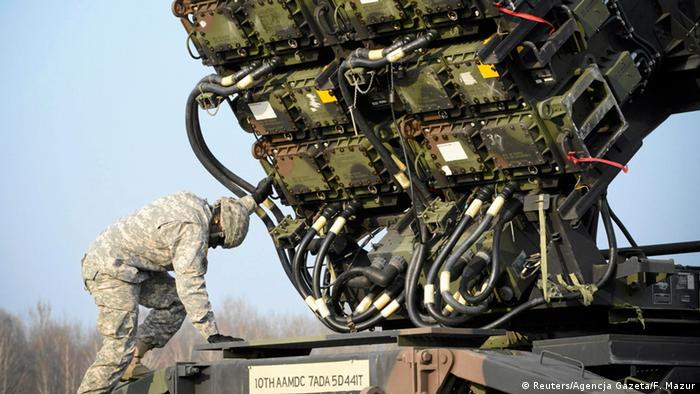 The North Atlantic Treaty Organization (NATO) created the rapid reaction force to deter Russia from taking any action against its eastern European allies which were once governed from Moscow.

Some 2,100 soldiers from Belgium, the Czech Republic, Germany, Hungary, Lithuania, the Netherlands, Norway, Poland and the United States have been taking part in the NATO exercises over the last week.

"NATO is facing a new security environment, both caused by violence, turmoil, instability in the south, ISIL in Iraq, Syria, North Africa but also caused by the behaviour of a more assertive Russia, which has used force to change borders, to annex Crimea and to destabilise eastern Ukraine," NATO Secretary General Jens Stoltenberg told reporters in Zagan in western Poland on Wednesday.

"We are responding, and we are doing so by implementing the biggest reinforcement of our collective defenses since the end of the Cold War and the Spearhead force is a key element of this reinforcement, and it's great to see that it's functional, and that it's exercising here in Poland," Stoltenberg said.

The exercises are a test of NATO's Very High Readiness Joint Task Force (VJTF) which was set up after last September's summit in Wales. The meeting had discussed how to reinforce NATO's eastern limits and concerns over Russia.

NATO troops are testing their readiness to react and cooperate in the face of a potential crisis in the Allied Shield exercise in Poland, the Baltic states and in Romania.

Drills are also being held at Poland's northwestern range in Drawsko Pomorskie. The annual BALTOPS exercises on the Baltic Sea will include an amphibious landing of 700 allied troops on a beach in Ustka in northern Poland.

Tension has been particularly high in the Baltic states, which were controlled by the Soviet Union for nearly fifty years until the early 1990s. Russia's annexation of Crimea early last year and its support for separatists in eastern Ukraine triggered concern among NATO's regional members.

Poland and Romania have been in talks with Washington to have US army heavy equipment permanently stationed on their territory to speed up deployment in an emergency. A US decision is expected over the summer.

On Tuesday Russian President Vladimir Putin announced a substantial re-armament program for Russia including "over 40 new intercontinental ballistic missiles capable of penetrating even the most technologically advanced missile defense systems."

NATO's chief Jens Stoltenberg has said Russia's President Vladmir Putin was engaging in destabilizing and provocative activities. Moscow has announced it would add dozens more missiles to its nuclear Arsenal. (16.06.2015)