Two Sioux nations in South Dakota have said that Governor Kristi Noem is undermining both their sovereignty and their health. Indigenous populations have been especially hard-hit by the pandemic. 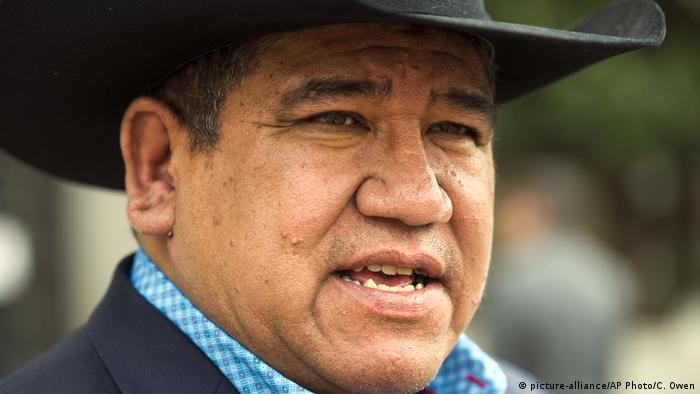 Harold Frazier, chairman of the Cheyenne River Sioux, said he would not apologize for tribal land being an "island of safety"

The Ogala Sioux and Cheyenne River Sioux nations in the US state of South Dakota continued on Monday to reject attempts by Republican Governor Kristi Noem to force the tribes to take down coronavirus health checkpoints on their land.

On Friday, Noem had threated legal action if the checkpoints on federal and state highways were not removed within two days, a move that would violate both tribal sovereignty as well as existing agreements between the state and Sioux governments. The checkpoints are part of the measures the tribes have put in place to stop the spread of the pandemic in their territory.

Harold Frazier, chairman of the Cheyenne River Sioux, said "we will not apologize for being an island of safety in a sea of uncertainty and death…You continuing to interfere in our efforts to do what science and facts dictate seriously undermine our ability to protect everyone on the reservation."

His sentiments were echoes by Ogala Sioux President Julian Bear Runner, who said in a video posted to Facebook that "we have an inherent and sovereign right to protect the health of our people, and no one, man or woman, can dispute that right.

"Your threats of legal action are not helpful and do not intimidate us. The only way we can get through this is to work together as a nation."

State lawmakers call on Noem to back down

The governor had claimed that the tribes were defying a deal not to close or restrict highways without consulting the state government first. 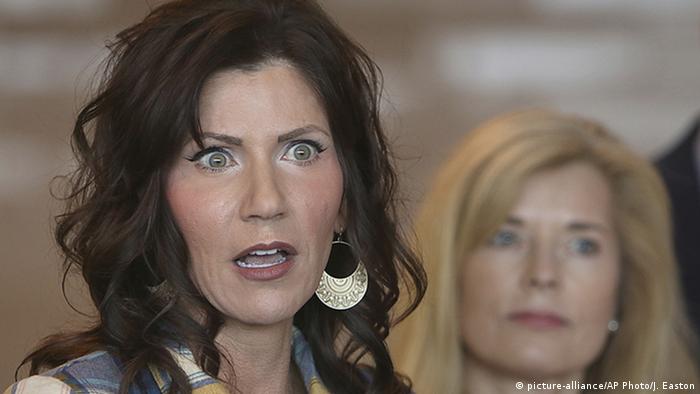 However, as Frazier pointed out, the tribes have met with several state bodies to discuss the checkpoints, and the health controls are not restricting commercial trade, as Noem claims.

Over the weekend, 17 state lawmakers signed a letter requesting Noem seek a diplomatic solution and not a legal one, adding that a lawsuit would "cost the people of South Dakota more money." Despite the letter, Noem reiterated her intention to sue on Sunday.

Noem is one of many Republican governors analysts have accused of trying to restart their state economies too early under pressure from the party and the White House. South Dakota is the site of the Smithfield pork processing plant, the site of a major COVID-19 outbreak after US President Donald Trump forced meat factories to remain open throughout the crisis.

Data from several state with large Native American populations have shown that Indigenous groups, along with African American and Latino communities, are being hit especially hard by the pandemic. In Arizona, for example, Native people account for 16% of deaths despite being only 4.6% of the population.

Last week, more than a dozen tribes across the US announced they were suing the federal government over a delay in federal pandemic relief funding. According to the stimulus package agreed to by the US Congress and signed by President Trump, $8 billion was to be allocated to hard-hit Indigenous nations. However, lawyers for the tribes say they have not received any of the funding due a dispute with the Trump administration, which is arguing that for-profit businesses run by Native Americans in Alaska, a state valuable to US oil interests, should be allocated some of the funds.

Three top White House officials tasked with overseeing the US pandemic response have gone into quarantine after they were exposed to the deadly virus. The three had contact with an infected White House staffer. (10.05.2020)