The UN Security Council was on the cusp of voting on a bill that would have supported a truce in global conflicts to better tackle the COVID-19 outbreak. The US prevented the vote, blaming China and the WHO. 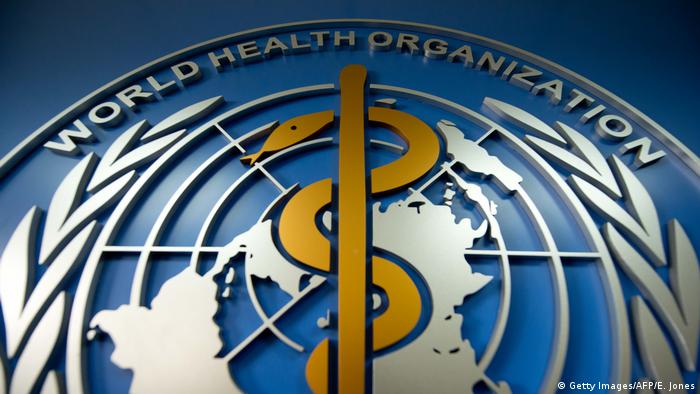 The United States has prevented a vote by the United Nations Security Council on a resolution urging a ceasefire in war-ravaged countries to focus resources on the fight against the coronavirus pandemic, according to diplomats.

"The United States cannot support the current draft," the country's delegation told the 14 other members of the security council on Friday.

US diplomats told reporters later that ongoing disagreements with China were a factor in this decision. China had "repeatedly blocked compromises that would have allowed the Council to move forward," one diplomat told AFP news agency.

The draft procedure would have allowed the sponsors of the bill, France and Tunisia, to put it to a vote. The draft called on all nations to "enhance coordination" in tackling the virus and called for a cessation in hostilities around the world.

"In our view, the Council should either proceed with a resolution limited to support for a ceasefire, or a broadened resolution that fully addresses the need for renewed member state commitment to transparency and accountability in the context of COVID-19," said a US State Department representative.

US rejects mention of WHO

The US also refused to support language that the Security Council planned to use in the draft to describe the World Health Organization (WHO). US President Donald Trump last month announced the US would suspend funding to the WHO, making China the largest financial supporter of the Geneva-based body.

The draft procedure highlighted the "urgent need to support all countries, as well as all relevant entities of the United Nations system, including specialized health agencies." This was seen as an implicit reference to the WHO, but did not directly name the UN agency in order to appease the US.

It appears that the reference was still too explicit for the US. Trump previously accused the WHO of downplaying the seriousness of the outbreak in January in order to protect China and refusing to publicly condemn the Asian superpower.

UN chief Antonio Guterres began pushing for a global ceasefire since March 23. Worries for the repercussions of a coronavirus outbreak are growing in war-torn areas like Idlib in Syria and Yemen.

By restricting travel and closing borders, African nations hope to curb the spread of the coronavirus. But the measures also affect the movement of peacekeepers and aid, potentially intensifying conflicts. (07.05.2020)