Narendra Modi is set to become India's next premier after his party, the BJP, won a thumping electoral victory. Analysts say that despite the historic results, the new government faces a myriad of challenges. 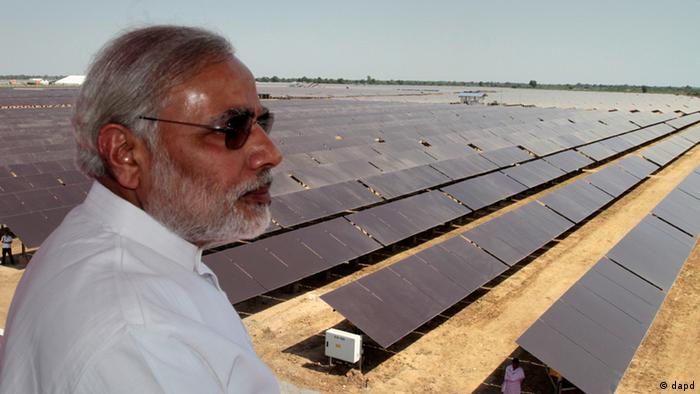 "India has won, good days ahead," wrote Narendra Modi on his Twitter account shortly after it became clear that his Bharatiya Janata Party (BJP) was leading in a majority of constituencies and was set to win an outright majority in the April-May general elections, a prospect that even the most optimistic election surveys did not predict.

According to the latest reports, the BJP won 283 seats, crossing the 272-mark needed to form the government on its own, while the ruling Congress party suffered a humiliating defeat securing just 43 constituencies of the 545-member lower house of the Indian parliament (Lok Sabha), its worst performance since India's independence in 1947.

According to Milan Vaishnav, South Asia expert at the US-based Carnegie Endowment for International Peace, the BJP's landslide is "truly historic." The fact that the party was able to secure an outright majority in parliament represents "an unprecedented victory," said Vaishnav. 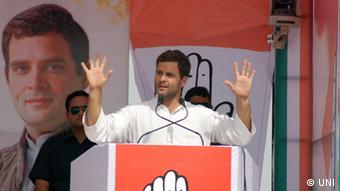 The results threw several surprises. Many experts had argued that the BJP would fail to win an absolute majority; thus requiring the backing of other regional parties to form the government. One factor supporting their argument was the era of political coalitions that seemed to have taken hold in the world's largest democracy.

However, several parties that were expected to play a prominent role post-election, such as the Aam Aadmi Party (AAP) - which ran on an anti-corruption plank - suffered a debacle at the ballot box, and the BJP's landslide victory turned all the projections of a fractured parliament upside down.

The outcome has given Modi a strong mandate to govern. During his election campaign, the BJP repeatedly trumpeted its PM nominee's track record in the economic development of his native state of Gujarat - where he has served as chief minister since 2001 - promising to repeat the performance nationwide, if voted to power.

Rajiv Biswas, chief Asia economist of the analytics firm IHS, says this clear mandate grants Modi the flexibility to implement the much-needed reforms to promote India's economic expansion. "The BJP's victory is likely to herald a revival in the nation's fortunes, with the potential to boost GDP growth back to over 8 percent by 2017," said Biswas.

Markets reacted positively to the news of "pro-business" Modi in the lead; with the benchmark index Sensex jumping more than 6 percent to an all-time high of 25,375 points. At the same time, the nation's currency also strengthened on the back of strong inflows of foreign money in the hope that a future Modi-led government will accelerate the economic reform and liberalization process. 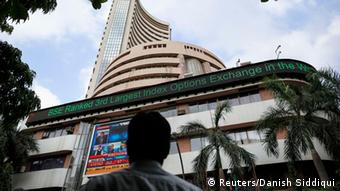 Modi has promised to create millions of new jobs and tame persistently high inflation. Now that he has won an overwhelming majority, "he will be expected to deliver a quick economic turn-around," said Vaishnav in a DW interview.

Michael Kugelman, a South Asia expert at the Washington-based Woodrow Wilson International Center for Scholars, points out that despite the BJP's poll triumph, it will have a "very difficult road ahead" in leading the nation through the immense challenges it faces.

"The BJP has been praised for constructing massive infrastructure and development projects in the state of Gujarat, and it will want to do this across India. Yet this will be a huge challenge due to India's stumbling economy," Kugelman told DW.

This view is shared by political analyst Vaishnav who believes "it will be extremely difficult, if not impossible, for Modi to implement the 'Gujarat model' at a national level because of New Delhi's limited levers of power over the states, the sprawling central bureaucracy and the need to forge coalitions."

Modi will hence have to make compromises he did not have to face when he ran Gujarat for the past 12 years, he added.

On the foreign policy front, it is widely believed that Modi will mainly focus on relations with neighbors, particularly with Pakistan and China. "Modi's chief objective with these countries will be to deepen relations through commercial cooperation," said Kugelman, adding that India's prime minister-in-waiting would be "pleased to see a most-favored nation relationship consummated with Islamabad."

Beyond the immediate neighborhood, it is expected that the incoming BJP-led administration is likely to strengthen and reinforce ties with countries such as Japan and Russia, with which New Delhi traditionally enjoyed a close relationship.

Furthermore, relations with the US - which have been strained for the past several months - will also be impacted by Modi's victory, particularly against the backdrop of Washington denying a visa to the Indian politician.

But the Obama administration already declared it would work with the Indian leader, if elected. In fact, the White House issued a statement shortly after the announcement of the election results saying that Modi was welcome to visit the US. "The US-India relationship is too important for Washington to allow it to get sidelined - or even hijacked - by this visa issue," explained Kugelman.