As the supporters of India's prime minister-in-waiting, Narendra Modi, celebrate an almost certain landslide victory in the general election, many "secular" Indians say they are deeply disappointed. 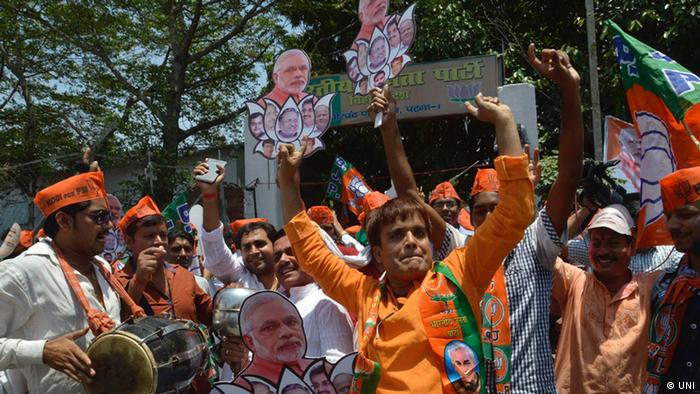 There were high expectations across India as vote counting started in the morning of May 16. After the longest election in the country's electoral history, and the highest voter turnout ever witnessed, the question on everyone's mind was: "Will there be a clear winner?"

The results indicated a major victory for the Hindu nationalist Bharatiya Janata Party (BJP) which even extented to states which had historically been strongholds of the ruling Indian National Congress party. Soon, the supporters of the BJP's prime ministerial candidate, Narendra Modi, flocked to the streets dancing and distributing sweets to celebrate the historic victory. The Congress party was quick to concede its worst-ever defeat since the country's independence in 1947. 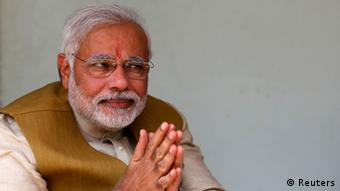 According to early results, the BJP won more than the 272 seats needed for a parliamentary majority in the 545-member Lok Sabha (the lower house of parliament). Together with its allies, the party is expected to secure over 330 seats.

"India has won. Good days ahead," Modi wrote on Twitter before heading to his home state of Gujarat on Friday. The politician is admired by many for spearheading the economic success of Gujarat as chief minister, but regarded by his critics as a "fascist" responsible for one of India's worst communal riots.

"It is a tsunami that has swept the country," said Ravi Shankar Prasad, the BJP's general secretary, referring to his party's electoral victory. The effects of the BJP's "tsunami" could also be seen on the Indian stock market which rallied on Friday following the pro-business Modi's win in the national poll.

India's Business leaders have traditionally stayed away from politics, but this time round, they decided to run for office. But can they make a difference? (15.05.2014)

The stock markets reached a record high, while the Indian currency, rupee, jumped to a 10-month high. Jagan Reddy, a student, believes the BJP will be a much better alternative to the current Manmohan Singh-led government. "This is a resounding victory for the BJP. We are hopeful that things will change for the better. We hope that a Modi-led government will look after our interests," Reddy told DW.

The BJP won in many important Indian states including Rajasthan, Delhi, Gujarat, Himachal Pradesh and Uttarakhand. More importantly, it made enormous strides in the northern state of Uttar Pradesh.

"The BJP's victory in some states is so convincing that it even proved the opinion polls and analysts wrong," G. V. L. Narasimha Rao, a poll analyst, told DW. "We were expecting a BJP win in these states, but not with such majority," he added.

If the BJP's success was of historic proportions, so was the Congress party's defeat. The Congress-led United Progressive Alliance ruled India for a decade. But it seems the voters got fed up with it this time around. The party is expected to win less than 50 seats in parliament.

"We have to do introspection. This is disturbing, and obviously we never expected such a rout in this election," Jairam Ramesh, a cabinet minister, told DW. 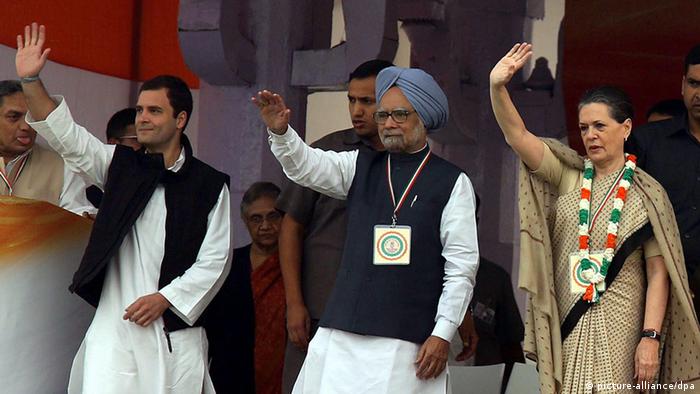 The Congress party has been "wiped out"

Gloom was writ large on the faces of many senior Congress leaders. "This is a serious wake-up call and we are still trying to come to terms with the results. But this is not the end of the Congress party. But yes, it is a setback," said Ashwini Kumar, a former minister.

Many liberal Indians have expressed shock at the poll results. "India will soon have the dubious distinction of having the largest number of people in human history to have democratically voted for a proudly fascist government who spews vomit on democratic ideals," Shakuntala Banaji, a lecturer at the London School of Economics, wrote on her Facebook page.

The BJP is projected to win four of the five states that went to the polls over the past month. The results could set the course for India's general election in 2024.

As Punjab state goes to the polls this week, new political parties affiliated with farmers' unions want to continue the momentum of India's agrarian protest movement.