Mystical Islam 'under threat' in Pakistan

European experts of mystical Islam fear for the future of religious diversity under growing extremism in Pakistan. Mystical Islam, they say, does not play a big role in people's lives now as it did in the past. 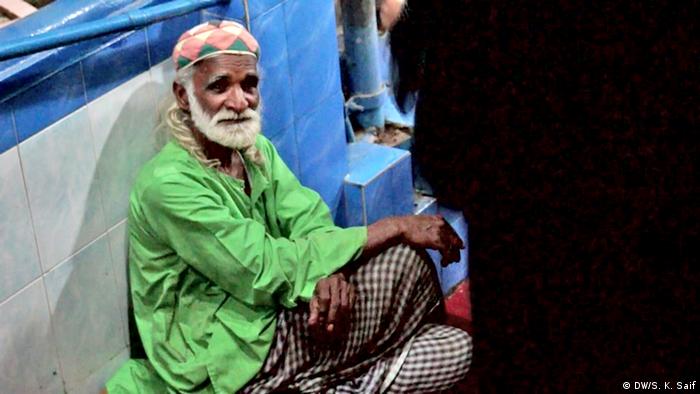 Sufism, the mystical path in Islam to get closer to God, has been practiced for centuries in the Muslim world. It has also deeply influenced individuals, philosophers, writers and theologians beyond Muslim countries. German social scientist Jürgen Wasim Frembgen and French historian Michel Boivin are two such scholars who have researched extensively on sufism, sufi music and sufi shrines in Pakistan.

The two European experts shared their thoughts on the fast diminishing sufi culture in Pakistan at the Goethe Institute in Karachi recently. Frembgen, a lecturer in Islamic Studies at the University of Munich, said in his speech that the future of Sufism in Pakistan was under threat of extinction.

The scholar praised the inclusiveness and pluralistic environment at the Sufi shrines. Frembgen added that these were sacred places where outsiders and strangers were always allowed and tolerated. Sufism served to build bridges for love, harmony and tolerance for centuries, he said. 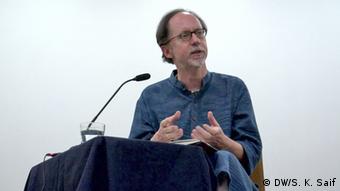 Pluralism is at the heart of mystical Islam, Frembgen

"Sufism does not play a prominent role in Pakistani society any more. We know that a number of hardline Islamist and political movements are not in favor of it in Pakistan. Sufism is 'haram' or forbidden in their ideology," Frembgen said.

Pakistan, a country of over 170 million people with a Sunni-Muslim majority, has hundreds of shrines where devotees go in quest for inner peace. The rise of terrorist attacks in the country has also taken a toll on such places of worship.

At the Sufi festival of saint Abdullah Shah Ghazi in Karachi last month, the number of devotees was notably smaller compared to the past. This shrine was targeted by two suicide bombers two years ago leaving ten people dead.

Music in the midst of violence and madness

Pakistan makes headlines for religious extremism, Islamist militancy and suicide bombings. But is this the real face of Pakistan? The country's artists, musicians and writers say there is a different side to the country. (15.03.2013)

The militants - most of whom belong to the Saudi-Wahhabi sect of Islam - have attacked a number of Sufi shrines in many Pakistani cities in the past, killing scores of devotees, who mostly belong to the minority Shiite Islamic group or the majority Sunni Barelvi sect.

Historians say that both Shiites and Barelvis believe in a wide cultural interpretation of Islam and seek inspiration from the Persian and Arabic saints, who played a role in spreading Islam throughout the Indian subcontinent. Many Shiites and Barelvis also revere mystics of Indian origin and regularly visit their shrines. These Muslim saints are also loved by Hindus, Sikhs, Christians and Jews in South Asia.

On the contrary, the Wahhabis, who are a relatively smaller group among the Sunnis, believe in "puritan Islam" and consider pilgrimages to shrines outside of the Islamic faith to be against the teachings of the prophet Muhammad.

Frembgen also expressed grief over the renovated architecture of some Sufi shrines under the influence of Wahhabism. He said that the artistic beauty of these shrines had been tainted by monotonous ceramic tiles as part of the renovation. Experts say it is proof that more and more Pakistanis are adopting Wahhabi culture.

But all is not lost, believes French scholar Michel Boivin.

"Sufi places are not only threatened but attacked in different parts of Pakistan, but Sufi festivals are still attended by countless devotees," Boivin told DW. 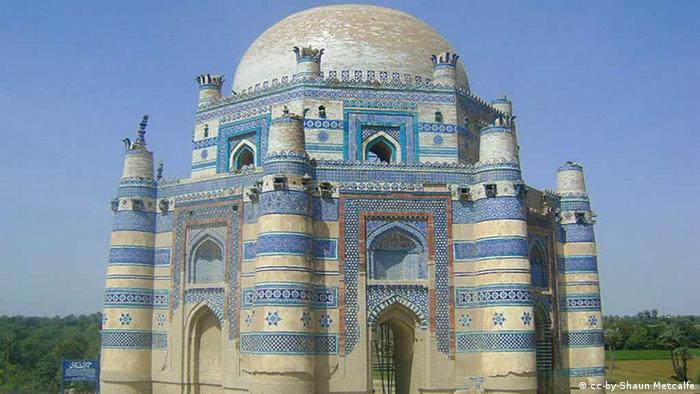 Attiya Dawood, a writer and peace activist, told DW that the love for saints ran deep in hundreds of thousands of people in Pakistan and that a big number of Pakistanis went to the shrines and listened to qawwali, or Sufi music.

"The Taliban want to create fear among the people by attacking their sacred places so that they can restrict their social mobility and freedom," she said.