Myanmar′s Rohingya stripped of right to vote in referendum | Asia| An in-depth look at news from across the continent | DW | 12.02.2015

Following protests by nationalist groups, the Myanmar government has decided to cancel the temporary voting rights that would have allowed the Rohingya minority to vote in the country's upcoming referendum. DW examines. 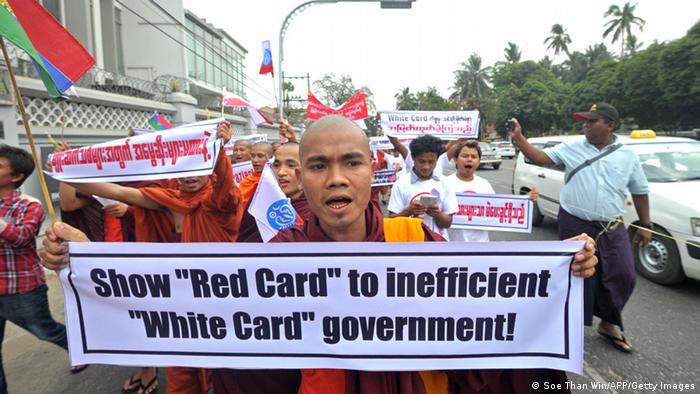 President Thein Sein's administration said on Wednesday, February 12, that temporary identity cards for people without full citizenship - also known as "white cards" - would become invalid by the end of March. The move, which affects not only the Muslim Rohingya community but also several other ethnic minorities, effectively takes away their right to vote in a constitutional referendum which was only approved by the president on Tuesday.

The country's quasi-civilian government has been under international pressure to allow changes to the constitution - which sets aside a quarter of parliamentary seats for the military - and reform the political system before a general election later this year. The referendum will be on amendments to the country's 2008 Constitution.

However, it is unclear whether the referendum, which may take place as soon as May, could also lift the ban on opposition leader Aung San Suu Kyi who is not allowed to run for president because of a clause in the junta-drafted constitution barring anyone with a foreign spouse or children from taking the top political office. The late husband of the Nobel laureate was British, as are her two sons.

Thein Sein's government has long been under fire over its treatment of the Muslim Rohingya minority and this latest restriction on voting rights is likely to draw more criticism, say analysts. The government's about-face came after hundreds of people demonstrated in Yangon, Myanmar's biggest city (main picture), against a government decision granting certain ethnic minorities temporary identity cards and thus voting rights.

"If those given the right to vote don't pay respect to Myanmar's flag, then we will have a failure of sovereignty," Nyi Nyi Maung, a Rakhine Buddhist, was quoted by AFP as saying. The ethnic Rakhine people have regularly protested in the past against any recognition of Rohingya claims to belong in Myanmar, and they have taken up the cause in the past to stop them from voting.

Bridget Welsh, a Senior Research Associate at the Center for East Asia Democratic Studies of the National Taiwan University, believes Thein Sein's government gave into the pressure because they are afraid of the electoral impact this may have in an election year buckled to the hardline Buddhists who claim to represent the majority.

Myanmar's Rohingya live predominantly in the western state of Rakhine on the western coast of the predominantly Buddhist country. The government - which to date has refused to grant the majority of them citizenship - describes the estimated 1.1 million Rohingya as "Bengali," a term which many members of the minority group object to strongly. 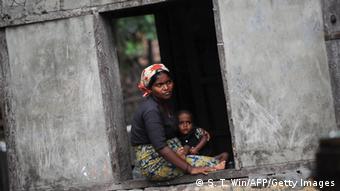 For decades, the Rohingya have been subject to discrimination and violence, with many living in apartheid-like conditions

For decades, they have been subjected to discrimination and violence, with many living in apartheid-like conditions. Since sectarian violence erupted in the state back in 2012, an estimated 140,000 displaced people - mostly Rohingya - have been living in camps. Viewed by the United Nations and the US as one of the world's most persecuted minorities, many Rohingyas have fled to neighboring countries such as Bangladesh and India to escape persecution.

Phil Robertson, Human Rights Watch's Deputy Asia director, argues that the major driving force behind the protests are extremist Buddhist-linked groups working with ethnic Rakhine groups that want to exclude the Rohingya from the country, whether through regulations, laws, or ultimately through violence.

"These groups are engaged in a process of marginalizing and isolating the Rohingya so they are more vulnerable to abuses, and stripping them of the right to vote is part of that plan," said the rights activist, accusing the government of doing nothing to protect the Muslim minority group.

The international community has also expressed increased concern about developments in Rakhine state. Following her ten-day trip to Myanmar, UN Special Rapporteur Yanghee Lee told DW she was "disturbed" by how minorities were being targeted.

'A significant barrier to peace'

"Inter-communal violence, both inter-ethnic and inter-religious, continues to be a significant barrier to peace and prosperity in Myanmar. In this era of reform where a new national identity is emerging, I am disturbed to see some minorities continuing to be targeted through rumors, discriminatory policies and in extreme cases, hate speech," said Lee. 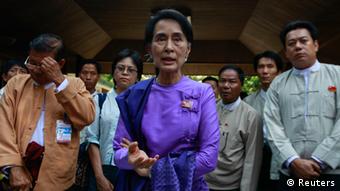 But the UN envoy's visit to the country also made global headlines after incendiary comments were made by the country's most notorious hardline monk who branded Lee a "whore." The tirade was strongly condemned by the UN which has repeatedly urged Myanmar to grant the Rohingya access to citizenship.

There is no obvious solution to the Rohingya plight. Many feel that the country's democracy icon, Suu Kyi, has not sufficiently spoken out against the racism gripping the west of her country. Observers feel this is because she risks losing support for her democracy movement as prejudice can be found within the Burmese population.