Myanmar: Time running out for NGOs to avoid humanitarian catastrophe | Asia| An in-depth look at news from across the continent | DW | 14.06.2021

Myanmar: Time running out for NGOs to avoid humanitarian catastrophe

Global aid organizations are warning of a looming humanitarian catastrophe in Myanmar. But many NGOs' hands are tied, with their activities, funding and legal status hampered by the country's political power struggle. 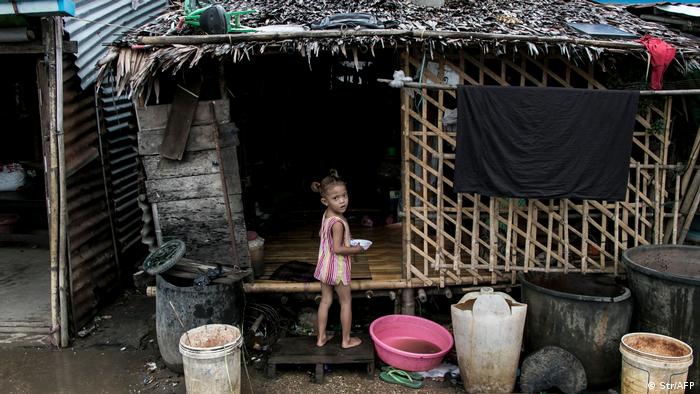 For NGOs, the first thing that matters now is determining to what extent the military government allows aid at all

Myanmar has been in a downward spiral since the military overthrew the country's democratically elected government in a coup on February 1. The economy has been battered and millions of people are falling into poverty.

In Myanmar's ethnic minority states, conflict between the military, known as the Tatmadaw, and armed rebel groups is quickly creating a refugee crisis. In Myanmar's east alone, the UN estimates that about 100,000 people have fled their homes.

In April 2021, the United Nations Development Programme (UNDP) said in a report that nearly half of Myanmar's population is acutely threatened by poverty due to the economic impact of the coup and the coronavirus pandemic.

Before the coup and the pandemic, Myanmar had been on track to greatly reduce poverty. Now, human rights experts warn that development goals, in place since the country opened up in 2010, are at serious risk.

The president of the International Committee of the Red Cross (ICRC), Peter Maurer, issued a call for help after he visited Myanmar on June 3.

"Trapped between armed conflict, COVID and the current situation, the people of Myanmar urgently need help and protection," he said.

Aid groups in Myanmar held back

Along with the Red Cross, there are numerous well-connected non-governmental organizations (NGOs) in Myanmar with the know-how and the will to continue working in the country. However, they are facing major hinderances.

No organization that DW spoke to for this report wished to be quoted directly. The NGOs fear that a misunderstood statement could permanently endanger their work in the country.

Even government representatives were only willing to speak with DW on condition of anonymity, in order to avoid the impression that they in any way support or legitimize the military junta, the State Administrative Council (SAC).

Aid organizations are also affected by the deteriorating security situation in Myanmar, along with a major reduction in banking services that makes it hard to pay employees.

However, NGOs told DW that there are strategies available to circumvent these kinds of issues, which are already being used in other conflict regions such as Syria or Libya.

The larger problem, NGOs say, is the overall political situation in Myanmar, which is hampering development aid and humanitarian work.

NGO work depends on trust and cooperation between governments of the affected countries, NGOs and donors. Money for NGO work comes from governments in donor countries and government-affiliated organizations, such as the German Society for International Cooperation (GIZ), which often cooperate with local partners.

After the coup, the military government in Myanmar massively undermined this relationship of trustand cooperation. Many NGOs have withdrawn their staff from Myanmar. Governments and development organizations have frozen funds, and almost all are waiting for the situation to improve.

Aid groups caught up in politics

For NGOs operating in Myanmar, the top priority now is determining to what extent the military government allows aid at all.

Last Wednesday, the English-language daily newspaper The Irrawaddy reported the closure of a clinic for HIV and tuberculosis operated by the NGO "Doctors Without Borders" (MSF) in the southern city of Dawei.

MSF said the clinic closure could contribute to patient deaths and the further spread of the diseases.

Another NGO told DW that they had been asked by the military government whether they wanted to continue their work under the same contractual conditions that had existed before the coup  —  which indicates that the military government is keen to allow development aid work to continue, at least in politically non-sensitive areas such as poverty reduction or support for internally displaced persons (IDPs).

However, contrasting signals from the government show how chaotic and volatile the situation is at the moment.

The legal situation for NGOs in Myanmar is also murky. For example, there are ambiguities regarding the registration of NGOs, the validity of running agreements between foreign governments and Myanmar's deposed government, and visa issues.

The clock is ticking for some NGOs, and their remaining employees, to still be allowed to legally work in Myanmar.

NGOs in Myanmar caught stuck in a dilemma

When deciding on whether to continue work in Myanmar, NGOs are confronted with the question of whether the resuming development aid work will help stabilize the military government's hold on power.

Considering the ongoing protests, the Civil Disobedience Movement (CDM) and a civil war that has broken out again in several ethnic minority areas, it is by no means certain that the military is firmly in control of Myanmar.

However, when NGOs provide aid and meet the needs of the population, this can somewhat reduce pressure on the military leadership, which can help the repressive regime consolidate its power.

This is a dilemma NGOs are confronted with in unstable countries around the world, and is not unique to what they face in Myanmar.

NGOs in Myanmar, however, are dealing with acute political polarization following the coup. The military government, and its opponents in the "National Unity Government" (NUG) and the CDM, are irreconcilable.

This polarization eliminates the chance of any future cooperation between the opposition and military government. For the opposition, any cooperation with the Tatmadaw would be tantamount to legitimizing the generals' anti-democratic actions.

Anyone who proposes negotiating with the military government will experience a social media backlash.

For NGOs, walking this tightrope runs the risk of becoming socially ostracized or, even worse, of having NGO employees attacked for alleged "collaboration" with the military.

However, it is also a fact that all NGOs active in Myanmar are forced to cooperate with the SAC, as only the military government can officially grant access to regions in need of aid. The military, not the NUG, controls the checkpoints in the country.

The NUG seems to have recognized that a pragmatic solution is required here. In a statement, it has called on the UN and other aid organizations to continue humanitarian aid.

The organizations that DW was able to speak with said that they continually review the question of how to cooperate with the military without violating ethical standards, but that there are no 'clean' solutions.

In discussions with DW, many NGOs operating in Myanmar have said they would like to see donors make practical case-by-case decisions, especially government-run development organizations, which work primarily with local partners.

Development cooperation aims to improve overall living conditions and economic, social and political conditions for the benefit of the population.

Is Myanmar's junta growing more confident of its grip on power?

The key difference is that humanitarian aid is provided directly through UN organizations or the ICRC, for example. In Myanmar, this means that there will be only limited cooperation with the military regime required to carry out the work.

However, development cooperation requires closer and sustained cooperation with the respective government.

In Germany, this separation of aid is anchored institutionally. The Federal Foreign Office is responsible for humanitarian aid, the Federal Ministry for Economic Cooperation and Development for development cooperation.

Germany ended development aid for Myanmar as early as 2020, because the federal government did not see sufficient reform efforts on the part of the government in Myanmar. The Foreign Office told DW that humanitarian aid worth around €8 million ($9.7 million) has been approved this year.

NGOs in Myanmar would like to soften this strict separation of aid categories in light of the current situation.

They believe that in order to avoid a wider and prolonged crisis, it is necessary to enable both humanitarian aid and development cooperation. Pragmatic, and perhaps not always orthodox, solutions need to be found to help the people of Myanmar avoid further suffering.