Myanmar's military rulers have said it would be unlawful for the ASEAN representative to meet with the deposed National League for Democracy leader. 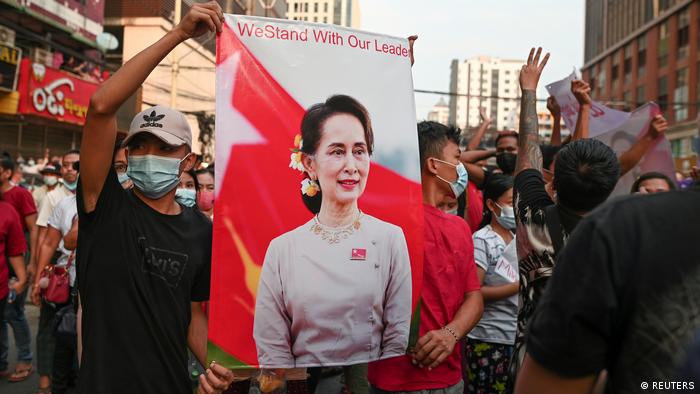 Myanmar's ruling military junta said Wednesday that it would not allow the special envoy from the Association of Southeast Asian Nations (ASEAN) to meet with the country's 76-year-old ousted leader, Aung San Suu Kyi.

What did the junta say?

"Any organization shall not be allowed to meet a person who is facing a trial. I believe no country will allow anyone to go beyond the existing law like this," junta official Soe Win said, according to state-run media.

State Counsellor Suu Kyi, along with other members of the ruling National League for Democracy Party, were arrested by the military on February 1 following a contentious election. Suu Kyi has been charged with 11 crimes, including sedition and corruption, and is currently on trial.

The statements from the ruling military come one day after former US Ambassador to the UN Bill Richardson met with junta chief Min Aung Hlaing.

The visit by Richardson was not affiliated with the US government. Richardson said he was "visiting the country to discuss pathways for the humanitarian delivery of COVID-19 vaccines, medical supplies, and other public health needs."

Richardson, the former governor of New Mexico, is also a skilled hostage negotiator. One of the reasons he may have visited the Southeastern Asian country is to secure the release of American journalist Danny Fenster, who has been detained by the junta since May.

The February coup in Myanmar has been widely condemned by the US, UK and other major countries, as well as the EU. Demonstrators have taken to the streets in the months following the military takeover.

The military has cracked down on dissent, with hundreds having been killed by the junta and thousands arrested, according to regional prisoners' aid organization AAPP.