A Cologne-based Muslim writer has been dropped from a list of recipients for a major German culture prize after an article he wrote on the imagery of crucifixion ruffled feathers among Christian leaders. 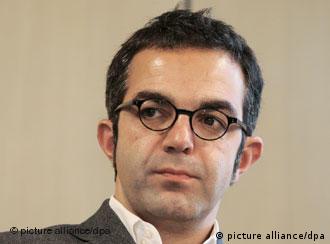 Kermani was scratched from the winners' list after his controversial article

The award was supposed to jointly go to four men from four different world religions – to a Catholic, a Lutheran, a Muslim and a Jew. But now, Muslim author Navid Kermani has been dropped from the quartet after a controversial article has upset the two Christian candidates.

Catholic Cardinal Karl Lehmann of Mainz and Peter Steinacker, the former head of the Lutheran church of Hesse and Nassau have objected to sharing the prize with Kermani, a Cologne-based writer who was born in Iran.

In March, Kermani penned an article for Switzerland's Neue Zuercher Zeitung about a recent trip to Rome, where he went to see a 17th century painting by Guido Reni depicting the crucifixion of Jesus Christ. 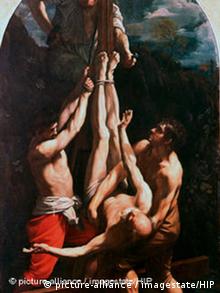 Kermani's piece is an analysis of the painting and leads to a philosophical discussion of the crucifix as a religious symbol.

"I'd express my personal rejection of the theology of the cross frankly with 'blasphemy and idolatry'."

"Not that I respect people who pray before the cross any less than other people at prayer. This isn't an accusation. It's a rejection," he wrote.

This did not go down too well with Cardinal Lehmann and Peter Steinacker, who formally complained to the Cultural Committee of the state of Hesse. Giving in to the pressure, the committee has responded by withdrawing the prize from Kermani. The fourth recipient is Salomon Korn of the Central Council of Jews in Germany.

The argument looks set to become a major scandal. Aiman Mazyek, the General Secretary of the Central Council of Muslims, has described Lehmann and Steinackers' reaction as "immature and childish."

The president of the German parliament, Norbert Lammert, said that if Kermani's article really is the reason for taking the prize away from him, then perhaps the state should abolish the prize altogether.

Meanwhile, the Lutheran Bishop of Berlin, Markus Droege, on Saturday said he had little understanding of the controversy, adding that Kermani's stance should rather have been taken up as an offer for dialogue.

In a referendum on Sunday, voters in Berlin rejected the idea of allowing students to take religion instead of mandatory ethics classes in school. (26.04.2009)