A report by the Pew Research Center predicts that the number of Muslims will equal the number of Christians by 2050. Global leaders would have to take these changes into account in order to avoid future conflict. 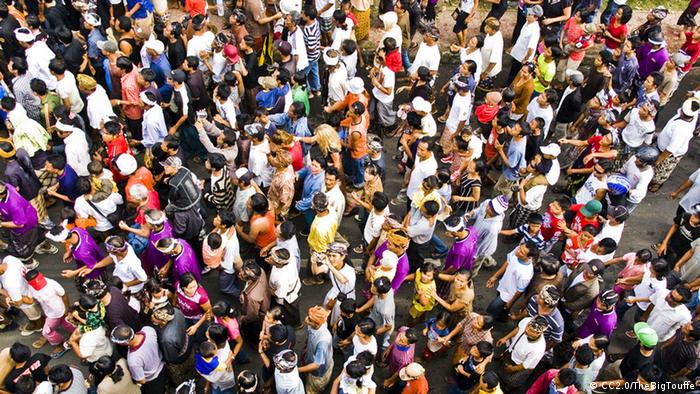 Muslim population worldwide is rising rapidly and could be nearly as much as the number of Christians in 2050, a new report called the "Future of World Religions: Population Growth Projections 2010-2050" by the Pew Research Center has predicted.

The study, released on April 2, says that the world's religious profile is changing primarily due to differences in fertility rates among various communities and because of people switching faiths. "Over the next four decades, Christians will remain the largest religious group, but Islam will grow faster than any major religion," the research says.

The number of Muslims will be equal to those of Christians by 2050, the report predicts, even though some Christian countries and areas, like Latin America, Brazil, the Philippines and sub-Saharan Africa, are also growing fast.

Islam will also replace Judaism as the second largest religion in the United States by 2050 and Muslims in Europe will constitute 10 percent of the overall population. India will also have the largest number of Muslims in the world by the mid- 21st century, Pew researchers say.

The number of people affiliated to a religion will also reduce, although the numbers of these atheists or agnostics are currently on the rise in the United States and France. However, all major religions, including Christianity, Islam, Hinduism and Judaism are expected to rise, except for Buddhism, which may experience a decline in followers owing to an aging population in Japan and stable populations in China and Southeast Asia. 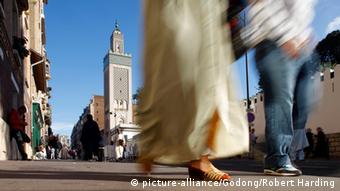 10 percent of Europe's population will be Muslim by 2050

Europe will have to plan ahead

Moshe Terdiman, an Israel-based expert on Islam in Africa and the Middle East believes that the population rise in individual countries could skew the study's predicted statistics in 2050.

The Pew study projects the estimated increase in Muslim population at 73 percent between 2010 and 2050, constituting 23.2 percent of the world's population by the middle of this century. Although Christians will also see an increase in numbers of around 34 percent during this period, reasons for conflict may arise in regions like Europe, where 10 percent of the inhabitants would follow Islam.

"It may create conflict, whether religious or other kinds of conflict, because Muslim immigrants tend to be from lesser developed areas, they get fewer employment opportunities," Islam expert Terdiman says, adding that "countries and their governments will have to find solutions for these potential issues, like unemployment of young people." 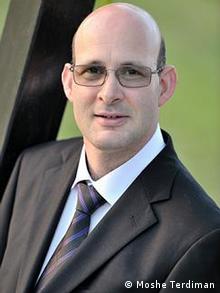 Conflict and scarcity of resources

Muslim countries in the Middle East and North African region would experience the largest increase in population, accounting for six percent of the world's people in 2050. Would the rise in the number of Muslims also mean a rise in fundamentalism?

In Sub-Saharan Africa for example, the rise in Muslim numbers, which would be equal to the rise in Christians, would not necessarily present a fundamentalist threat. "In Africa, most Muslims are not radical Muslims, they are Sufis. Second, the growing population of Muslims means the governments will have to take into account the needs of the Muslim community, "Terdiman says.

In a country like Kenya, where followers of Islam are on the rise, the government will have to take Muslim votes into account, he explains. This is already true for India, which will overtake Indonesia as the country with the largest number of Muslims in 2050.

While the report may have important data to aid governments in planning their future policies, the study also needs to be seen in the context of every region.

"What we learn from this report is that governments need to take serious measures. First of all, in the West, to find employment solutions in Muslim communities, to decide and define policies, given the fact that there are radical Muslims there. In countries like India or Nigeria, there is the added struggle for natural resources, " Moshe Terdimann says, adding that "countries and governments need to do some careful thinking."

Washiqur Rahman, the latest Bangladeshi blogger who has been hacked to death, was not very famous. But Islamists generally consider secular bloggers a big threat due to their growing influence in Bangladeshi society. (30.03.2015)

Bosnia-Herzegovina is often under suspicion of providing a particularly high number of recruits for terrorist group "Islamic State" (IS). However, its Muslim population rejects extremists. (21.03.2015)

In Austria, an extremist hotline has been set up for parents concerned that their children may have turned toward radical Islamist ideologies, or worse, to militant religious fanaticism. (03.03.2015)