Musicians assume harassment is ′just part of life′ | World | Breaking news and perspectives from around the globe | DW | 23.12.2017

"Mozart in the Jungle" journalist Blair Tindall said sexual abuse in classical music is a power and generational problem. She also explained why institutions might turn a blind eye to "genius" conductors' abuse. 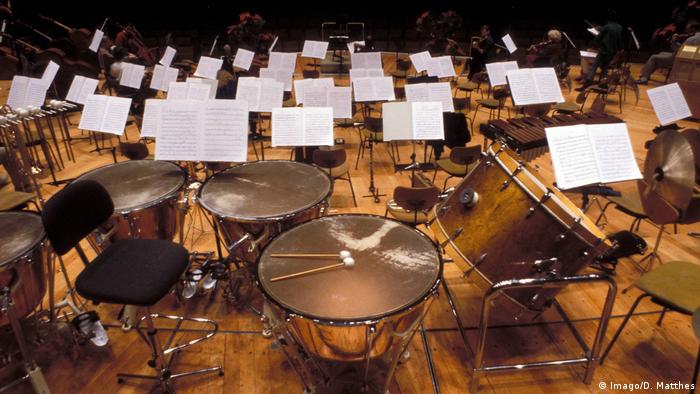 The classical music world has not been spared the wave of sexual harassment accusations that were unleashed by the Harvey Weinstein scandal in Hollywood. In early December, the New York Metropolitan Opera suspended famed conductor James Levine after he was accused of sexually harassing three men when they were teenagers decades ago. And on Friday, Swiss conductor Charles Dutoit was dropped by the Royal Philharmonic Orchestra in London and other international orchestras after four women accused him of sexual assault.

For Blair Tindall, the journalist behind the book and award-winning Amazon TV series "Mozart in the Jungle: Sex, Drugs and Classical Music," the news comes as no surprise. She knows from her first-hand experience as a professional oboist in New York City that sexual harassment is widespread in the industry and that orchestra institutions often see a conductor as a "genius" above moral wrong. She spoke to DW from her home in Los Angeles. 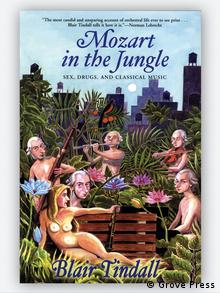 DW: After James Levine, Charles Dutoit is the latest conductor to be dismissed amid accusations of sexual harassment. Does this news about Dutoit surprise you?

Blair Tindall: It doesn't surprise me, although I had not known of the rumors about this because instrumental musicians in orchestras are in a much lower tier than people like Dutoit and the opera singing stars who are accusing him. But having worked with him a couple of times back in the 80s, he does exude a kind of uncomfortable sexuality. There is nothing illegal or immoral about that as long as nothing is carried out.

I was also alone with Dutoit in his dressing room for 10 or 15 minutes. I was 29. And nothing happened. We had both had the same guide in the Galapagos Island. I had mentioned that during a rehearsal and he said, come up and talk. There was absolutely nothing untoward. But I think the difference here is that I was a substitute in an orchestra where Dutoit wasn't even the music director. If anything had happened, the orchestra would have taken action. I am sure he knew that. The orchestra had already taken action against one orchestra member who harassed another in a fairly disgusting way. So Dutoit knew he had no protection. 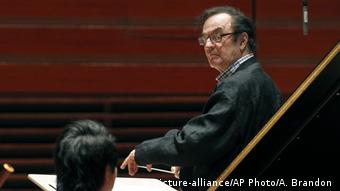 Of the two accusers who were named in the original story, Sylvia McNair is a very well-regarded opera singer, a very bright woman; there is no reason she would make such a thing up. The other one is also quite credible, a former opera singer who is now an attorney; so obviously she knows what she is doing. And of the two who are unnamed, I do know who the instrumentalist is. I can't name the individual, but it was a student at a conservatory. I don't know who the other opera singer [the fourth person] is.

Do you think that people in certain musical positions are more vulnerable and, if so, which positions these are?

People at my level, the lower tier rank-and-file musicians, we experienced a lot of this sort of thing in music school where a teacher is teaching a private lesson. Just the two of you, in a room. Obviously, the door has to be closed because you are making noise — and it's that person's word against your word. It happens a lot there. 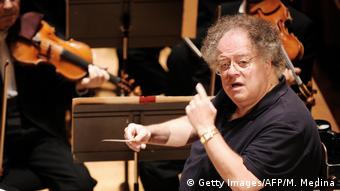 Young people are so easily influenced, and musicians are so desperate for work because there is so little out there. By the time you are at the point of graduating from school and you need a job, your education has been narrowed down to just music, so you are not eligible for many other professions unless you go back to school and retrain. It seems kind of obvious why younger people end up in a Levine-type situation because they are looking to this person as their salvation, thinking, "What else am I going to do?"

It happens a little bit among orchestral musicians in freelance circles, which is where I spent most of my professional music life. There you really don't have any protection. The person who hires the orchestra, if you get on that person's bad side, then he or she — and I am sure it happens with both genders — that person does have the ability to not hire you and even blacklist you among other contractors. But when you get higher up, there are no such protections [for perpetrators]. A musician can refuse to work with the person again.

I think the key to this is that for these conductors, it is not about sex. It is about intimidation and taking power in the moment.

Some of the women accusing Dutoit are saying that they didn't come out with their stories earlier because they feared they would lose their jobs. Do you think that would have been the case? 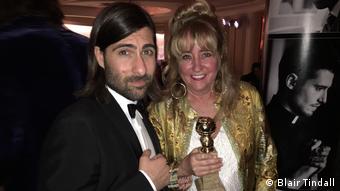 I think they would be much more susceptible to it than Dutoit. A conductor is of great interest to an orchestra's board of directors, who is appointing him as the main conductor or music director, or to institutions' permanent music directors who are hiring him as a guest conductor. Conductors are at the top of the pecking order. I think it is very accepted that women, and some men as we've seen with Levine, have to put up with sexual harassment. We [musicians] are so blinded to it at this point, we just assume it is kind of a part of life. We just try to get through the event and get on with life.

Read more: Half of women in Germany victim of sexual harassment, survey

Do musicians take that approach because it is so widespread or because it has become so ingrained in the industry?

Both. It has become so widespread that it has become ingrained. It is finally changing. I have to say, I do feel terrible for all the wonderful male conductors out there who would never do such a thing and are highly ethical. I don't want people out there to think that every conductor is a bad egg. It really isn't true, and the younger generation really isn't like that for the most part.

You mentioned music schools. In the case of Dutoit, he has been dropped by many major orchestras, his engagements have been canceled. In your opinion, how can this problem of sexual harassment in the classical music world be addressed most effectively?

That is a good question because there are so many different segments of the classical music world. I think major orchestras and their instrumentalists are not going to have too much of a problem because they do have a place where they can complain and action is taken. 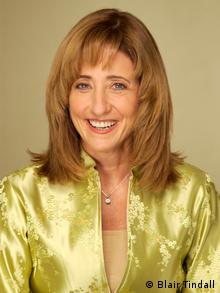 However, a lot of the reason that this has happened with these men in power in classical music — and I am sure we will come upon a least one case of a woman in power somewhere — but much of the problem is that so many of these people are regarded are "geniuses." In North America, we don't really have the cultural background that Europeans do — we didn't really have major orchestras until the 1960s and 70s.

We have a culture of elite wealthy donors who are on the boards of directors. Some of them do know about classical music, a lot know something, and quite a few of them know nothing, but they are trying to do the right thing. These boards are the ones who are primarily responsible for choosing new music directors for organizations that are very financially unstable. They think the music director has a name value and is therefore a "genius." So they pick a "genius" and worship the person. The person can do no wrong in their eyes because they don't want to lose that person. But they are intimidated by not knowing anything about music; so they don't understand that "genius" is a coined term. It doesn't really describe anything. To start ascribing "genius" to somebody like Levine, implying that he is above any questioning of his morals, is a little startling to me. I cringe when I hear the term "genius" applied to a musician.

Have you ever heard the term "genius" applied to a female musician?

No, I haven't! I really haven't. Female musicians were a rarity until recently. Now, of course, we have so many soloists and really fine conductors like Marin Alsop [who leads the Baltimore Symphony Orchestra and the Sao Paolo Symphony Orchestra]. I think the term's use does differ for women and men, but it is also a generational thing. I think most of the "genius" label seems to stick to people who were in their prime starting about 30 years ago.

Tatiana Gutsu, who won gymnastics gold at the 1992 Olympics, has joined the growing number of women sharing their stories of sexual assault and harassment on social media. A former USA gymnast has also spoken out. (18.10.2017)