The debate about arms exports is heating up again in Germany. The economy minister wants to reduce the amount of German military equipment exported abroad, but Angela Merkel's party prefers to protect arms dealers. 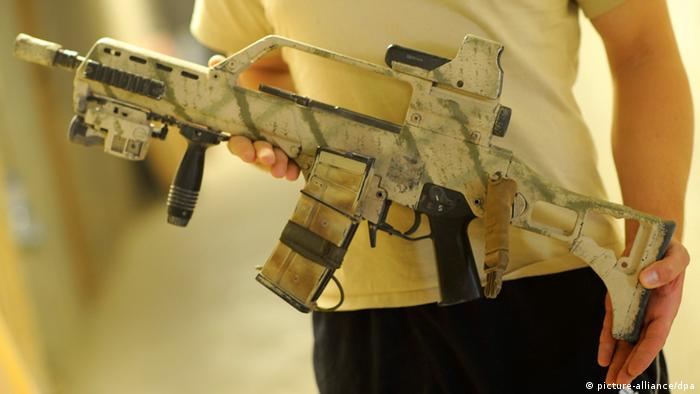 In a heated debate in the Bundestag on Thursday (22.05.2014), opposition parties accused Germany's ruling coalition of hypocrisy on arms exports.

The figures in question were published - following an official request - in May by Germany's Economy Ministry, revealing that between January and April 2014, permits were issued for the export of 1.2 billion euros ($1.64 billion) worth of weapons - a 23-percent decrease on the same period last year.

Despite the lower overall figure, exports to non-EU and non-NATO countries have increased by 20 percent. The top ten buyers of German weapons include Singapore, Brunei, Saudi Arabia, and Algeria, all of which have been accused of major rights violations by human rights organizations. 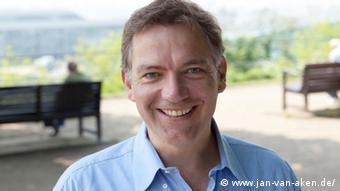 The Left and the Green party see this as a broken promise on the part of Economy Minister Sigmar Gabriel, who once announced a more restrictive arms exports policy. According to the Left Party's arms expert Jan van Aken, "whenever there's a TV camera in sight, Sigmar Gabriel is a big critic of all weapons exports - as soon as it's switched off, he gives all the exports a green light."

Iris Gleicke, state secretary at the Economy Ministry, disputed this, saying that two-thirds of exports were carried out according to "legally binding permits" drafted by Angela Merkel's previous government, which the current government had no power to invalidate. But Green party MP Agnieszka Brugger retorted, "Contracts can be canceled if you want to."

Gleicke claimed that weapons exports are more transparent than ever under the current government. "We disclose everything we approve of," she stated.

In Germany, the export of arms requires the permission of the Federal Security Council - a consisting of Merkel and key ministers - which makes its decision based on arms export regulations. In the future, the German parliament will be informed of such decisions within two weeks of them being made.

For Rainer Arnold, the Social Democratic Party's spokesman for defense policy, this is a right step towards more transparency. A stricter interpretation of regulations will lead to more rejections of such deals in the future, he said.

In defense of weapons exports

But representatives of the conservative Christian Democratic Union (CDU) do not see a need to make changes to the current situation. For CDU parliamentarian Joachim Pfeiffer, German arms exports are an important part of foreign policy. 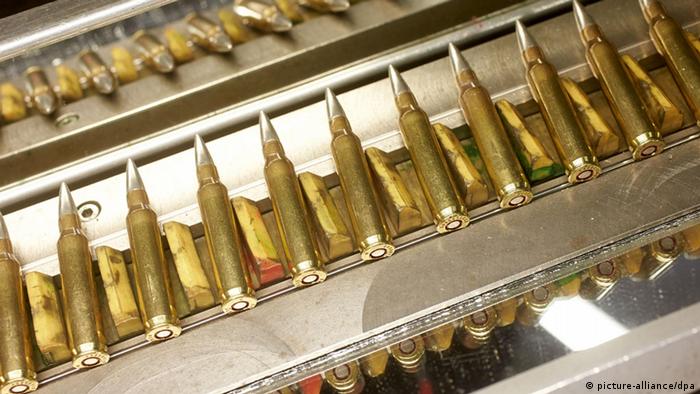 "Weapons exports are a legitimate and necessary instrument of foreign and security policy," he told the parliament, adding that a radical change of course, as proposed by the Greens and the Left, would endanger Germany's combat capabilities and lead to dependence on foreign military technology. Pfeiffer also defended the much-criticized supply of patrol boats to Saudi Arabia, describing it as sensible support of an "anchor of stability" in a crisis-stricken region.

Pfeiffer rejected the theory that military exports to conflict zones are generally objectionable. "If I'm exporting mine detectors, I have to export them to a place where mines need to be eliminated and not where there are no mines," he said.

A new weapons exports report for the last year is due to be published in June, when yet another unusually emotional debate is likely to take place in the German parliament - if not before.

German Vice Chancellor Sigmar Gabriel defied Angela Merkel by refusing to sanction the sale of battle tanks to Saudi Arabia. But this is just a minor corrective for one of the world's major arms exporters. (16.04.2014)

German law prohibits the export of weapons to crisis or conflict regions. But guns sporting the label "Made in Germany" are being sold in war-torn Colombia. Manufacturers have denied any involvement in illegal exports. (01.03.2014)

In their annual report, Germany's Protestant and Catholic churches criticize that a growing amount of German-made weapons are ending up in the hands of dubious buyers in crisis zones. (16.12.2013)