The Ecuador government has banned a group of German MPs from entering the country. The official reason: miscommunication - but the government is also unhappy with the politicians' plans to meet anti-government activists. 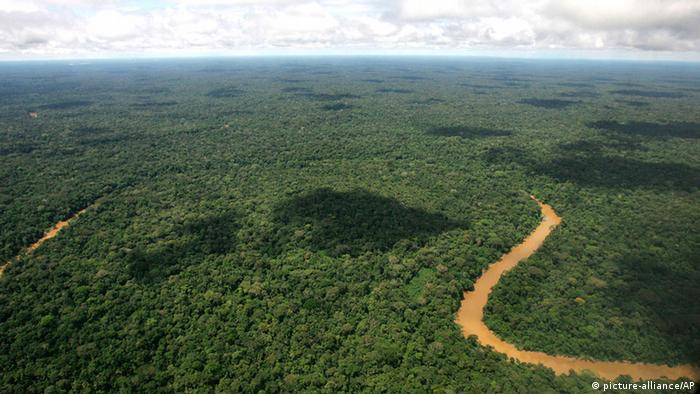 Only a few days before the trip - which had been planned for the beginning of December, the Ecuadorian government has forbidden members of the German parliament's environment committee from entering their country.

In a press release, the Ecuadorian embassy said the delegates' travel program had not been approved by Ecuador because it was "imbalanced," and would have promoted biased communication with political opponents of the government and would thus have created a skewed image of Ecuadorian reality.

Bärbel Höhn, head of the environment committee, called the cancellation "strange and unnecessary." She told DW that talks had been planned with both the government and the opposition.

The Bundestag's press division said such entry bans on Bundestag delegations were rare - a press officer said she could not recall such a case in the last seven years, though bans have been imposed for individual MPs. 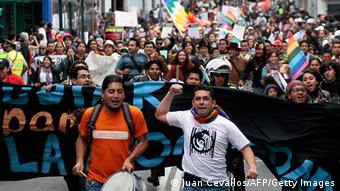 Led by Höhn, the group had planned to visit the Yasuni National Park on Saturday (06.12.2014) and meet with people opposed to drilling there. Despite massive protests by environmental activists and representatives of indigenous groups, the Ecuadorian government plans to start drilling in the park, which is located in the Amazon rainforest.

Höhn had planned a meeting at the park with Guadalupe Llori, an activist campaigning to stop the oil drilling with a national referendum. "The concern is that the basis of existence of indigenous peoples would be very strongly affected," Höhn said. "There is also a big threat to the environment."

Germany plays a significant role when it comes to the Yasuni park. Ecuador originally started an initiative promising not to drill for the oil in the park as long as big industrialized countries such as Germany paid millions of dollars into a fund in return. Former German Development Minister Dirk Niebel opposed the deal, leading Ecuador to go ahead with drilling.

Ecuador's decision to ban the delegation is a clear signal of how sensitive the Yasuni project is, according to Jonas Wolff of the Peace Research Institute in Frankfurt. "The project is a thorny issue and polarizes sides," he told DW. "Taking any side from the outside is considered meddling." 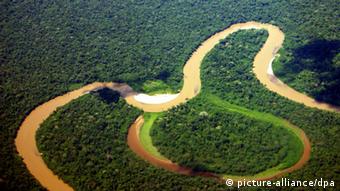 Other incidents show that Ecuador will not accept any criticism when it comes to Yasuni park. The British daily the Guardian reported that a bus transporting Ecuadorian environment activists from Quito to the UN climate conference in Lima was stopped six times by police on its way and that some of the passengers were even threatened. The activists blamed President Rafael Correa in an interview with the daily, saying he wanted to prevent protests at the conference.

Wolff believes that the recent entry ban imposed on the German delegation is only an isolated case. "Relations between Germany and Ecuador are pretty good," he told DW. But Höhn is quite upset. "We will not be told with whom we can and cannot speak. I can only hope that the Ecuadorian government returns to democratic ways," she said.

The Ecuadorian embassy in Germany wrote in a statement that it hopes to entertain positive relations with Germany and jointly tackle issues such as environmental and climate concerns. It also said that Bundestag representatives were welcome in Ecuador - but relations must be based on mutual trust and equality.

Ecuador's Yasuni National Park was supposed to be saved from oil drilling via international donations. Environmentalists say China is partially to blame for the country now opting to go ahead with mining. (13.09.2013)

Parts of the Amazon rainforest in Ecuador have been cleared for oil exploration after the failure of a conservation plan. Donations did not come close to the amount needed to save the rainforest. (16.08.2013)