Mount Kilimanjaro fire: What is at risk for the local ecosystem? | Environment| All topics from climate change to conservation | DW | 13.10.2020

Mount Kilimanjaro fire: What is at risk for the local ecosystem?

Fires are becoming more frequent on Africa's highest mountain. With the latest blaze threatening wide-reaching consequences, DW looks at what is at stake for local wildlife. 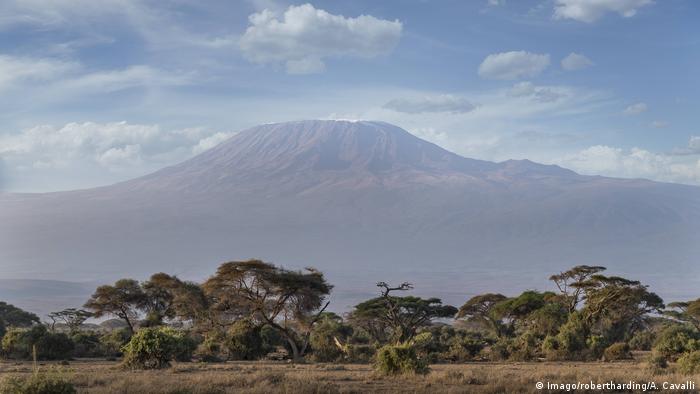 On Sunday night, the Tanzanian Parks Authority tweeted out a grainy picture of one of the most iconic natural wonders in the world: Mount Kilimanjaro. But the dark photograph did not show the famous outline of the grand, pristine peak rising out of the east African savannah. Instead, it showed an enormous fire raging halfway up the side of the mountain.

Forest fires have broken out on and near the mountain before, but as the blaze enters its third day local authorities say it is set to be one of the biggest ever seen.

Kilimanjaro is home to a number of unique plant and animal species and hosts thousands of tourists every year. So what are the implications of an uncontrolled forest fire on the mountain's delicate ecosystem? 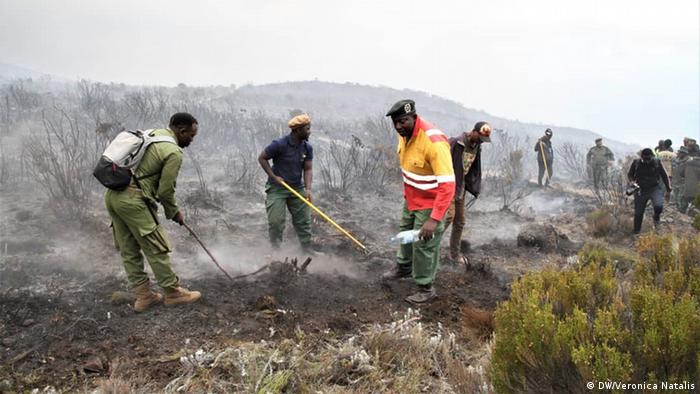 Hundreds of firefighters are fighting the blaze 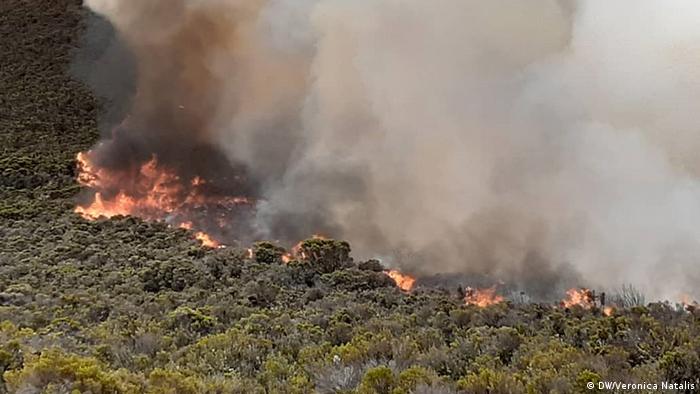 The fire may be devastating for tree heather populations

Kilimanjaro is a dormant volcano, rising 5,895 meters (19,341 feet) out of the plains on the border of Tanzania and Kenya. Like most high-altitude places, Kilimanjaro is home to an ecosystem of plants and animals not seen anywhere else in the world.

"Typically on tropical mountains, the higher you climb, the more endemic species you have," explains Marcell Peters, professor of Animal Ecology and Tropical Biology at Germany's Würzburg University, who headed a six-year ecology project at the mountain.

However, Peters is clear that a complete species extinction at Kilimanjaro would be unlikely.

"Kilimanjaro is a very young mountain," he adds. "This means there are not that many endemic species of flora and fauna, so it is very unlikely the fire could lead to the extinction of species."

More worrying is the possibility that species' range will be drastically reduced. Luckily, the fire has so far focused on a relatively small area of the eastern side of the mountain, meaning widespread destruction is likely to be localized. 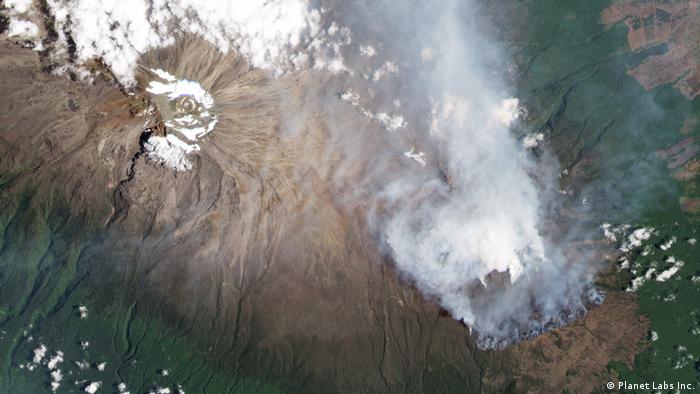 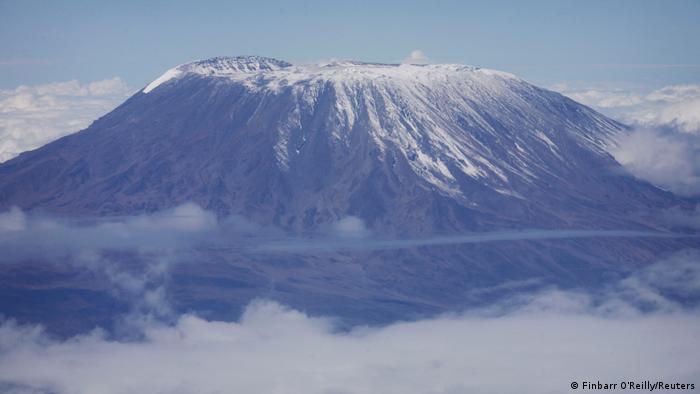 What flora and fauna live on the mountain?

An especially large species of the erica arborea, or tree heather, and the oryx, a type of antelope, are common sights even at high altitudes on the mountain.

Peters believes the tree heather's population could be seriously affected by the fire — and already has been in past years.

"Decades ago, you commonly saw erica trees up to 15 meters tall on Kilimanjaro," he says. "Now, with decreasing rainfall and more frequent fires, most shrubs are more like 2 meters tall. And the forest belt is detracting."

Recent studies indicate that fog on the mountain may be key for the survival of these trees, especially during the dry season, which lasts from around May to October. Fog and clouds at high altitude lead to condensation on the plants' leaves, which then drips down to the soil.

Fires mean that it is harder for fog to form. This leads to lower amounts of groundwater, which has wide-reaching ramifications for plants and animals on the plains surrounding Kilimanjaro as well as on the mountain itself.

And fires also destroy the trees — though this is not necessarily a bad thing. The rejuvenation process through natural forest fires is common in east Africa, and allows plants to grow back each year. But the recent scale and frequency of the fires near Kilimanjaro has caused scientists to worry.

"They are becoming more frequent," Peters says. "But once you get up high, above about 4,000 meters, trees become more scattered. So it is unlikely a fire could keep burning anywhere that high." 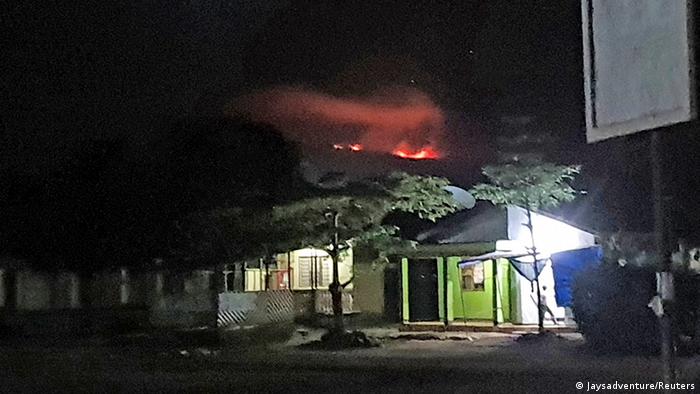 The fire began on Sunday evening, casting a threatening glow across local towns 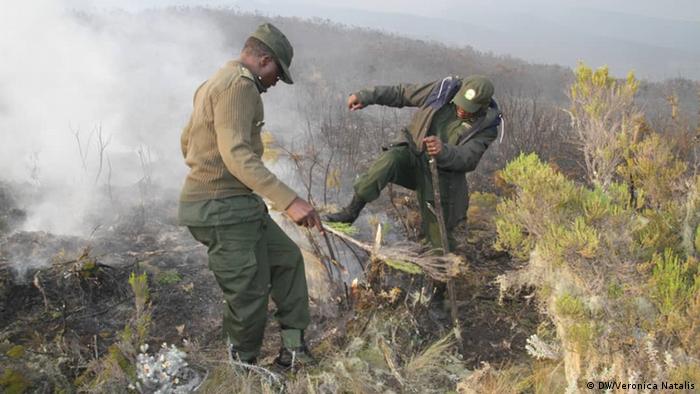 The frequency of these fires "is a warning sign that we need to take urgent and effective measures to control fires," Frank Luvenda, executive secretary of the Tanzania Environment Agency, told DW.

Authorities in Tanzania have not yet confirmed the cause of the current fire. Blazes in the area sometimes begin because of lightning strikes, or tourists' campfires getting out of control. Given the lack of tourists because of the coronavirus pandemic, this seems an unlikely cause.

Although the current fire will have limited consequences on local wildlife, it is part of a worrying trend of larger, more frequent fires — that could be disastrous for local wildlife.

"In East Africa, it is difficult to predict the future effects of climate change," Peters said. "In some models, climatologists expect a further decline in rainfall in the next few decades. But some do not."

The challenge of replanting a sustainable forest

Communities living near the peak were trying to extinguish the flames, but the altitude of the fire made it difficult, according to local media. It was not immediately clear how the fire started.

The severity of the wildfires in the Amazon has prompted a global outcry. But Brazil isn't the only country struggling to contain out-of-control blazes. In fact, even more fires are currently burning in Central Africa.

An Olympics at the foot of Africa's highest peak

The 2018 Maasai Olympics drew hundreds of warriors, or morans, to the foot of Mt Kilimanjaro to compete in the sporting event that is now an alternative to the traditional custom of killing a lion as a rite of passage.

What impact is hate speech having on environmental activists

Environmental activists are reporting a rise in online abuse, and its dangerous offline consequences.