Communities living near the peak were trying to extinguish the flames, but the altitude of the fire made it difficult, according to local media. 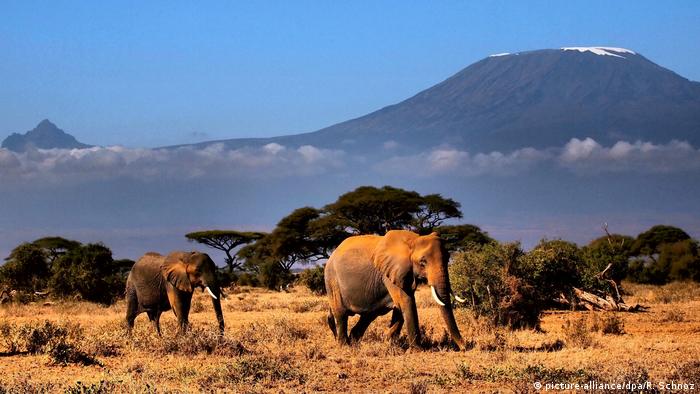 A fire broke out on Tanzania's Mount Kilimanjaro on Sunday, the country's National Parks service said on Twitter.

An initial image showed flames on the mountain, showing an orange blaze about midway up Africa's highest peak, with the Tanzania National Parks service saying that "efforts to extinguish it are still ongoing."

Local newspaper The Citizen said communities situated near the peak were trying to put out the flames, but the altitude of the fire made battling the blaze difficult.

Read more: Mount Kilimanjaro fire: What is at risk for the local ecosystem?

At 5,895 meters (19,341 feet), Mount Kilimanjaro is the tallest free-standing mountain in the world, formed by a dormant volcano near East Africa's Rift Valley.

Human encroachment is endangering grazing elephants at home in the foothills of Mount Kilimanjaro. But neighboring Maasai and safari tour operators are teaming up to protect the animals.