Only seven of 22 heads of state attended the conference, held in Mauritania for the first time. The lack of leaders led to the event being cut to just one day. 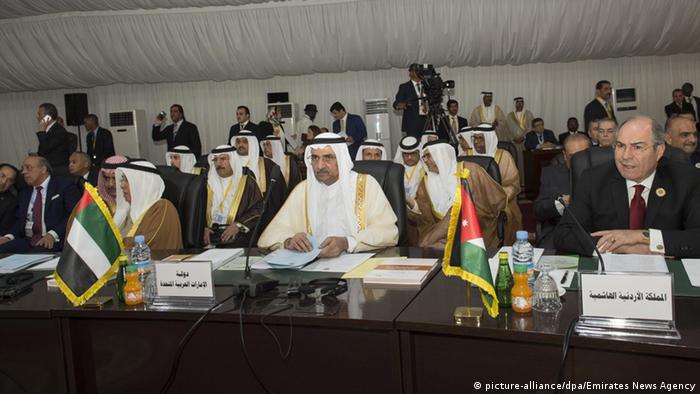 Holding this year's summit in a tent in the capital Nouakchott, Mauritanian President Mohamed Ould Abdel Aziz said it was "a historic event that the Mauritanian people have long awaited."

The Arab League has called a Turkish military deployment in northern Iraq an 'assault' on Baghdad's sovereignty. Turkey's plans to redeploy the troops to Iraqi Kurdistan are not enough, Iraq's foreign minister has said. (24.12.2015)

Egypt's president has called for the creation of a unified Arab force to tackle regional crises. He was speaking at the start of two days of Arab League talks expected to focus largely on conflict-torn Yemen. (28.03.2015)

But only a handful of leaders turned up, which pundits said pointed to the pan-Arab organization's struggles under the strain of various regional crises - including the conflicts in Syria, Yemen, Iraq and Libya.

The region's leaders that were present expressed their support for a French initiative to hold an international peace conference by the end of the year to resolve the Palestinian-Israeli conflict, although Israel rejected the initiative.

Leaders hit out at what they said was terrorism carried out in the name of Islam and called for an "Arab strategy" to find solutions.

Lebanese Prime Minister Tammam Salam proposed the establishment of safe "refugee zones," which would be supervised by an Arab commission, inside Syria. Syria's neighbors, including Lebanon, are home to millions of refugees fleeing the country's five year conflict. 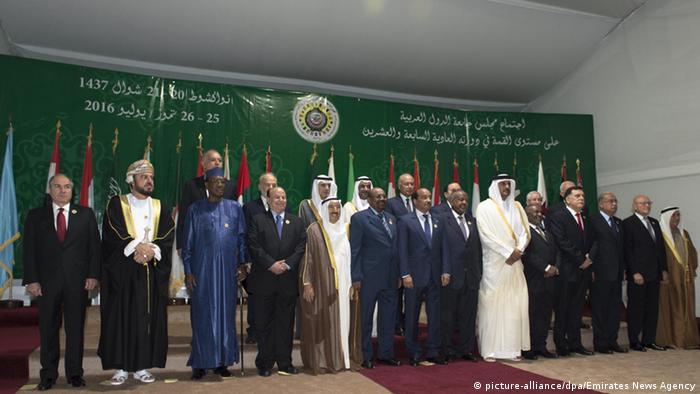 One Lebanese minister created a furor when he described the host country as "miserable," comparing this year's venue - a tent - to previous summits held in five-star hotels or luxury conference centers.

But one Palestinian columnist hit out at those complaining about the simple facilities, saying they were "arrogant" for failing to understand that Mauritania is a poor country.

The two-day summit was cut back to just a one day event, and leaders agreed to hold next year's summit in Yemen, despite the ongoing civil war.