While the transfer of power within the ruling CDU conservatives appears to have been well orchestrated, a new poll suggests few think Merkel's heir apparent, Annegret Kramp-Karrenbauer, is up to the job of chancellor. 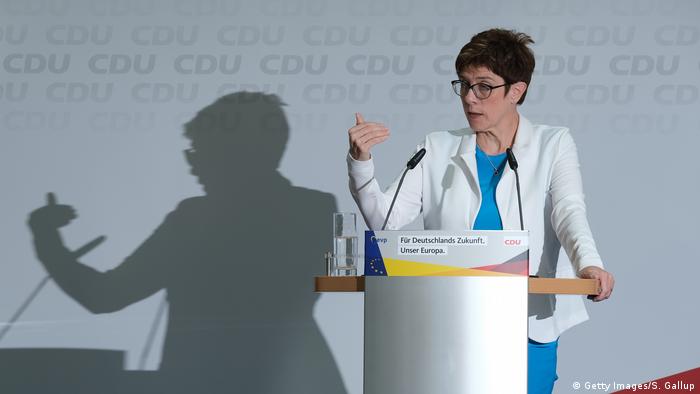 The Forsa poll released on Wednesday showed 70% of respondents considered that Christian Democratic Union (CDU) leader Annegret Kramp-Karrenbauer was not suited to taking over as chancellor. Chancellor Angela Merkel should stay on until 2021 when her term ends, the poll found.

Even among her own CDU party, 52% considered Kramp-Karrenbauer, or AKK as she is often called, was not up to the chancellor's job.

The poll among 1,501 people was carried out earlier this week, after the European election results, for broadcaster RTL.

The CDU fared poorly in the European elections and lost the majority in the parliament it had previously shared through the alliance of the center-right European People's Party (EPP) and center-left Socialists and Democrats (S&D). Commentators in Germany have suggested Merkel herself may be considering a role in the EU hierarchy, although she has dismissed the rumors.

Merkel also dismissed suggestions she was among those who did not think AKK was capable of being chancellor. She rejected as "nonsense" claims that Kramp-Karrenbauer had lost her support. 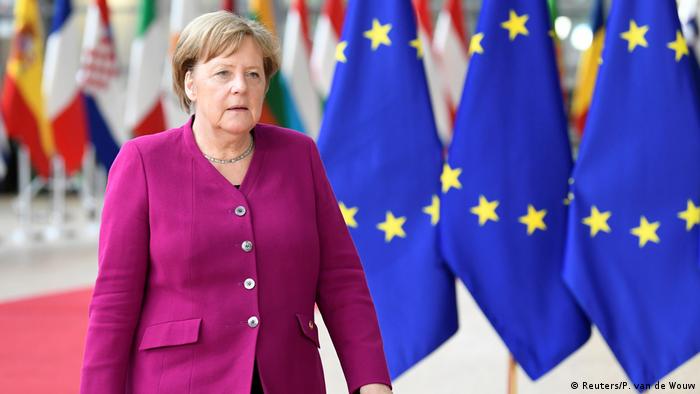 Merkel in Brussels for the post-election summit

"In my many years of political engagement, I have never concerned myself with such comments, which is why I'm not going to remark on this further," Merkel said in Brussels on Tuesday.

Kramp-Karrenbauer has also come under fire for her comments about freedom of speech and regulations for social media ahead of elections.

Criticism of the 56-year-old politician stemmed from a critique of the CDU and its coalition partner the SPD on YouTube by 26-year-old Rezo, whose hourlong message was a call not to vote for the CDU or the Social Democrats, a junior party in Germany's governing coalition government. The video has been watched more than 13 million times.

AKK responded to the video by calling for new rules to govern the online sphere and asking: "What would the reaction in this country have been had 70 newspapers, two days before the election, declared: … ‘Do not vote CDU and SPD'?" Kramp-Karrenbauer said after Sunday's poll. "The question needs to be asked ... what are the rules in the analog sphere, and which rules apply to the digital sphere?"

Among the responses to AKK's question was an online petition "No censorship of our freedom of expression Mrs. Kramp-Karrenbauer," (Keine Zensur unserer Meinungsfreiheit, Frau Kramp-Karrenbauer!) which had been signed by 64,800 people by Wednesday afternoon.

While her party colleagues gathered to support her on Wednesday, there was an admission that the CDU had to improve its use of social media in order to state its political case. "Our resources in online communication are far too scarce for us to be able to get in touch with young people," CDU Secretary General Paul Ziemiak said.

The CDU is holding a meeting at the weekend to discuss the outcome of the elections and, in particular, the loss of 1.2 million voters from the conservatives to the Greens, whose 49-year-old co-leader Robert Habeck is attracting attention as a possible future chancellor.