At an exhibition dedicated to him at the Jewish Museum Berlin, German President Frank-Walter Steinmeier described the philosopher's legacy as "universal."

The Jewish philosopher Moses Mendelssohn summed up the spirit of the Enlightenment with the following words: "To search for truth, to love beauty, to want to do good, to do the best — that is man's destiny." Modern, clear terminology that helped him gain fame quickly in the 18th century, and which seems more relevant than ever today.

Thus, the Jewish Museum Berlin is now tracing his footsteps with an exhibition. At the opening of "We Dreamed of Nothing but Enlightenment," German President Frank-Walter Steinmeier described Mendelssohn's legacy as universal. He cited the values associated with the philosopher: "tolerance, freedom of opinion and the power of reason and science, peaceful coexistence between religions, humanity and the validity of human rights."

"We owe these values to the Enlightenment. Our modern liberal democracies are founded upon them," the German president added. 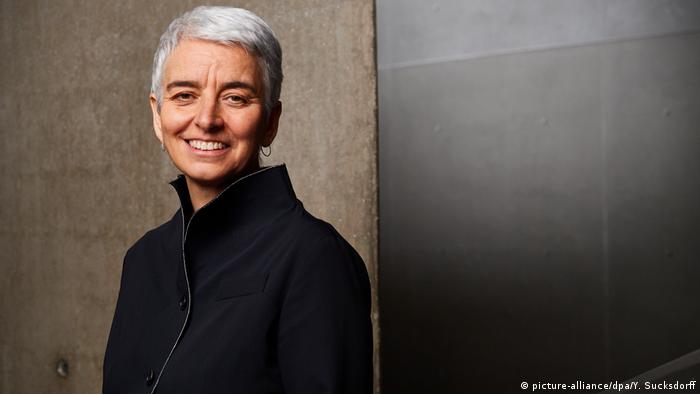 Throughout his life, Moses Mendelssohn suffered from antisemitic prejudice, the president added. Such exclusion still exists today, he said, arguing however that Jews are not strangers, not the others. "They belong to us, they are a part of us. That is what Moses Mendelssohn fought for."

A figure of integration

The exhibition focuses on Mendelssohn's life in Berlin, where the "mastermind" of modernism, born in Dessau in 1729, had lived since 1743. He prepared "what we call today critical consciousness," museum director Hetty Berg told Germany's Catholic News Agency (kna). His ideas of equal rights for religions, tolerance and a plural society continue to have an impact today, Berg said.

Mendelssohn was at the forefront of the social debates of his time. The 18th century was marked by a social discourse that eventually culminated in the French Revolution and other social upheavals. Philosophers and intellectuals heatedly debated religion and social structures. Enlightenment thinkers, including Immanuel Kant, Gotthold Ephraim Lessing and Johann Gottfried Herder, campaigned against prejudice and for tolerance, and discussed the social equality of different social classes. The equality of Jews in German society was an important philosophical and political issue, too — and Moses Mendelssohn became the "father of the Jewish Enlightenment."

Among his closest friends was Gotthold Ephraim Lessing, who was in turn inspired by Mendelssohn. The titular character of Lessing's play "Nathan the Wise," which deals with the Enlightenment's idea of tolerance, was modeled after his friend, Mendelssohn. 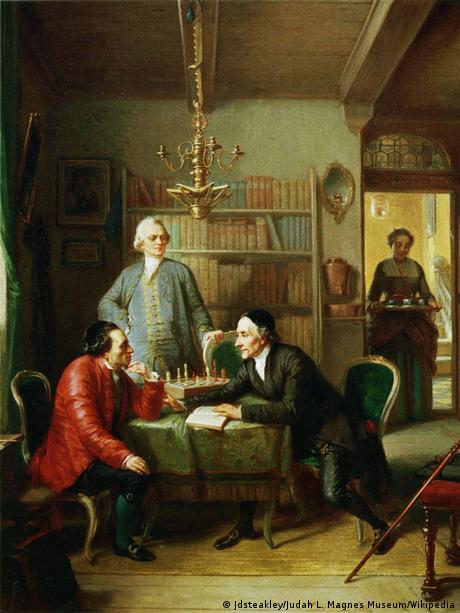 The exhibition also looks at the religious debates Mendelssohn participated in. "We show how 18th century Berlin became a place where different Jewish and non-Jewish perspectives converged and a Jewish modernity developed that influenced almost all of Europe," Berg emphasized. Mendelssohn did not doubt that "different people represent different world views" but can still live together as rational beings, she added.

Around 350 objects are on display, including a Torah curtain Mendelssohn owned and many of his writings and portraits. The museum also managed to reenact Mendelssohn's life. With the help of audiovisual animation, anecdotes from his life are reenacted — with listening stations and paper prints. The parallel exhibition of the graphic novel "Moische. Six Anecdotes from the Life of Moses Mendelssohn" by Dutch artist Typex provides a modern balance.

Mendelssohn had also translated the Torah, making religious knowledge accessible to a broader public. The reform movement he initiated in Judaism led to the philosopher being referred to as the "Jewish Luther."

With his arguments for Jewish emancipation, minority rights and the separation of state and religion, Mendelssohn paved the way for modernity. The exhibition about his influential life at the Jewish Museum Berlin runs until September 11, 2022.

Jürgen Habermas: Who is the philosopher who rejected a prize from the UAE?

At nearly 92, Jürgen Habermas is still advocating for a robust and transparent civil society. Now Germany's greatest living intellectual has rejected an award from the United Arab Emirates.

German Enlightenment: From Kant and Mendelssohn to Habermas

With the Age of Enlightenment, calls arose for the power of reason, liberty and progress. These were the leading German Enlightenment philosophers.