A Moscow court has canceled a decision by the election commission to bar the opposition candidate from running in Moscow's upcoming election. Election restrictions have triggered major, long-running protests in Russia. 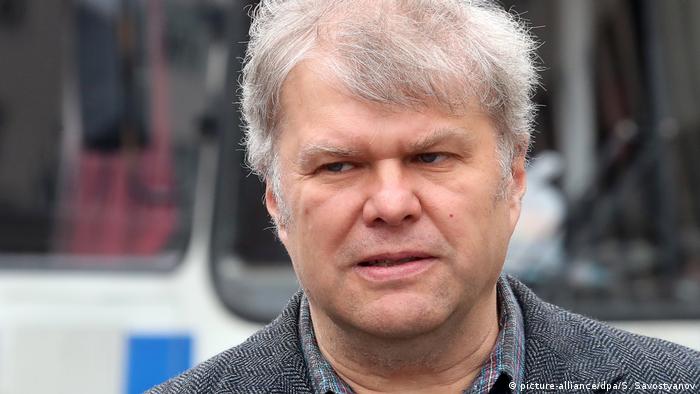 A Moscow court on Tuesday canceled a decision by the election commission to bar opposition candidate Sergei Mitrokhin from running in Moscow's upcoming city council vote.

The Moscow city court ruled that the electoral commission should immediately register Mitrokhin of the centrist Yabloko party as a candidate, according to Russian state news agencies.

'Give us the right to vote'

Tens of thousands of people gathered in the Russian capital, Moscow, on Saturday to protest the exclusion of opposition and independent candidates from the vote.

It was the latest in a wave of actions that have taken place since mid-July in support of independent candidates for the Moscow City Duma.

Protesters carried placards with slogans such as "Give us the right to vote!" and "You've lied to us enough," while others held up pictures of activists arrested at earlier protests. 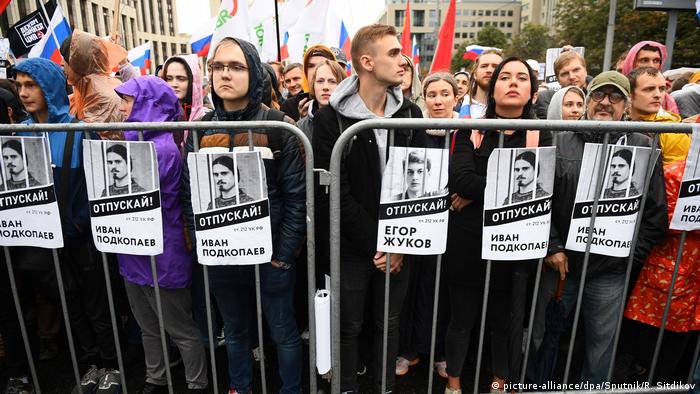 Thousands of people, including students, were arrested at previous protests

Permission for the demonstration had been given by authorities, however police rounded up groups of protesters when they left the authorized area and marched towards the Kremlin. Officers were accused of taking a heavy-handed approach to detaining people, including tackling protesters and dragging them onto buses.

Russia's media oversight agency has demanded Google take action to stop the spread of information about illegal mass protests. Thousands of its YouTube channels livestreamed one of Russia's biggest demos on Saturday. (11.08.2019)