More violence in Catalonia amid calls for new vote on independence 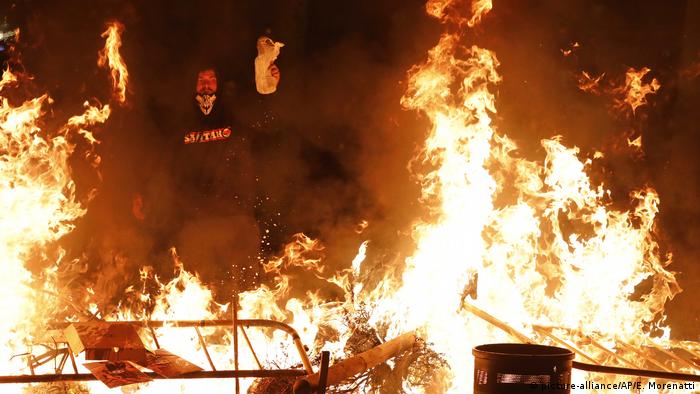 Clashes between Catalan protesters and police broke out for the fourth night in a row late Thursday night and early Friday morning in Barcelona. Catalan separatists set fire to barricades and garbage containers and threw Molotov cocktails at police who fired foam and anti-riot rounds.

Local media reported that police in Barcelona were able to keep apart demonstrators from two rival rallies — one group marched in support of Catalan independence while the other was held by right-wing extremists. Protest marches were also held in Girona and Lleida. 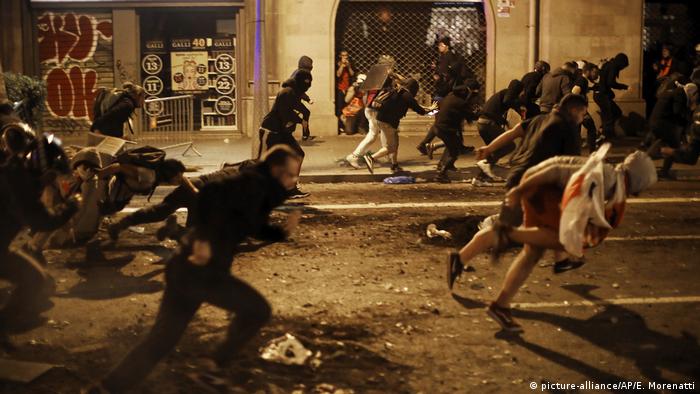 Police and protesters clashed in Barcelona

Earlier on Thursday, Catalonia's separatist leader had vowed to hold a new vote on secession from Spain within two years. The semiautonomous region of 7.5 million people continues to grapple with protests following the decision by Spain's Supreme Court to condemn nine separatist leaders to lengthy prison sentences on Monday.

Addressing the regional parliament on Thursday, Catalan President Quim Torra denounced any violent tactics used by the demonstrators, calling the separatist cause a peaceful one. But he also pushed the case for forging ahead with the stalled secessionist drive in a region that has its own language, flag and legislature.

"We'll return to the ballot box again on self-determination," Torra told the parliament on Thursday. "If all parties and groups make it possible, we have to be able to finish this legislative term by validating independence.

"If we are condemned to 100 years in prison for setting up ballot boxes, the answer is clear: We must again set up ballot boxes for our self-determination," Torra added.

Spanish Interior Minister Fernando Grande-Marlaska said the central government's forces had arrested 97 protesters and would soon send security reinforcements to put down further protests. On Thursday, thousands of students took to the streets of the Catalan capital, some of them hurling eggs at armed police holding riot shields. Protesters from around the region plan to converge on Barcelona on Friday, and unions have called a general strike.

On Wednesday, the central government's Constitutional Court had warned Catalan officials that they would face legal retribution should they continue to pursue independence for the region, Spain's wealthiest. National parties have also consistently rejected calls for an independence referendum, although the ruling Socialists say they would negotiate with regional leaders on other issues.

Catalans voted for independence in 2017, defying a ban by the central government. Federal authorities immediately seized control of the regional administration and put its elected officials on trial. On Monday, the central government's Supreme Court found nine politicians and activists guilty of sedition on Monday and sentenced them to up to 13 years in prison each — sparking the current demonstrations.

A poll in July showed backing for secession in the region at its lowest level in two years, with 48.3% of people against and 44% in favor.