Washington plans to impose a 25% import tax on various agricultural and industrial items imported from Europe. Olive oil producers in Andalusia worry about the economic future of the Spanish culinary gem. 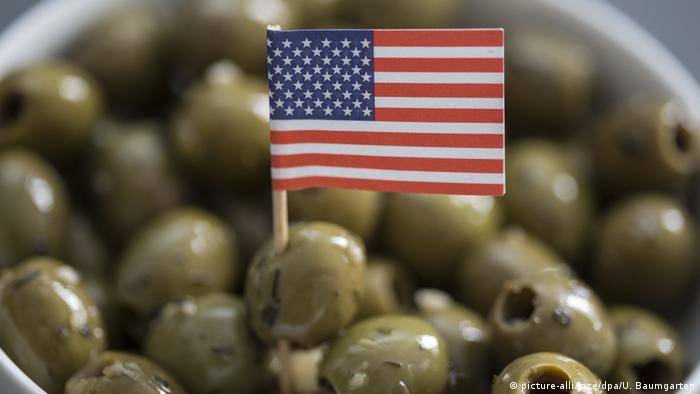 Popular Andalusian folklore refers to beautiful men and women with olive-green eyes. The color of the olives doesn't just cover the fields, but also seems to impact a whole worldview. After all, the lives of many in provinces like Jaen, as well as the local economy's health, are very much dependent on these Mediterranean trees and their fruits.

The Andalusian aceitunas — do not dare call them olivas here as they might be referred to further north — are treated like gold. They are a bridge between often impoverished regions and a countless number of kitchens all over the planet. Around 80% (1.4 million tons) of Spain's olive oil production comes from this southern region.

Now the world's most important olive oil producer and exporter has a reason to worry, and it's called Donald Trump. Last week the trade war trumpets sounded again as the United States announced fresh tariffs on $7.5 billion (€6.8 billion) worth of European imports in retaliation for illegal EU subsidies for European plane-maker Airbus.

Washington plans to impose a 10% tariff on aircraft imported from Europe and slap a 25% import tax on some agricultural and industrial items from October 18. Germany, the United Kingdom and Spain are some of the countries affected by the measure, with a final list of the items to be included set to be published on October 14.

Spain's olive oil exports will be targeted by those tariffs, should the preliminary list be confirmed — but not those of its main European competitors like Italy or Greece, or those outside the EU. 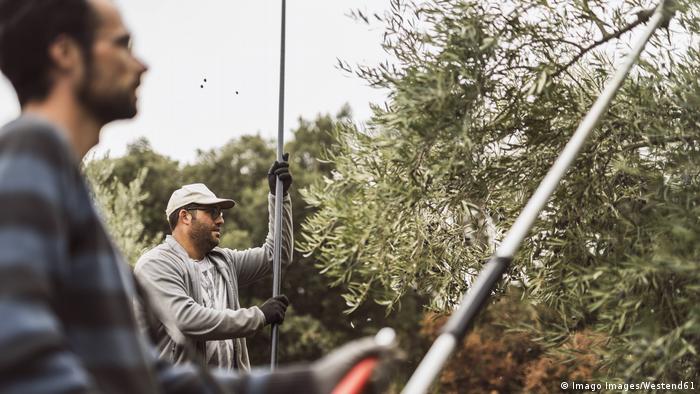 "We are worried about this announcement," a spokesperson from the Spanish Food & Beverage Federation (FIAB) told DW. "We warn of the negative effect the tariffs will have on our exports and the national economy." FIAB called for the government to protect the affected industries.

The effect of these tariffs could certainly be painful for a country that only recently started to recover from a tough economic crisis and still endures high levels of unemployment and social hardships.

Rafael Pico, the president of Asoliva, a coalition of olive oil-exporting companies, is pessimistic about the future of these exports to their biggest market.

"That 25% tariff means that after October 18 we will lose the US market; we will not be able to rival our competitors," Pico said in an interview with DW. "We also do not have the chance to sell 230,000 tons in other markets outside the US. For us, this loss is a catastrophe."

DW contacted the Spanish Agriculture Ministry, which did not answer specific questions and said that the country's interim government was waiting for the outcome of the next meeting between the European Commission and US officials. The minister in charge noted in a public statement that "there is still room for negotiation."

This storm is brewing amid a poor harvest. Those working in the olive fields have not had it easy lately. The olive oil's purchase price has been falling for years and so farmers keep incurring losses. According to Jaen-based consultant Juan Vilar, 70% of the losses are due to the current extreme situation. If it were not for European Union agricultural subsidies, many of them would simply go bankrupt.

What's behind this tanking purchase price? "In the last decade, 2 million hectares of olive fields have been planted all across the world. Some 65 countries on five continents produce olive oil," Vilar told DW.

Exporting companies are extremely happy about it, but traditional farmers do not necessarily benefit from output exceeding domestic demand. 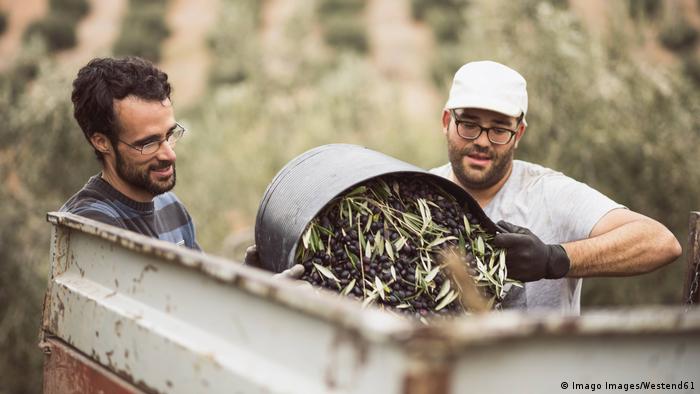 Moreover, in many Andalusian provinces like Jaen, farmers tend to keep a traditional business model that prevents them from improving their productivity. But this could also be an opportunity, Vilar says. "They should try to make their oil singular, so that people do not mind paying a higher price." The rise of more environmentally friendly consumption trends makes this sounds logical, but he adds that institutions also need to "create the right framework" for this to happen.

Institutions are waiting for the result of the ongoing EU-US talks. While those are in progress, Andalusia's regional government does not want to answer DW's questions on the matter.

Could Spain cushion the blow?

Should Trump's tariffs hit hard, Andalusia will find it difficult to adapt, given its 23% unemployment rate and high levels of poverty. Despite its tourist attractions and culinary fame, the region does not offer rosy prospects with 40% of its youth still unemployed.

Asoliva chief Rafael Pico is certain that "this is a political problem and requires a political solution." In his view, the dispute over state subsidies for Airbus (and Boeing) should not affect the olive oil business.

"I personally believe this is about something else. I have been hearing for a while that Washington wants trade talks with Brussels on agriculture. Because they want to export hormone-treated meat, or genetically modified food, but those are red lines for the EU," said Pico.

"I think that the Trump administration just banged on the table demanding EU officials sit down with US counterparts for talks on Spain's olive agriculture and related trade issues."

The war on olives