More than 1,000 missing in California fires

The so-called Camp Fire was California's deadliest fire in recorded history. Workers have found the remains of 71 people but are searching for more than 1,000 more. 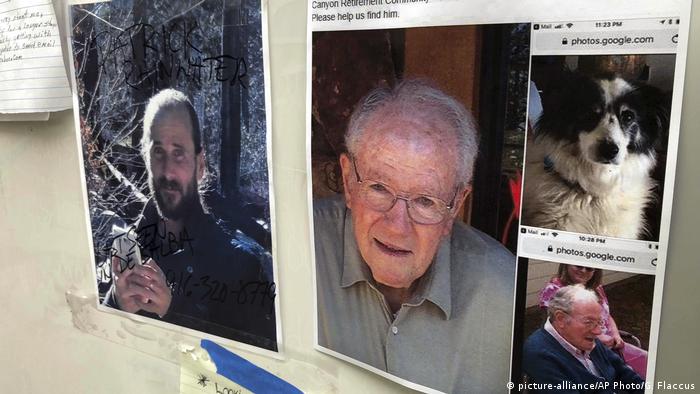 US rescue workers are searching for more than 1,000 people who are missing after massive fires in Northern California.

At least 71 people are confirmed to have died in the wildfires, but many more are unaccounted for.

The full list likely includes people who fled the blaze and were unknowingly listed as missing, as well as people who were counted twice, local authorities said.

Rescuers with sniffer dogs have been going house to house searching for people, while authorities collect DNA from relatives of the missing.

Californian authorities listed more than 2,000 people as missing after wildfires last year, but the final death toll was revised to just 44.

Fires have been particularly devastating this year, almost entirely destroying the town of Paradise, home to 27,000 people.

More than 50,000 people fled the fires, seeking safe haven in shelters, motels and with relatives. The fires have caused massive property losses, making them the most-destructive on record.

US President Donald Trump is expected to visit the site on Saturday, having blamed the devastation on poor management of land.

Deadly wildfires continue to rage in northern and southern California as the death toll steadily climbed to 29. Authorities now say more than 228 people are missing. (11.11.2018)

Cathay Pacific to cut workforce by a quarter 0m ago