Islamist militants have been blamed for the killing of up to 30 people in Nigeria. Reports of the attacks come after more than 100 people died in twin bomb blasts in the Nigerian city of Jos. 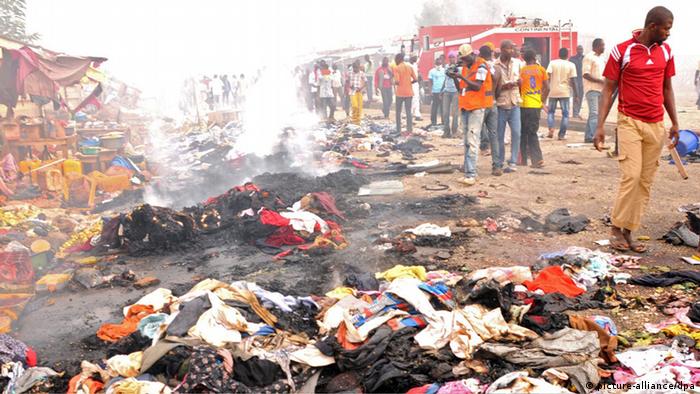 News of both attacks surfaced hours after twin blasts in the central Nigerian town of Jos on Tuesday. At least 118 people died in the bombings at a busy marketplace and bus station, and dozens more were injured.

AFP quoted witnesses as saying that an attack on Monday afternoon killed 10 people in the village of Shawa, around seven kilometres (4.3 miles) from Chibok, in Borno state.

"It was at about 4am when we began to hear the sounds of vehicles; then it was followed by shooting of guns. We immediately knew we were in trouble," Musa Yakubu, a resident of Shawa village, told the Nigerian newspaper Leadership.

A spokesman for the Nigerian Vigilance Group told the newspaper that the gunmen had set houses and provisions ablaze, and that they had carried away goats and rams.

AFP also said that gunmen then stormed the nearby village of Alagarno late Tuesday and stole food, set houses on fire and shot at people as they fled the scene.

After the bomb blasts in Jos, Nigeria's President Goodluck Jonathan said the government was "fully committed to winning the war against terror."