Monument fever takes hold in Russia | Europe | News and current affairs from around the continent | DW | 14.10.2016

Whether it is honoring Ivan the Terrible, Vladimir the Great or Mikhail Kalashnikov, new monuments in Russia are a sign of the times. 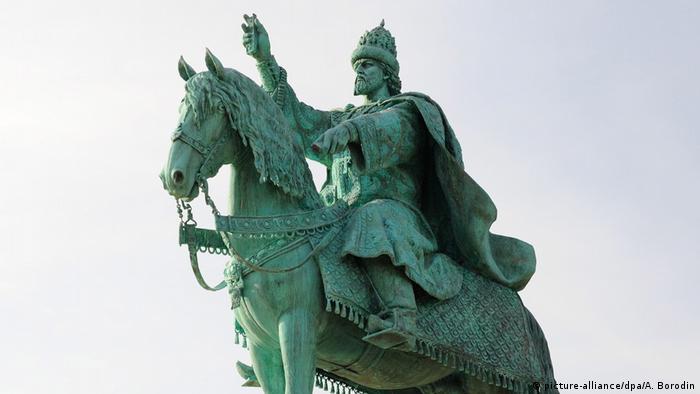 An older, bearded man in royal clothing sits atop a horse, holding a cross in his outstretched hand and a sword in his other. It is a monument to Russia's first czar, the Grand Prince of Moscow, better known as Ivan the Terrible. The monument was inaugurated Friday in Oryol, a city in southern Russia. The five-meter-tall (16 feet) bronze figure rests atop a concrete base next to an Orthodox church.

At first, the statue was to stand next to a children's theater and made official in early August to coincide with the 450th anniversary of the city. Activists opposed its location as well as its glorification of a controversial historical figure. Ivan IV ruled from Moscow with an iron fist in the 16th century. His notorious secret service, known as the Oprichnina, spread fear and terror. His brutal rule gave him the name, the Terrible.

Oryol's regional governor, Vadim Potomski, is not troubled by this history. "Ivan the Terrible made Russia strong and expanded its territory," he told a state broadcaster. Three-quarters of residents were in favor of the monument, according to a survey the city circulated. 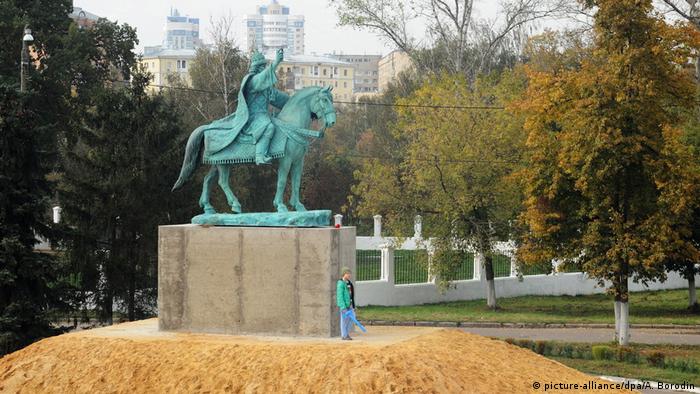 The Ivan monument is just the latest in Russia's seemingly new-found enthusiasm for them. Another is to be established on October 16 in Moscow for Vladimir the Great. The Grand Prince of Kyiv is considered the most important ruler in the history of Kievan Rus', a medieval state to which Russia and Ukraine trace their peoplehood, statehood and Christian Orthodoxy. Kyiv has been home to a major monument to Vladimir the Great for more than 150 years. Now, Moscow wants one of its own - within sight of the Kremlin, where a contemporary Vladimir now rules. It will be inaugurated on November 4, Russia's Unity Day.

Some observers believe the monument will bear greater resemblance to today's President Vladimir Putin than Vladimir, the Grand Prince of Kyiv. An actual monument for Putin has stood in St. Petersburg, the current Russian leader's home city, since 2015. 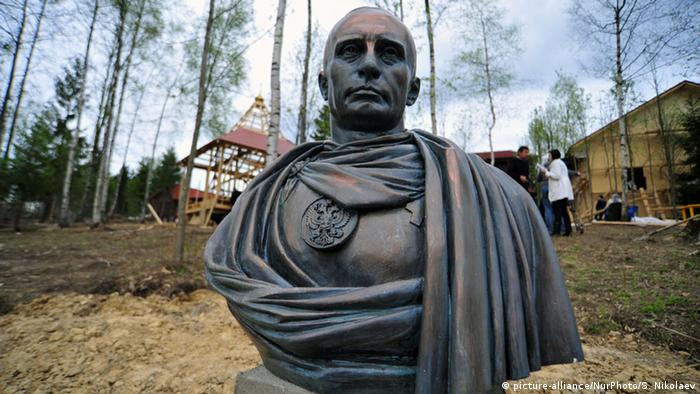 A monument to President Vladimir Putin has stood in his native St. Petersburg since 2015

An even newer and more symbolic monument is to be opened in the beginning of 2017. This will be for Mikhail Kalashnikov, the inventor of the famous Kalashnikov assault rifle. He died in 2013.

The monument is set to stand seven meters high in the center of Moscow. Its sculptor, Salavat Scherbakov, will include a globe to symbolize the rifle's impact around the world as well as St. George on a horse. Scherbakov calls the Kalashnikov a "weapon of good." The 61-year-old artist is currently the top monument maker in the country, responsible for Moscow's Vladimir the Great and Oryol's Ivan the Terrible.

The monuments are highly symbolic, said Oleg Kashin, a Russian journalist, who told DW he finds the globe behind Kalashnikov more menacing than celebratory. "It's become normal in Russia today to speak of war not as a tragedy but as good promotion for Russian weapons," he said.

Pacifism is out of fashion, Kashin added, making a "giant Kalashnikov" an adequate symbol for the Russian zeitgeist. 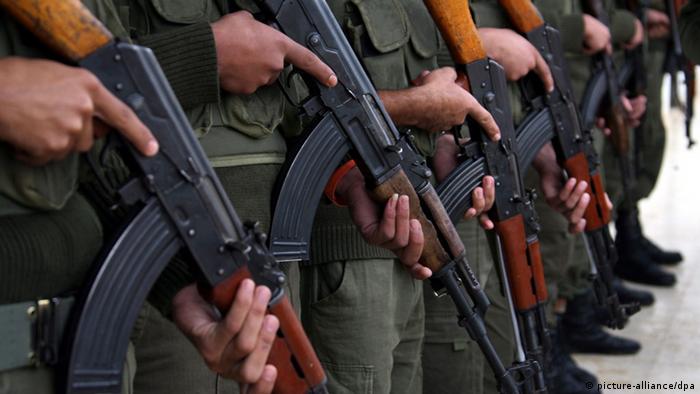 It is a zeitgeist that again reveres history's controversial rulers for making the Russian empire bigger and stronger. Joseph Stalin is a prime example: a myriad of monuments to the former Soviet leader have begun appearing in cities across Russia in the last few years.

Russians are not uniformly in agreement with this development. In October, authorities in the Siberian city of Surgut took down a Stalin monument less than a month after it had first been put up. They argued it was illegal and many residents were against it. During Stalin's reign, nearly half the Surgut population became victims of his terror, a city spokesperson said.

Crimean officials have unveiled a statue of an armed soldier in celebration of Russian troops that took control of the peninsula from Ukraine. Governor Sergey Aksyonov pledged to keep developing the troops' "brand." (12.06.2016)

Poland has incurred Moscow's wrath after deciding on a location to dump its Soviet-era war memorials. Moscow protested strongly when one such monument was removed in 2015, with plenty more of the same set to follow now. (29.06.2016)

The Russian president has achieved a lot since his forces invaded Ukraine, says DW's Miodrag Soric. It's just that it was the opposite of what he wanted.