Uncertainty has returned to the financial markets after Italian Prime Minister Mario Monti announced his resignation over the weekend. European shares and Italy's bonds fell, while the euro slipped to a two-week low. 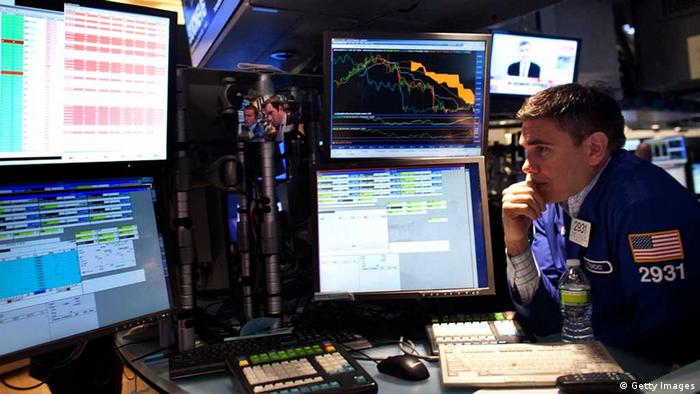 News of Monti's resignation sent Milan's stock market down by about 3.5 percent on Monday, and put yields on the country's sovereign debt under upward pressure.

The yield of benchmark 10-year Italian bonds jumped to 4.8 percent, which was considerably higher than the 4.4 percent the debt-ridden eurozone country had to pay recently. Higher yields mean the price of Italy's debt has fallen, as investors sell the bonds for fear that the country might deviate from austerity reforms initiated by Mario Monti.

In addition, analysts attributed the market jitters to the possible return to power of former Italian Prime Minister Silvio Berlusconi, who said last week he would stage a new bid for the premiership.

Other European stock markets also dipped on Monday, but were able to reclaim lost territory in the course of the day.

The euro was trading near Friday's two-week low before climbing back in the afternoon.

Prime Minister Mario Monti has said he plans to step down once the Italian government has agreed on a budget for 2013. The news came just hours after Silvio Berlusconi declared his own wish to become premier once again. (09.12.2012)

The head of the eurozone's permanent rescue fund has warned against an escalation of the sovereign debt crisis on the continent. He has urged Italy to stick to its austerity course amid political turbulences. (10.12.2012)