Prime Minister Mario Monti has said he plans to step down once the Italian government has agreed on a budget for 2013. The news came just hours after Silvio Berlusconi declared his own wish to become premier once again. 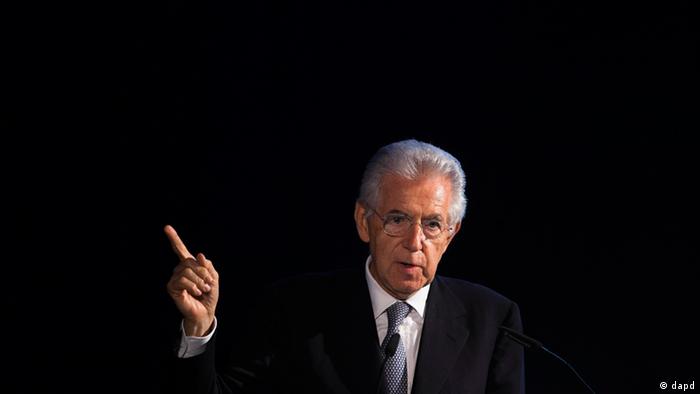 The Italian premier announced his decision to resign shortly after meeting with the country's president, Giorgio Napolitano, late Saturday. Stark opposition to budgetary measures by the opposition party in the current government had affected his choice to give up the post, which he has held since November 2011.

Initial reports did not provide reactions from Monti's supporters or opponents.

The center-right People of Freedom Party (PDL), led by former Prime Minister Silvio Berlusconi, had withdrawn its support of the current government two days prior. The economic measures had still passed with support from other parties, but the PDL's move signaled the possibility of early elections.

As parliament stands ready to reach a budget deal before Christmas, the current prime minister's term likely won't extend into the new year.

While Monti's government has been credited with successful steps toward stabilizing Italy's troubled economy, its austerity measures have been unpopular among its own population.

Silvio Berlusconi announced earlier on Saturday his intention to run for office for a fifth time after failing to find a suitable candidate to run for his party, the PDL. He posted the news on the social networking site, Facebook.

Scandal after scandal - including sexual misconduct and corruption allegations - have characterized the controversial Italian politician's long career. He has reigned for a total of nine years. In October, a court gave him a four-year jail term for tax fraud. Berlusconi risks another sentence in a separate trial for allegedly having sex with an underage prostitute.