The head of the eurozone's permanent rescue fund has warned against an escalation of the sovereign debt crisis on the continent. He has urged Italy to stick to its austerity course amid political turbulences. 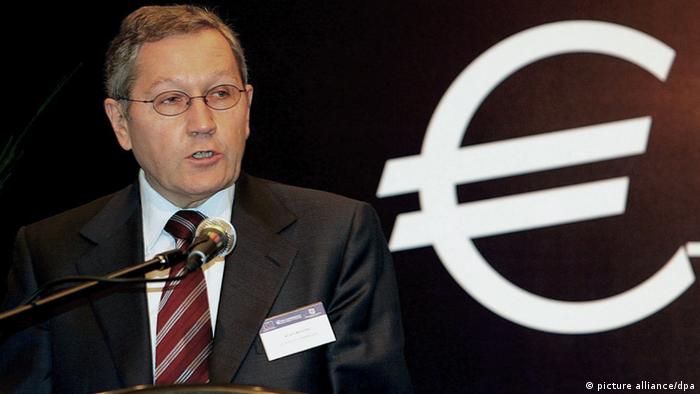 The head of the European Stability Mechanism (ESM), Klaus Regling, said on Monday Italy must not deviate from the budget consolidation course it had embarked on under Prime Minister Mario Monti.

Regling told the "Süddeutsche Zeitung" newspaper that Italy must not risk an escalation of the debt crisis following Monti's announcement that he was planning to resign as former Prime Minister Silvio Berlusconi's aspires to launch his political comeback.

The head of Europe's permanent rescue fund admitted that austerity measures within the euro area member states were facing mounting criticism particularly from the German population. But Regling added any doubts about the legitimacy and efficiency of such a course were unfounded.

He said a couple of months ago the big financial players were of the opinion that the euro would have no chance of surviving, but in his view the mood had long swung not least to governments' efforts to get their states' finances in order.

Regling emphasized that contrary to popular belief the ESM had not been giving away any presents to anyone, and that the current policies of the European Central Bank (ECB) would not lead to more inflation in the eurozone.