Montenegro′s peculiar path to EU membership | Europe | News and current affairs from around the continent | DW | 07.02.2013

Montenegro is not a eurozone member; not even a member of the EU. But for years this small Balkan country has been using the euro as its currency. In an odd twist, it may now have to give it up in order to join the EU. 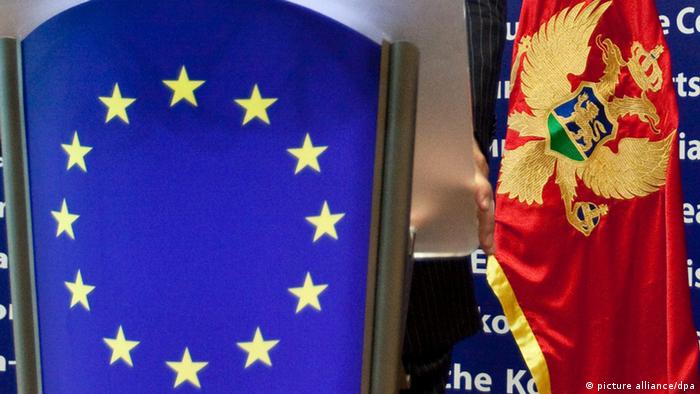 Will Montenegro be obliged to waive the euro during the negotiation process towards European Union membership, in order to introduce it later on, but then, by obeying the rules?

But, one step at a time. In order to avoid inflation, Montenegro in 1999 decided to abandon its own dinar currency. It introduced the German mark with the consent of officials in Berlin. In 2002, when the euro currency was introduced, Montenegro started using it, too, explains the Montenegrin finance minister, and until recently, Central Bank governor, Radoje Zugic: "We brought in the German mark and then made the conversion to the euro payment system and now it's a kind of tacit consent," Zugic said. 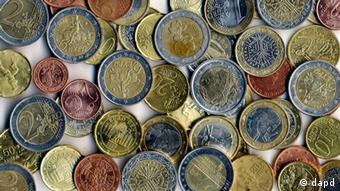 Montenegro abandoned the dinar in 1999

The European Central Bank has not been willing to comment on how it is possible that some countries are using the euro in spite of not being members of the European Union, not to mention the eurozone.

Krzyzanowski explained that the same principle applies for people, legal entities and countries: "Our policy is that the Euro is an international and free traded currency, and everybody can purchase it whenever he or she wants."

Not important for the membership talks?

However, for Montenegro, which is negotiating EU membership, it won't only be a matter of free choice. In mid-January, the first meetings of EU and Montenegrin officials were held to negotiate the initial chapters on economic and monetary policy and the free movement of capital.. 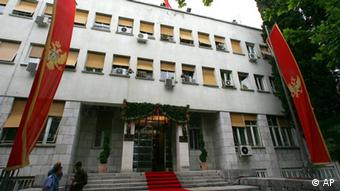 "I can only say that the question of the euro was not explicitly mentioned when it comes to Montenegro using it and all presentations concerning monetary policy, were completely neutral, meaning that they haven't considered the fact that Montenegro is using the euro as its official means of payment. So, we cannot tell you anything more on this at the moment", explained the head of the negotiating group for the chapter on economic and monetary policy, Zorica Kalezic.

But, at Brussels meetings, Montenegro's minister of finance heard something else: "We had talks about the euro", said Zugic and promised: "We, as the government of Montenegro, will adopt some certain elements, which should fulfill the conditions for further use of the euro; such as adopting fiscal rules."

The first condition for a country to introduce the euro as its own currency is to be a member of the European Union. Further conditions include fulfilling the so-called Maastricht Treaty criteria, which means low a inflation rate, a budget deficit below 3 percent of GDP and a ratio of gross government debt to GDP not exceeding 60 percent. 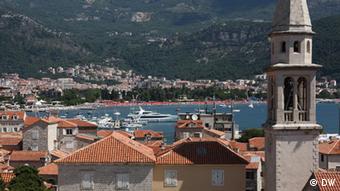 Tourism is a backbone of the economy

Finance minister Zugic says that Montenegro is imposing strict austerity measures, such as the freezing of pensions and additional taxation of earnings, all in attempt to keep the euro. Still, for becoming a member of the eurozone, there is one more criteria, emphasizes ECB press officer Krzyzanowski: "The country must achieve a stable exchange rate, which means the currency of the country has to be stable against the euro for a certain period of time."

It will be a political decision whether or not Montenegro will be asked to re-introduce its own currency in order to fulfil this particular requirement. The finance minister is hoping that the answer to that question will be 'no': "In my opinion, it would be extremely economically irrational to return to our own currency and then later to again go back to the euro." The fact that Montenegro does not have its own currency makes things easier, according to Zugic.

Too small to influence eurozone

Jurgen Matthes, expert at the Cologne Institute for Economic Research, says that introducing its own currency might help a country, if it has economic problems and does not rule out the possibility that the introduction of another currency may be required. "I can only speculate that Montenegro could be in some macroeconomic difficulties, from which it is easier to escape having its own currency, because a devaluation of that currency would be possible," he said.

With only 650,000 inhabitants, Montenegro is too small an economy to affect the eurozone. The same excuse is also used by other countries that have been using the euro, despite not being members of the European monetary union. These include the Vatican, Andorra, San Marino, Monaco and Kosovo.

50 years of DW's presence in Central and Southeastern Europe

Deutsche Welle's first radio broadcasts in Polish, Croatian, Serbian and Turkish went on air in 1962. Today, its programming for the region is a full multimedia spectrum that includes the Internet, television and radio. (05.07.2012)