In an unusual move, Montenegro police arrested opposition lawmaker Nebojsa Medojevic as he was leaving the assembly. The staunch critic of President Milo Djukanovic has parliamentary immunity, but that may not be enough. 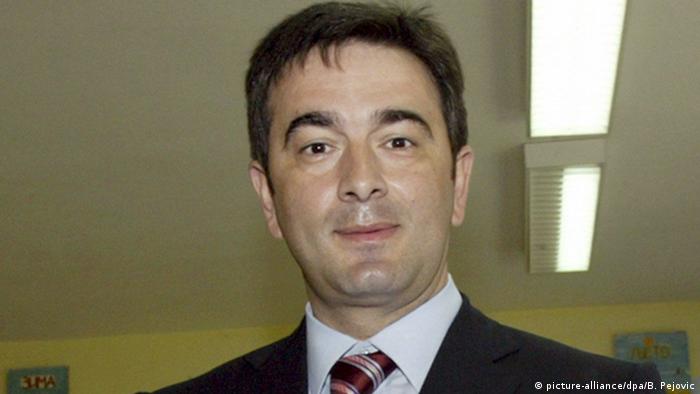 A police squad detained Montenegro government critic Nebojsa Medojevic as he was heading home from the parliament early on Friday, following a lengthy parliamentary session.

"Police were out in force outside the parliament, they were waiting — we didn't know who they were waiting for, but we knew something was going on," said lawmaker Slaven Radunovic from Medojevic's Democratic Front (DF) party in video published on Facebook.

Medojevic "got in the car with me and we started off home […] when a police car cut in front of us and Nebojsa was arrested," Radunovic added. "It was said that they have some kind of a warrant, we don't know what this is about."

Another opposition deputy, Milan Knezevic, was still hiding in the building to avoid detainment.

Earlier this year, Medojevic publicly accused Montenegro special prosecutor Milivoje Katnic of taking a €100,000 ($113,670) bribe from a former mayor of Podgorica in order to keep him out of jail. Following the Friday incident, authorities said Medojevic was detained for his refusal to testify in the probe which was triggered in the wake of his statement. Medojevic's claims were backed by Knezevic, who now faces detainment on similar grounds.

A senior Podgorica court confirmed that Medojevic has been jailed for up to two months until he agrees to testify.

Medojevic is a vocal opponent of the government led by Milo Djukanovic, who has been the most powerful politician in the 620,000-strong European country for some 30 years.

According to Montenegrin constitution, lawmakers enjoy legal immunity for any public statement. Medojevic cannot be prosecuted unless the parliament strips him of that right, Montenegrin jurist and political analyst Boris Maric told DW.

But, at the same time, lawmakers can still be summoned as witnesses to testify before a court, according to Maric.

"Seen from this perspective, the judiciary can deem itself authorized to ensure presence of any witness, whether it is voluntarily, by monetary fines, or by jailing them for up to two months."

'Radical response' to be expected

Medojevic's DF party is involved in a parliamentary board working on an election reform, but it is "hard to expect that DF deputies would participate in the dialogue while their colleagues are in jail," Kajosevic said.

"It is problematic that Medojevic was arrested on the street following a parliamentary session and without being stripped of immunity, which means that a radical DF response is to be expected," he told DW.

Montenegro has been Serbia's closest ally throughout the 1990s breakup of Yugoslavia, but the country has since peacefully seceded from Belgrade and eventually joined NATO last year.