Global warming may threaten many bird species. Some chicks, though, are hatching well prepared for higher temperatures. Researchers say it's all thanks to their parents' song. 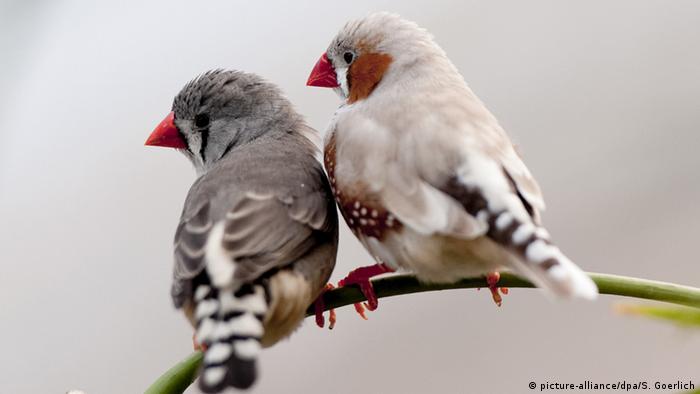 A pair of zebra finches

When the temperature rises above 26 degrees Celsius (78 degrees Fahrenheit), Australian zebra finches sing to their eggs. Now scientists have found that these songs influence how fast the chicks grow after hatching.

"Late stage avian embryos can perceive and even produce sound," Mylene Mariette and Katherine Buchanan of Deacon University in Australia write in the journal "Science."

The researchers' hypothesis is that by calling to their unborn offspring, the parent birds help the embryos to anticipate their new environment and get prepared for it.

They studied 61 pairs of zebra finches and their offspring for two years, starting from breeding time.

Nestlings who were exposed to their parents' song before hatching gained less weight and therefore grew more slowly than control birds.

Even though this might seem like a bad thing for the chicks, actually , in a hot environment, it isn't, according to the researchers.

"[It] might be beneficial if it reduces oxidative damage associated with growth in such an environment or if small body size facilitates heat loss," they write.

A bigger body produces more heat by itself and might thus damage essential molecules. Smaller bodies, on the other hand, have the ability to cool down more easily during hot periods. 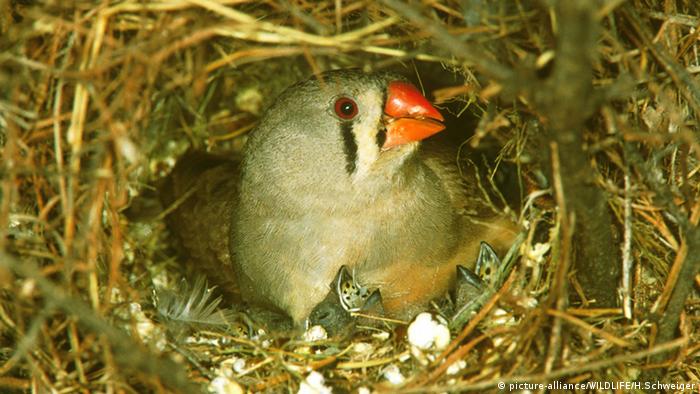 A zebra finch feeding its nestlings

Gaining less weight in a hotter environment also seems to benefit birds later in life, Mariette and Buchanan found. They showed that male birds who were exposed to their parents' songs as embryos produced more chicks during their first breeding season.

Those birds also preferred hotter nest boxes than control birds when it came to choosing a place for breeding.

Researchers have shown before in bugs, butterflies and fish that parents may control how fast their offspring grows, depending on ambient temperature.

Studying such behaviour in birds, "advances our understanding of the acclimatization capacities of organisms to rising temperatures," the authors say.

And this might well be a good thing in a warming world.

Colorful macaws, enormous rhinos and tiny frogs - our world would be much poorer without the unique diversity of nature. And yet that biodiversity is under profound threat. Species are disappearing from the planet at an astounding rate. But many people are working tirelessly and - often desperately - to halt the trend. Take a look at some of the more bizarre ways in which conservationists are working to save many animals. (16.08.2016)