Moldova′s new PM ′completely determined′ to clean up government | Europe | News and current affairs from around the continent | DW | 02.07.2019

After the dramatic power struggle in Moldova, new Prime Minister Maia Sandu tells DW that her government's first priority is to clear out the muck. One by one, she says, servants of the oligarch regime are leaving. 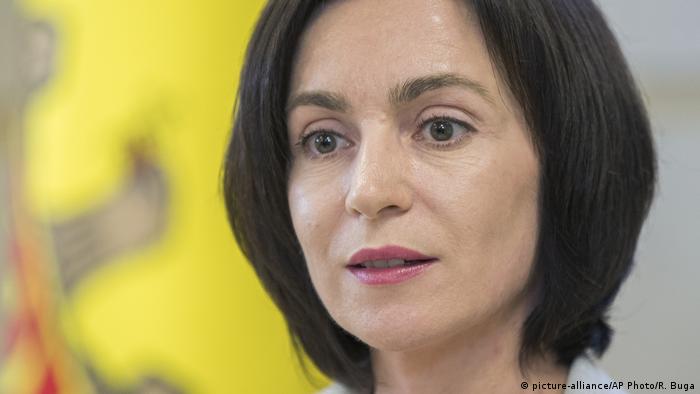 DW: Maia Sandu, during our last discussion we were sat in the modest offices of your ACUM political alliance. Now we're meeting in the government buildings. Back then, you called Moldova a "captured state." What kind of country is it today?

Maia Sandu: We are in the process of liberating this captured state. The servants of the Plahotniuc regime are leaving, one after the other. (Editor's note: Former Prime Minister Vladimir Plahotniuc gave up his post in the middle of June. For several days prior to this, he and his PDM party refused to recognize Moldova's new government — a mixture of Sandu's pro-European ACUM alliance and the pro-Russian socialists.) But we're also aware that there are some institutions still under the old regime's control. We are completely determined to muck out the state.

Plahotnius eventually gave up his post and fled the country. Why was he allowed to leave?

We still need to find that out. We only learned that he had left the country after the public announcement from his PDM party saying that they would recognize the new government. So far, the relevant institutions have not been able to offer any clear information on how Plahotniuc was able to leave the country. But it is clear that he was able to use his influence on certain institutions to ensure that no traces were left behind.

There are also concerns internationally that the temporary cooperation between your ACUM alliance and the pro-Russian PSRM socialists could breathe new life into Russia's federalization proposals for the Republic of Moldova. [Editor's note: the separatist, pro-Russian Transnistria region unilaterally declared independence from Moldova in the 1990s and does not recognize the government in Chisinau. This, in particular, makes Moldova's relationship with Russia controversial.] Do you expect ties to Russia to deepen?

There can be no federalization process as long as we in the ACUM are quite clearly against it. When it comes to Russia: Moscow's involvement in removing Plahotniuc from political life came as a surprise to us, too. The agreement we signed with the PSRM is the only deal we've made and it's available for all to see. We will have to see how far this cooperation can go. At the moment, both sides are honoring their promises.

Before the parliamentary elections in February, you assured voters that you would not work with the PSRM. Is this coalition government, therefore, a betrayal of ACUM voters?

We had to make a decision: Either we let the regime stay in power, and risk losing any trace of a democratic process in this country, or we reach an accord with the socialists. Yes, six months ago, this cooperation would have been unacceptable to us, but the final decision was taken after consulting members of the party, and even our voters. We spent a long time looking for better solutions but had to recognize after three months that none existed.

Unusually, the EU, Russia and the US all agreed: they all wanted Plahotniuc to give up power. Why do you believe that he and his party suddenly found themselves without any real support from abroad?

I think that his deeds and his decisions were so bad in recent months that international powers which very rarely cooperate could band together in opposition to him — at least in our region. Plahotniuc and all his lobbyists could no longer hide the extent of his abuse of power.

I was also told in Brussels once that Plahotniuc was seen as the Republic of Moldova's biggest problem. Discussions there often asserted that as long as he stayed, nothing good would happen in Moldova, there would be no positive prospects. 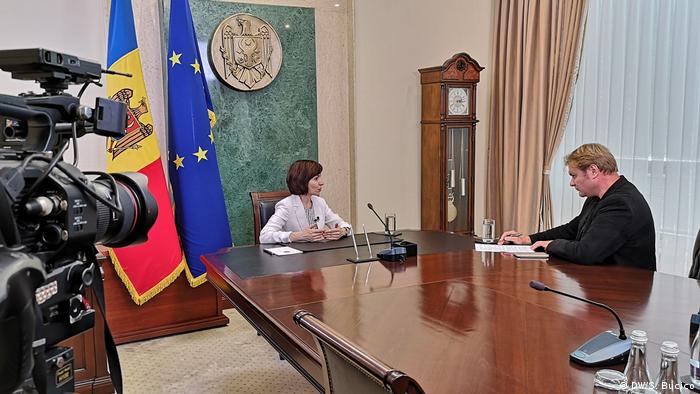 Do you not find it strange that many shady individuals from your country, who have found refuge in Russia since the 1990s, are now saying: 'It's good that we're rid of Plahotniuc, now we'd like to return home'?

It perturbs me greatly, and it's important that we rid the public prosecution of vulnerable or corrupt members as quickly as possible. At the very top, we need an attorney general who makes a start on reforms and has a clear message: In the Republic of Moldova, criminals will be punished.

Recently, shocking details have come to light of illegal activity at customs offices and also in the interior ministry. The new deputy PM and interior minister, your party colleague Andre Nastase, spoke of more than 100 ministry employees receiving bribes during Plahotniuc and the oligarchs' tenure. Are you aware that one of the ministries in your control had effectively turned into a criminal group?

That doesn't surprise me all that much and I think that there are other institutions where ugly things have happened. For instance, there are state-owned companies which until recently financed Plahotniuc's businesses. Now we are in the middle of this "mucking-out" process — but that's not easy with a compromised law enforcement system.

Attorney General Eduard Harunjen has said that he will not voluntarily vacate his post. How do you plan to proceed?

If he won't go, we will take legislative steps. We will create in law an opportunity for the attorney general to answer for his acts and his failures. And there were rather a lot of failures: for instance in the case of the theft of billions from Moldovan banks [in 2014], when absolutely nothing happened. Everything was simply delayed over and over until the money was as far as possible from the Republic of Moldova. A few days ago I met with representatives of international organizations to talk about this: They told me that our attorney general never asked them for help investigating this theft of billions.

Vitalie Calugareanu conducted the interview for DW in Chisinau, Moldova.