The Japanese engineering giant Mitsubishi has succeeded in transmitting energy wirelessly. The breakthrough marks one small step for solar energy in space and possibly one giant leap for clean energy. 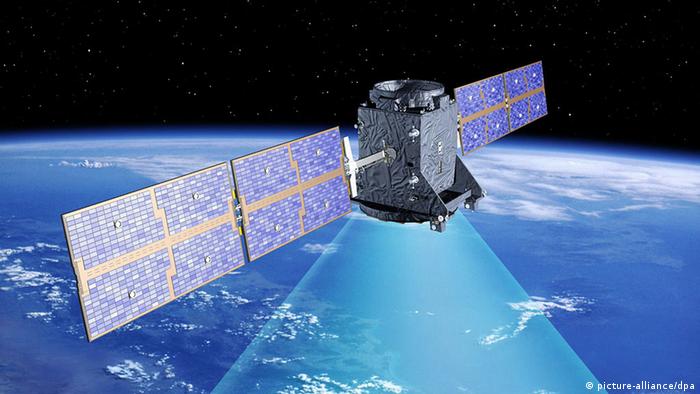 Imagine a power plant floating in outer space. Below a bustling city, electric cars darting this way and that. All powered by a steady beam of extraterrestrial electricity.

What sounds like science fiction could soon be a reality after scientists in Japan have pulled off an engineering feat of cosmic proportions, with the potential to make even the most modern solar parks look like relics from the Stone Age.

Mitsubishi Heavy Industries (MHI) announced on Friday that it had wirelessly powered LED lights by transmitting a 10-kilowatt microwave through the air to a receiver 500 meters away.

The race to revolutionize the world's energy supplies is fierce, with climate change pushing many countries to rethink their position on conventional energy. Indeed, the Tokyo-based company is not the first to transmit energy without cables. A day before Mitsubishi's big announcement, the Japan Aerospace Exploration Agency said it had successfully sent 1.8 kilowatts 55 meters through the air. But MHI is the first to have transmitted such a large amount - enough to run a set of conventional kitchen appliances - over such a long distance.

"We believe we demonstrated the possibility of commercializing wireless power transmission through our experiment," Mitsubishi said in a statement on Friday.

The breakthrough marks a significant, if small, step towards one day tapping into the biggest source of clean, sustainable energy in our solar system - the sun, but unhindered by the weather or time of day.

The Japanese engineering giant says it plans to do just that by sending solar cell-covered satellites into orbit 36,000 kilometers above the Earth's surface. Suspended in space, the cosmic power-generation plants will convert the harnessed energy into microwaves and beam it down to so-called rectenna receiving stations on the ground. A rectenna is a special antenna that can convert microwave energy into electricity.

In a 2011 report, MHI estimated this would generate the same electricity output as a 400-megawatt thermal plant - or enough to serve more than 150,000 homes during peak hours. The price? The same as publicly supplied power, according to its calculations.

Mitsubishi says it aims to commercialize its Space Solar Power System (SSPS) by 2030.

The revolution begins at home

But the potential doesn't only extend to outer space. The technology would also make it possible to beam electricity to far-off islands and other hard-to-reach locations currently cut off from the conventional grid, or even transmit offshore wind power inland.

On an even smaller scale, but with an equally revolutionizing potential, wireless power could also be used to recharge electric cars - an industry many analysts say has been slow to take off due to an infrastructure that doesn't support charging stations.

But what could really kick-start public demand for wireless power: The promise to clear up the cable clutter haunting most modern households.