Mining tycoon Beny Steinmetz has appeared in a Geneva court where he is facing trial for allegedly paying bribes to win lucrative mining rights in Guinea. Swiss prosecutors accuse Israeli-French mining magnate Beny Steinmetz and two others of having paid $10 million in bribes to obtain permits for lucrative iron-ore deposits in Guinea.

The three are also accused of forging documents to cover up the bribery.

Appearing in court in Geneva earlier this week, 64-year-old Steinmetz denied any role in the corruption or forgery linked to the exploration rights in the remote Simandou mountains in Guinea's southwest.

In court, Steinmetz referred to himself as the "spokesperson" or ambassador for the company Beny Steinmetz Group Resources (BSGR), Reuters news agency reports.

He had never presented himself at the boss or taken decisions on projects, he said in the trial, which started on Monday.

BSGR told Reuters it couldn't comment on the proceedings.

Steinmetz, who now lives in Israel but resided in Geneva until 2016, has denies all charges. He faces ten years in prison if convicted.

The mining magnate is charged with paying at least $8.5 million (€7 million) in bribes to Mamadie Toure.

Toure is one of the four wives of Lansana Conte, who ruled Guinea from 1984 until his death in 2008.

The money was allegedly paid through shell companies and other opaque corporate constructions to the country's presidential family.

This allegedly helped Steinmetz's BSGR company secure iron ore exploration rights in Guinea's Simandou mountains valued at around $5bn for the much lower sum of $165m.

The 110-km (68 miles)-long Simandou range is thought to hold one of of the world's riches deposits of iron ore, a key ingredient in steelmaking.

The bribes were also allegedly aimed at outmaneuvering British-Australian competitor Rio Tinto to obtain the rights. 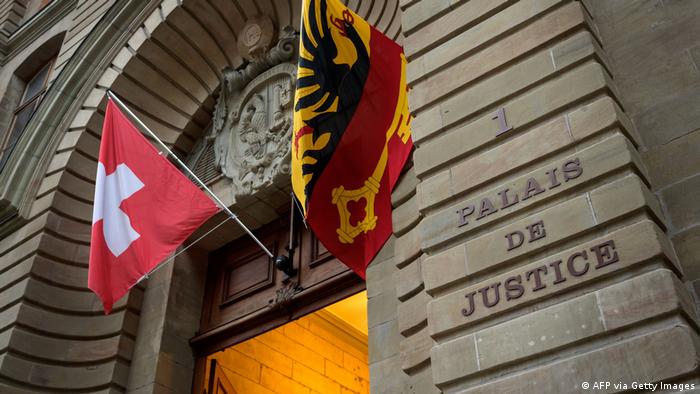 The Steinmetz trial, which is expected to last two weeks, is taking place at this courthouse in Geneva

"If a business takes a risk, it's normal that it's compensated," Steinmetz in response to a question about why the company had received the rights so cheaply.

Steinmetz, who has been referred to as a billionaire in the past, made his original fortune dealing in diamonds but later traded in diverse commodities.

After the death of Guinean dictator Conte in 2008, Steinmetz's empire began to crumble, although he is still one of Israel's wealthiest men with a personal fortune of around $50-80 million. 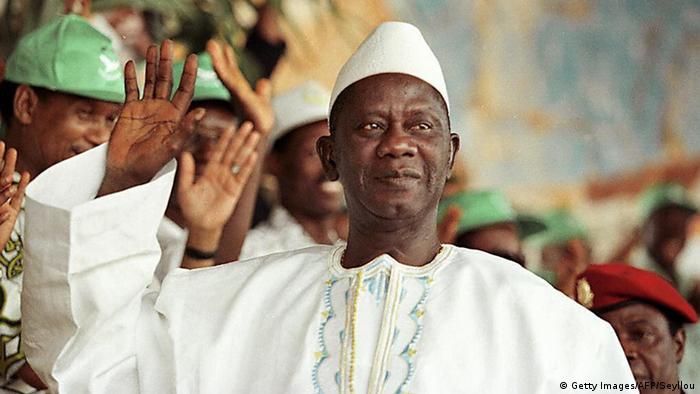 Former Guinean President Lansana Conte, seen in this archive photo from 1998, and his wife Mamadie Toure are alleged to have received millions from Steinmetz's company

The size of the iron deposit at Simandou means it had the potential to transform Guinea's economy but the legal wrangles over the license, together with the difficulty and cost of access to the remote region, mean it has yet to be developed.

"The Steinmetz affair is a sad illustration of what is called the resource curse — that is that a country as rich in natural resources as Guinea is trapped in extreme and paradoxical poverty," said spokesperson Geraldine Viret from Public Eye, a Swiss NGO that monitors the country's commodities sector.

"It also shows the devastating consequences of the lack of transparency that corporate groups and companies exploit to reap gigantic profits on the backs of developing countries," Viret told DW.

The trial is being closely followed in Guinea.

"The most important thing for Guinea is to put an end to corruption in the mining sector," said Dansa Kourouma, director of the National Council of Civil Society Organizations in Guinea. "We are watching closely to see what lessons the Guinean state will learn from this process for future contract negotiations."

Guinea's government is not acting as a plaintiff in this lawsuit, having already settled with Beny Steinmetz's company in 2019.

At that time, BSGR agreed to relinquish rights to Simandou if Guinea dropped corruption charges.

A year later, in 2020, the government gave the green light to the SMB-Winning Consortium, a Chinese-Singaporean and Guinean company, to develop the iron ore deposits in the Simandou range's blocks 1 and 2.

The consortium has agreed to build 650 km of railway infrastructure to transport the iron ore across the country as well as a deep-water port so it can be shipped to international markets. 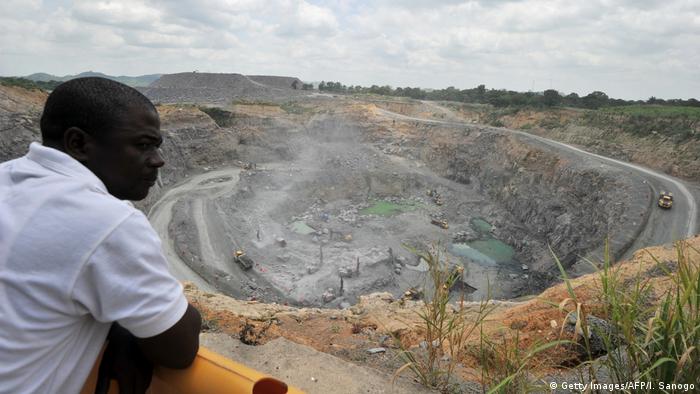 For Guinean investigative journalist Akoumba Diallo, who has written extensively about Guinea's extractive industry, the Simandou range is synonymous with both hope and disappointment.

"Hope, because we believe that the exploitation of Simandou will revolutionize Guinea's gross domestic product, create wealth at the local level and open up the entire territory," Diallo told DW.

"Disappointment, because people have always been waiting for the promise of these raw materials to be fulfilled."

So far, Guineans have benefited little from them, he said.

Carole Assignon contributed to this article. It has been translated from the German, and updated reflect news development.