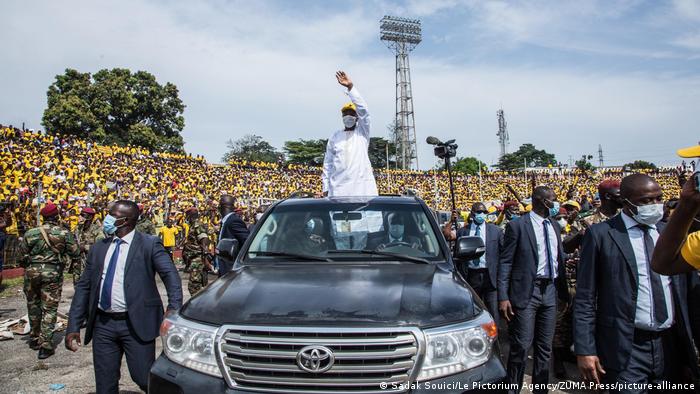 Preliminary results released Thursday show Guinea's President Alpha Conde as the winner of a controversial election that keeps him in office as president for a third term.

Conde's opposition, led by his main election rival Cellou Dalein Diallo, say he his breaking the law by seeking a third term and will contest the results of the election in constitutional court.

Diallo said he has evidence of electoral fraud, accusing the government of manipulating the vote count in Conde's favor.

With 37 of 38 electoral districts counted, Conde received 2.4 million votes versus 1.26 million for his rival Diallo, the Reuters news agency reported. Official final results are expected to be announced on Saturday.

Diallo had declared he won the election on Monday, without waiting for official results or citing figures. 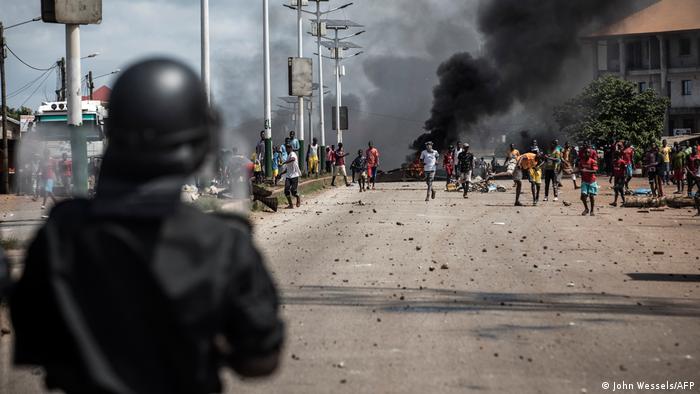 Opposition supporters clash with police in Conakry on Wednesday

Cities across Guinea have been wracked by violence since Sunday's vote, with Diallo's supporters clashing with government forces. At least 10 people have been reported killed.

Conde says a constitutional referendum in March reset his two-term limit. His decision to run for a third term has sparked repeated protests since then, resulting in dozens of deaths.