Guineans head to the polls on October 18 in a tense presidential election pitting two former rivals. Incumbent President Alpha Conde is seeking a third term that has already triggered deadly violence during protests. 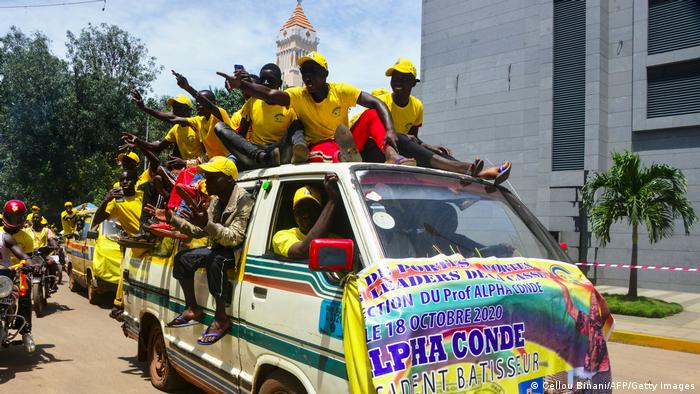 Political tensions are already simmering in Guinea just a few days before a crucial presidential election. Throughout the campaigns, there were incidents of violence and verbal attacks pitting the opposition and President Alpha Conde's supporters.

The situation left little room for the main candidates to discuss issues that directly affect Guineans and how they hope to implement them should they win the election.

In the capital, Conakry, Conde's supporters, mainly the youths, blocked convoys of opposition candidates and tore down their election posters, which often resulted in riots.

According to a report by Amnesty International, between October 2019 and July 2020, at least 50 people were killed in protests, mostly by security forces, and more than 200 were injured. Other rioters were arbitrarily detained. 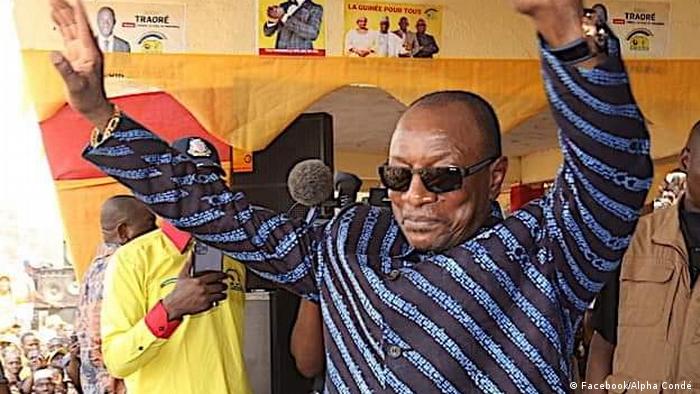 President Alpha Conde of Guinea has been in power since 2010

However, the opposition movement--the National Front for the Defence of the Constitution (FNDC), said the figure at 92 killed in riots since June 2019 much higher than reported. The controversial bid by 82-year-old President Alpha Conde for a third term sparked off the massive protests.

Guinea's constitution originally only provided for two five-year terms for the president. But following a constitutional referendum passed in March, Conde insisted that the counter had been reset to zero for him. Accordingly, Conde is now entitled to remain in office for another twelve years.

No signs of democracy

For many Guineans, the issue of presidential term limits is often explosive and controversial. Hopes of a new political dawn flowered when Conde became Guinea's first democratically elected president in 2010. Before the democratic transition began, the country had been through 50 years of authoritarian rule.

But critics and rights groups now say Conde – a former opposition figure himself – has increasingly veered towards authoritarianism in his current second term.

The current developments are "not exactly a sign of democracy," says Ilaria Allegrozzi from Human Rights Watch (HRW). Alpha Conde's third presidential bid has also led to unrest in the Ivory Coast.

The opposition FNDC under which various opposition groups had come together in the run-up to the constitutional referendum on March 22, wanted to boycott the election. But has since changed its position and will now participate in the weekend election.

Joschka Philipps, a sociologist and researcher with a focus on Guinea at the University of Basel, Switzerland, thinks that the opposition's participation not only "legitimizes Conde's stay in power but also minimizes the risk of confrontations that could throw the country into chaos."

For the third time, Conde's greatest rival for the presidency is the opposition leader Cellou Dalein Diallo. The two political heavyweights competed against each other for the first time in the first free elections in 2010.

"A lot of people have the feeling that this election is a remake of the previous election. Whatever the outcome, it is unlikely to change much," said Philipps.

Diallo, who was prime minister from 2004-2006, is someone well-known to Guineans and for whom they have supported and fought for more than ten years. But the population has become increasingly disenchanted with politics, and there is growing frustration with the entire political elite.

When Alpha Conde became the first democratically elected President of Guinea in 2010, hopes for a new political awakening grew. "Since then, the hope for democracy as a form of government has diminished," Philipps told DW.

The presidential race has attracted ten other candidates, but it is clear that the two front runners are Conde and Diallo.

"Conde has the better cards because he can use state power and machinery," Philipps told DW. The advantages include access to state media and funds. "Many people prefer to join those in power to achieve their interests." With a divided opposition and insufficient funds to run their campaign, it could be a victory for Alpha Conde.

HRW's Allegrozzi expects brutal excesses before, during, and after the election. "Political and ethnic tensions are high across the country," says the human rights activist. 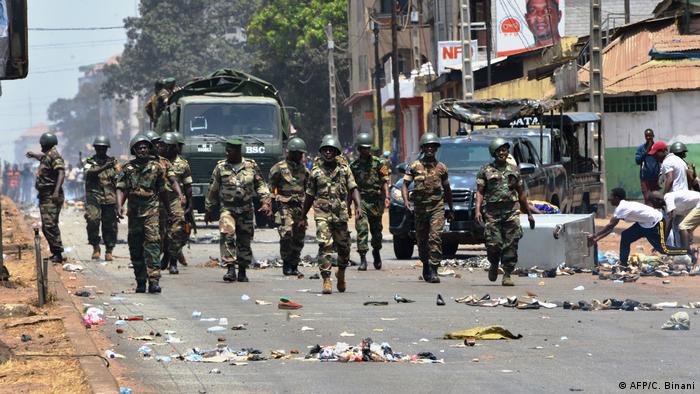 Diallo and Conde come from different ethnic groups. Politics in Guinea, a poor but resource-rich nation of 13 million people, is mostly drawn along ethnic lines.

Conde is mainly backed by the Malinke people, while Diallo supports the Fulani people, a predominant ethnic group in West Africa. However, both candidates insist they are pluralists.

The election campaign is not about delivering vital information to society, Helene Zogbelemou, a member of Guinean civil society, told DW.

"Instead, our political parties are making violent, inflammatory, and extremist statements. We are on a fire today, and we do not know when it will ignite."

Already the United Nations has expressed its discontent at ethnically charged hate speech rising in the lead-up to the polls, warning the situation is "extremely dangerous" and may lead to violence.

Michelle Bachelet, the UN Commissioner for Human Rights, has condemned hate messages in Guinea that lead to growing intolerance and confrontation. 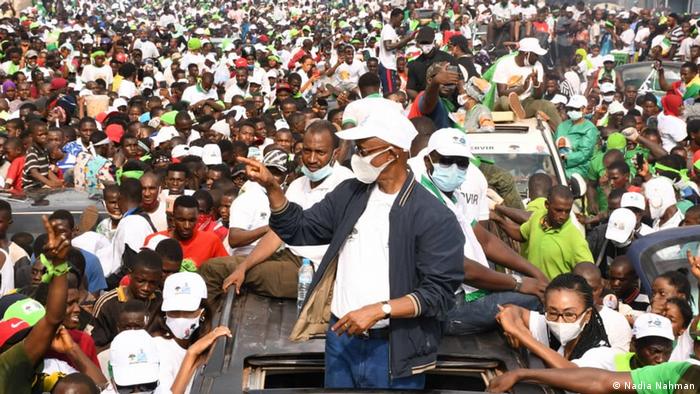 "Given the history of intercommunal violence in Guinea, I am deeply worried about such dangerous rhetoric by political leaders," Bachelet said.

And according to the sociologist Philipps, many international actors are interested in keeping the country stable for economic reasons.

With 7.4 billion tons, Guinea has a good quarter of the world's bauxite reserves - more than any other country.

Guinean civil society groups plan to send observers to avoid riots the day after the vote. Dansa Kourouma, President of the Confederation of Civil Society Organizations in Guinea, has called on all political actors to uphold the peace.

"After the election, we want peace; with peace, we can solve all our problems," Kourouma urged Guineans.

Bangaly Conde and Marco Wolter contributed to this report.

The 77 Percent — Wrangles over the constitution