Incumbent Alpha Conde is set to run for a third term in Guinea despite legal questions arising from the move. The opposition does not seem to know how to deal with the controversy. 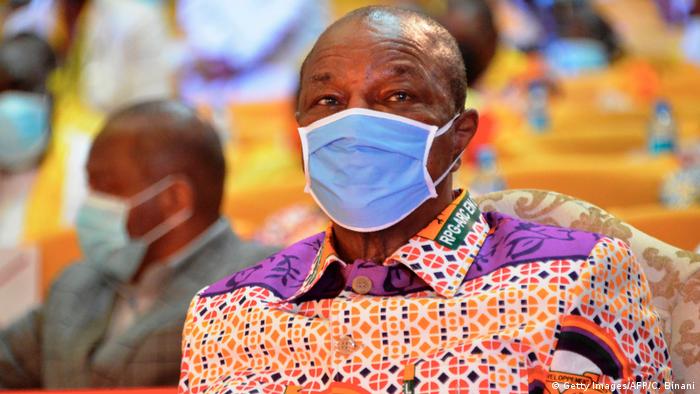 Ten years ago, Alpha Conde was celebrated as the first president since independence in 1958 to come to power in Guinea through free elections. The process did not go smoothly; serious unrest erupted between supporters of the two candidates in the runoff.

Today, a new dispute is forming around Conde. Many believe that his candidacy for a third term is illegal, since the constitution provides for a maximum of two 5-year mandates. Opponents of the 82-year-old leader do not believe his name should be on the ballot for the elections set for October 18.

But the ruling Rally of the Guinean People (RPF) has officially nominated Conde as its candidate. They argue that the new constitution, which was approved in March by a large majority, does not apply to previous presidencies.

Conde's nomination has sparked countrywide protests, including in the RPF stronghold of Kankan, the nation's third-largest city. Clashes between protesters and security forces have led to several deaths and injuries. 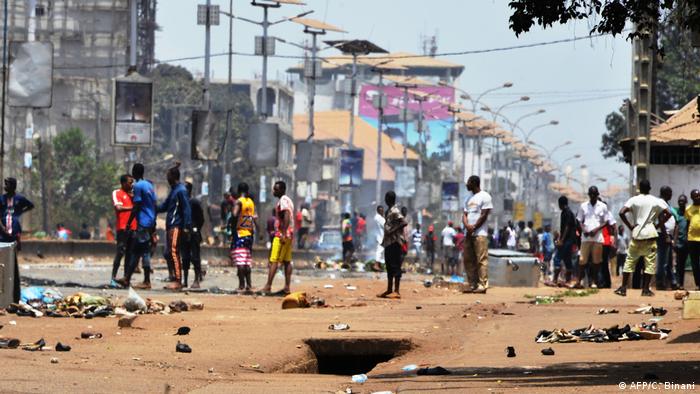 National Front for the Defense of the Constitution (FNDC) was among those who called for protests. The alliance of non-governmental and civil society organizations was formed in the run-up to the March 22 constitutional referendum and called for a boycott of the vote.

The position of the FNDC has since hardened. "We cannot just cross our arms and watch Alpha Conde do what he wants to do on the backs of the Guineans," Al Habib Bah, FNDC's regional coordinator, told DW.

Joschka Philipps, a sociologist at the University of Basel, believes the FNDC is undergoing a difficult transition from a civil society movement to a political force. "At this time, the big question is: who represents the opposition?"

Conde's political opponents have a dilemma, says Guinean political scientist Cabinet Fofana: "A number of political parties have announced their candidacy in the elections. The UFDG [Union of Democratic Forces of Guinea], the main opposition party, has recently organized internal consultations on the question of  participation in the elections," he told DW.

It is not yet clear whether the central figure of the UFDG party, and thus also of the opposition movement FNDC, Cellou Dalein Diallo, will run. However, there could be a repeat of the political events of 10 years ago. Diallo started by being in the lead in the 2010 presidential race, but after clashes, Conde won the run-off. 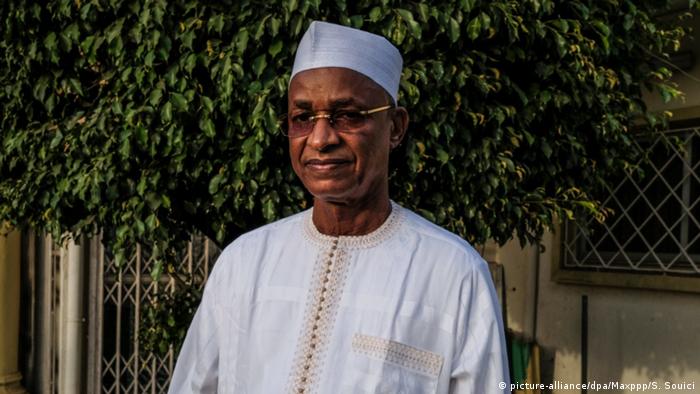 This time, Diallo, who was prime minister between 2004 and 2006, would probably be able to get the support of many voters who disagree with Conde's third presidential bid. But others could criticize him for legitimizing Conde's constitutionally controversial candidacy by running against him.

Diallo's candidacy could also be the ultimate test for the FNDC, implying that established politicians will be given preference within the new alliance.

Fofana believes that the opposition is planning to step up demonstrations. "The question being whether this is at all possible in the context of a state of health emergency," he says, referring to the coronavirus pandemic. He also believes splits within the FNDC would make permanent pressure from the streets more difficult: "More and more actors within the FNDC are thinking about standing for election. This will weaken the cohesion of the opposition movement."

Philipps also sees widespread poverty in the resource-rich country as an obstacle to continuous large demonstrations: "Every strike and protest that drags on for several days really threatens the existence of many people, even though they are against the regime." The security situation is far from certain: "Many observers firmly expect riots to occur," Philipps said. He calls it a miracle that, despite many smoldering conflicts, Guinea has never experienced a civil war on the scale of most of its neighbors. Fofana also sees a danger of violence, at least in the opposition's strongholds.

The FNDC has called for the international community, especially the Economic Community of West African States (ECOWAS), to pay attention to Guinea. "This would prevent a scenario like the one in Mali from repeating itself in Guinea," FNDC spokesman Ibrahim Diallo said. ECOWAS envoys are trying to moderate between conflict parties involved in a coup in mid-August in Guinea's neighbor to the northeast.

By calling for a boycott of the referendum on a new constitution, the opposition prevented the international community from being able to exert legitimate pressure against a possible third term in office for Alpha Conde. "But if something should happen, Guinea would not be alone," political scientist Fofana told DW. "There will be institutions like ECOWAS, the African Union, the European Union and so many others that will inevitably get involved."

Bangaly Condé (Conakry) and Bob Barry contributed to this article.

Guinea votes as president seeks to extend decade in power 18.10.2020