Almost half of all minijobbers in Germany took home less than the statutory minimum wage in 2015, a study by the Institute of Economic and Social Research at the Böckler Foundation has shown. 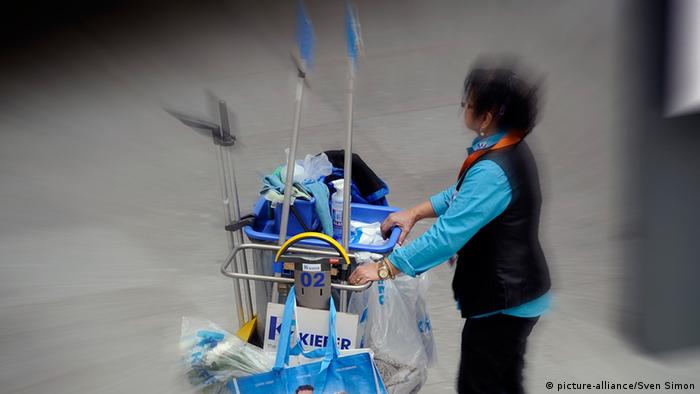 In Germany, a minijob is a specific kind of employment whereby an employee earns no more than 450 euros ($479) a month which they do not pay tax on. The system was developed to allow employers to take on extra staff without being subject to insurance obligations. In return, the system is designed to make it easier for part-time employees to take on extra work on the side.

Far from allowing minijobbers to work a little extra to make ends meet, the study found that many were left at a greater risk of poverty: almost half of all employees earned less than 8.50 euros an hour in 2015, below the minimum employers are obliged to pay under German Federal Law. One in five people were paid less than 5.50 euros, the study found. The minimum wage was introduced in Germany in early 2015 and now stands at 8.84 euros.

"The figures leave no doubt that companies did not increase the wages of a considerable number of minijobbers," the study authors Dr. Toralf Pusch and Dr. Harmut Seifert said. They concluded that the minimum wage had "not yet been widely implemented" in the minijob sector of the labor market and that effective controls were lacking.

While students have swollen the ranks of Germany's 7.4 million minijobbers, currently almost 4.8 million employees count their minijob as the principal work activity, according to the Federal Employment Agency (BA).

"Those not paying the minimum wage of minijobbers, are sponsoring poverty - especially poverty in later life," said Adolf Bauer, president of welfare lobby association SoVD, adding that the current minimum wage of 8.84 euro was not enough to guarantee a "poverty-proof old-age pension," either.

Another area of concern for the report authors was workplace entitlements: They found that alongside discrepancies in minimum wage application, holiday and sick leave pay were also frequently lacking.

The Institute of Economic and Social Research carried out its study over two years, surveying the labor market activity of 27,000 people in the first year, and 13,000 in the second year.

No minimum wage for some migrants?

The German government is considering excluding migrants from their right to minimum wage should they need further traineeships to get their associate degrees recognized, media reports have said. (02.01.2017)