Mine clearance - treading on dangerous terrain | World| Breaking news and perspectives from around the globe | DW | 03.04.2012

Long after a conflict is over, the danger of landmines remains, affecting more than 80 countries. Germany finances demining projects across the globe - it's painstaking and dangerous work. 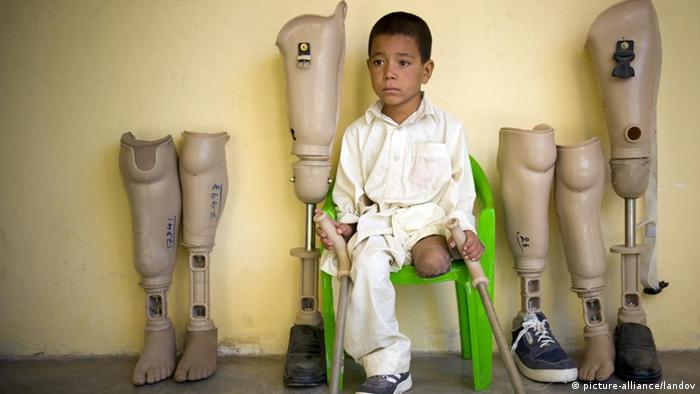 Everything has been going according to plan for Peter Willers. It's something the former Bundeswehr colonel doesn't take for granted, since his work is highly dangerous: for the last four years he has been in Cambodia to help clear the land of the millions of landmines, bombs and grenades still in the ground after 30 years of war.

"Everyone who works makes mistakes," Willers, 72, says. "But if one of us makes a mistake, it can cost him his life, or at least a foot." 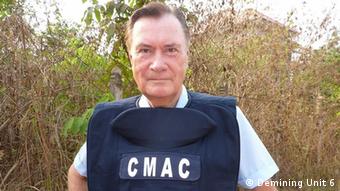 The mine clearance expert has also worked in Kosovo, Chad and Rwanda.

A soft drink can or a mine?

In Kosovo, two of his colleagues lost a foot, while his deputy and five other teammates died in Chad in the process of clearing an explosive. Willers heads the 330-strong Demining Unit 6 - they face the danger of making a fatal mistake every day. Last year, the unit cleared Camboda's Siem Reap province of about 4,000 mines and more than 20,000 unexploded bombs.

Demining is painstaking work. Before they can start using metal detectors, the 31 members of one of the eight clearance platoons must cut down what is often sprawling vegetation. When a detector beeps, the deminer inserts a special needle, similar to a knitting needle, diagonally into the ground. If it meets with resistance, it could be a mine - or just a rock.

For every mine that is found on such battlefields strewn with grenade shrapnel, there are 600 false alarms. Eight large clearance platoons systematically clear one area after the next, while ten smaller teams stand ready to clear mines or defuse bombs at any instant. 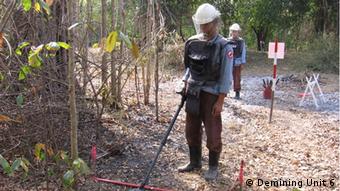 Risking their lives: deminers at work

"Fighting poverty is a significant part of our work," says Peter Willers. His unit cleared 450 hectares of land in 2011: "If a rice farmer has 2 hectares of land, he's no longer poor." Two years ago, the Cambodian government honored Willers with the Royal Order of Sahametrei.

Mines claimed 286 victims in Cambodia last year - in 1994, the figure was ten times as high. By 2020, the German clearance experts hope to have cleared most mines in Cambodia.

Don't run after the ball

This includes funding more than 1000 deminers currently searching for concealed explosive devices in Afghanistan in cooperation with the German aid organization Medico International.

An end is not in sight, says the group's Anne Jung: "Mines are still being laid," she says, and adds the group has no idea who is planting the devices.

But clearing mines is only one part of Medico International's mission. The aid organization also educates families about the dangers that lurk in the ground. Worldwide, one out of three mine victims is a child. "Our team has to break children's habits," Jung says. "They have to learn not to run after a ball that rolls under a bush."

To highlight the importance of information campaigns, the UN in 2005 declared April 4 "International Day for Mine Awareness and Assistance in Mine Action." 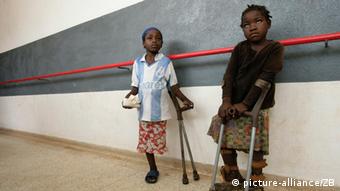 One out of three victims is a child

Germany has a political responsibility to participate in demining projects, Jung says: "For decades, German companies made a handsome profit manufacturing these lethal weapons."

But in 1998, Germany ratified the Ottawa Convention that prohibits the use, stockpiling and production of anti-personnel mines. In addition, the German armed forces have renounced the use of anti-vehicle mines - explosives not affected by the Ottawa ban. 160 states have ratified the convention, although not China, Russia or the US.

The track record looks good, Jung says, because more mines are cleared than planted. But even if this positive development continues, "a landmine victim is a landmine victim for life. Jung says. "We'll be taking care of the victims for decades to come." 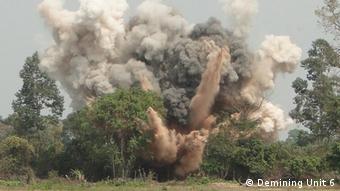 Christian Schlierf, an orthopedic technician from Nuremburg, regularly deals with the victims of landmine injuries. For more than 10 years, he has worked in Bosnia and Herzegovina, one of the countries most seriously affected by landmine contamination. "Farmers or children go into the forest to fetch wood and step on a mine," Schlierf says. "Those are typical victims."

Mines are usually constructed in such a way that they don't kill the victim, but tear off his leg, this turning an injured soldier into a burden for the enemy army. Landmines are designed to harm adults, not children. If their much smaller bodies are hit and they survive the blast, they are usually much more seriously injured.

But of course, the explosives result in all manner of injuries in adults, too, says Schlierf. Some victims are missing a hand or arm, sometimes on both sides.

"When someone has stepped on a mine, you can amputate up to a person's navel," orthopedist Schlierf says; shrapnel often affects more than one leg, sometimes even the internal organs. The emotional wounds can be just as severe: one of the German orthopedist's patients barely survived a landmine, but lost her entire family. 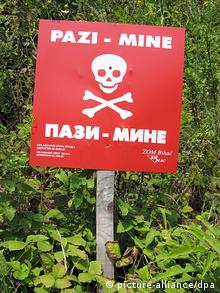 If treated professionally, adults who lose a foot or lower leg can expect to be reintegrated. "Some patients with an artificial lower leg walk so naturally that people won't necessarily notice," Schlierf says.

But professional medical treatment is the exception rather than the rule in countries where mines are buried. In the aftermath of emergency surgery, splintered bones can pierce the unevenly-sewn skin covering a stump, a common occurrence in the Bosnian war. This can make wearing an artificial limb an ordeal, Schlierf says.

A task without end

In 2006, Schlierf founded "Human Study," an organization that trains orthopedic technicians in the former Yugoslavia.

While the US State Department funds Human Study in the Balkans, the German Foreign Ministry has earmarked 2 million euros to support demining efforts in the region. The number of victims dropped significantly, from 513 in 1996 to six in 2010, but it is unlikely that all explosives hidden in the ground will have been destroyed by the target date of 2019.

The same is true for Cambodia: the country will not be free of mines and bombs by 2020. After all, Willers says, bombs from World War II are still unearthed in Germany more than 65 years later.

But Willers is confident about the future: "By 2020, landmines and unexploded bombs will no longer stand in the way of Cambodia's development."

Human Rights Watch says Syria has placed landmines along its borders with Lebanon and Turkey. Despite the apparent danger, refugees continue to flee across the frontier. (13.03.2012)

As the global community descends on Bonn for an Afghanistan conference, the International Committee of the Red Cross wants more protection for aid workers and hospitals in conflict zones such as Afghanistan. (02.12.2011)

Medic Saw Poe Aye roams the Myanmar jungle helping people trapped in one of the world's oldest civil wars, risking prison or death if caught by a regime that seeks him as an enemy. (12.09.2011)

Listen to the report on the anti landmines campaign