Turkey is in a state of uncertaintly after an attempted military coup in the country. The Turkish military has released a statement saying it has 'seized control' of running the country. 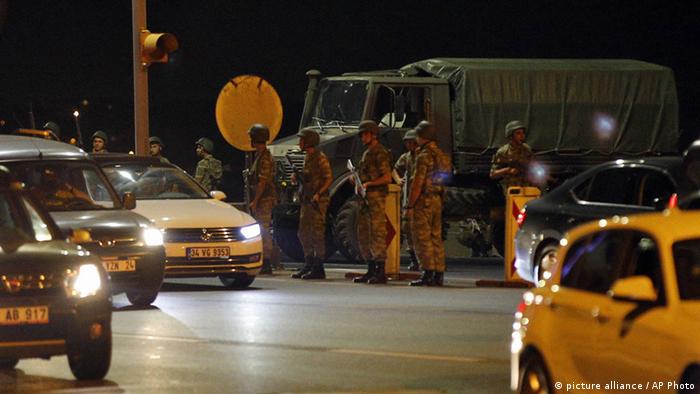 The Turkish army deployed on the streets of Ankara and Istanbul on Friday, claiming to have taken over the country as the prime minister said the government was still in control.

Prime Minister Binali Yildirim told Turkish television "security forces had taken necessary measures" in response to a possible "attempt" by a group within the military, adding that it would be wrong to call it a coup.

Turkish TRT news read a statement alleged to be from the Turkish Armed Forces saying the government administration had been taken over by the military "to reinstall the constitutional order, democracy, human rights and freedoms, to ensure that the rule of law once again reigns in the country, for the law and order to be reinstated."

The coup plotters appear to have taken control of TR. A news anchor read a series of explantions for the coup. The news anchor, reading a statement, said the coup was being carried out due to an autocratic threat to the country's democracy, violation of the constitution, corruption, national security threats and the violation of the principle of Ataturk, the founder of mondern Turkey.

About an hour later the Defense Ministry said the Turkish Armed Forces statement was fake.

State run Anatolia News Agency reported that Chief of the General Staff and other top generals have been taken hostage by a group of soldiers at military headquarters in Ankara.

Gunfire could be heard in Ankara, where jets and helicopters were flying low over the capital. CNN Turk reported gunfire sounds at the General Staff headquarters in Ankara.

In Istanbul, the military blocked the two bridges connecting the Asian and European sides of the city. Istanbul's Ataturk Airport was closed with a heavy presence of soldiers and tanks

Turkish media speculated that the rebel group within the military was tied to loyalists of exiled Islamic preacher Fethullah Gulen, who the government has accused of forming a "parallel state" and terrorist group. Gulen is an ally-turned-foe of President Recep Tayyip Erdogan currently living the United States.