Tensions between India and Pakistan are escalating, as a third skirmish between Indian forces and militants killed one border guard. New Delhi claims the militants are armed and trained by Pakistan. 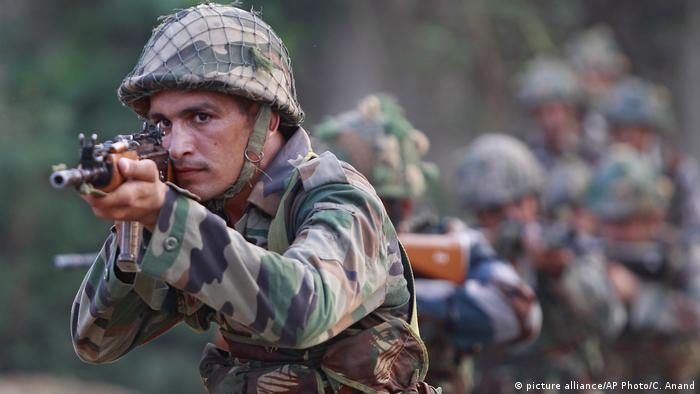 One border guard was killed during a militant attack on a police army camp in the Kashmiri town of Baramulla, home to a unit of India's Border Security Force (BSF).

"One BSF personnel was killed and one injured when militants tried to enter an army camp," said local Police Superintendent Imtiyaz Hussein.

There have been local reports that two of the attackers were also killed, but that could not immediately be confirmed. 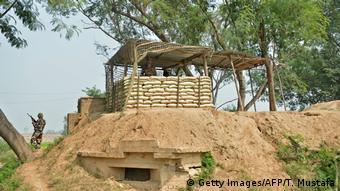 This is just the latest skirmish in two weeks between Indian forces and militants, which New Delhi claims are armed and trained by Pakistan.

India says the insurgents are seeking independence from India or a merger with Pakistan, a charge Islamabad has denied.

The two countries have gone to war twice over the Himalayan territory since each country gained independence from British rule nearly 70 years ago. Two weeks ago, militants attacked an Indian military camp in Uri, killing 18 soldiers.

India responded to that attack last week, announcing it had carried out "surgical strikes" against militant camps and destroyed "terrorist launching pads" on the Pakistani side of the heavily guarded Line of Control, claiming it had also inflicted significant casualties.

Pakistan denied such an attack had occurred.

A key South Asian summit due to take place in the region next month has been cancelled by Nepal, which currently chairs the South Asian Association for Regional Cooperation (SAARC).

Nepal canceled the summit on Sunday due to the escalating military tensions between India and Pakistan, but the summit's fate was already in doubt as India had already declared it would not attend the meeting, due to be held in Islamabad. According to the SAARC charter, a summit cannot go forward if even one of its eight members withdraws.

Nepal's Foreign Affairs Ministry issued a statement, saying that it "regrets that the regional environment is not conducive" to hosting the summit.

Pakistan has called on UN Secretary-General Ban Ki-moon to intervene to help defuse tensions with India over Kashmir. The UN has urged restraint after New Delhi carried out strikes inside the Pakistani-controlled region. (01.10.2016)

New Delhi has pulled out of a key regional summit in Pakistan amid renewed tension between the two neighbors over Kashmir. An Indian army base in the disputed region was attacked earlier this month. (27.09.2016)